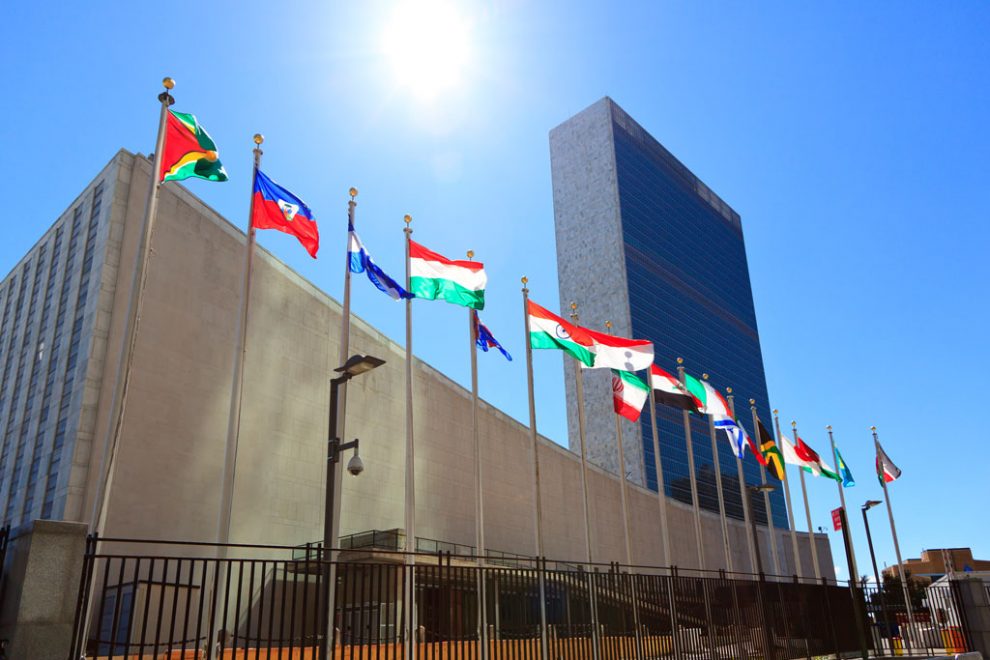 United Nations: India has strongly hit out at Pakistan at the UN, saying the world knows where perpetrators of the 2008 Mumbai, 2016 Pathankot and 2019 Pulwama terror attacks came from and it is “regretful” that facilitators of these “dastardly” acts continue to enjoy State support and hospitality.
Counsellor in India’s Permanent Mission to the UN Rajesh Parihar began his remarks to the open briefing of the Counter-Terrorism Committee on Monday by recalling that exactly three years ago on February 14, 2019, 40 brave men of Indian security personnel were killed in a dastardly terrorist attack in Pulwama carried out by Jaish-e-Mohammad (JeM).

“The world had witnessed the horrors of the 2008 Mumbai terror attack, the 2016 Pathankot terror attack, and the 2019 Pulwama terrorist attack. We all know from where the perpetrators of these attacks came from, Parihar said, delivering India’s national statement at the open briefing on the work of the Counter-Terrorism Committee Executive Directorate (CTED) with the Member States of South and South-East Asia.

He said it is “regretful” that victims of these dastardly attacks are yet to get justice, and the perpetrators, facilitators and financiers of these attacks continue to walk free, still enjoying State support and hospitality, making a reference to Pakistan.

“This epicentre of terrorism nurtures terrorist entities with links to more than 150 UN-designated entities and individuals, and its leaders often extol terrorists as martyrs’, he said, alluding to Pakistan Prime Minister Imran Khan calling slain al-Qaeda leader Osama bin Laden as a martyr’.

Parihar asserted that India is “fully committed” to bringing the perpetrators of these terror attacks on its soil to justice, while he emphasised that it is high time the international community calls upon this epicentre of terror state to take effective, credible, verifiable, and irreversible actions without further delay against terror outfits operating on its territory and under their control.

“We have consistently witnessed terror attacks on ethnic, sectarian and religious minorities, including Christians, Hindus and Sikhs. The growth of extremist ideology in our neighbouring state is bolstered by their patronage of radical outfits. The mainstreaming of radicalism and communal ideology by the State has also provided a fertile environment for the growth of terror infrastructure in the region, he said.

“The UN-designated terrorist groups, such as Lashkar-e-Taiba, Harkat-ul-Mujahidin, and Jaish-e-Mohammad, as well as their aliases and proxies continue to operate in the region targeting civilians, security forces, places of worship, soft targets and critical infrastructure, he said.

Underlining that India has been at the receiving end of terror acts, including cross-border terrorism, for past several decades, Parihar said the country has also been at the forefront of the collective global fight against terrorism, advocating and practicing a zero tolerance policy towards terrorism.

India’s Permanent Representative to the UN Ambassador T S Tirumurti had opened the briefing with his remarks as Chair of the Counter-Terrorism Committee.

Delivering the remarks in his capacity as Chair of the Counter-Terrorism Committee, Tirumurti said that linkages between the Taliban, Al-Qaeda and UN Security Council-designated terror entities such as LeT and JeM, are a further source of concern .

He noted that “serious concern” remains that Afghanistan may become a safe haven for Al Qaeda and other terrorist groups in the region.

He stressed that the recent 1988 Committee report to the Security Council noted that the ties between the Taliban, largely through the Haqqani Network, and the al-Qaeda and foreign terrorist fighters remain close and are based on ideological alignment and relationships forged through common struggle and intermarriage.

Tirumurti underlined that the Taliban’s rise to power in Afghanistan also poses a “complex security threat outside the region, particularly in parts of Africa, where terrorist groups may try to emulate the Taliban’s example.

He noted that since their military defeat in the conflict zones of the Middle East, ISIL and Al-Qaida have been seeking to establish a foothold in both South and South-East Asia.

He emphasised that the misuse of information and communications technologies (ICT) including new technologies such as artificial intelligence (AI), robotics, deep fakes , and Blockchain for terrorist purposes is on the increase.

“Use of drones for cross-border trafficking of arms, drugs and launching terror attacks have also remained an issue of serious concern, he said.

He called on member states to harness the power of new technologies to counter terrorist threats in a responsible and human-rights compliant manner.