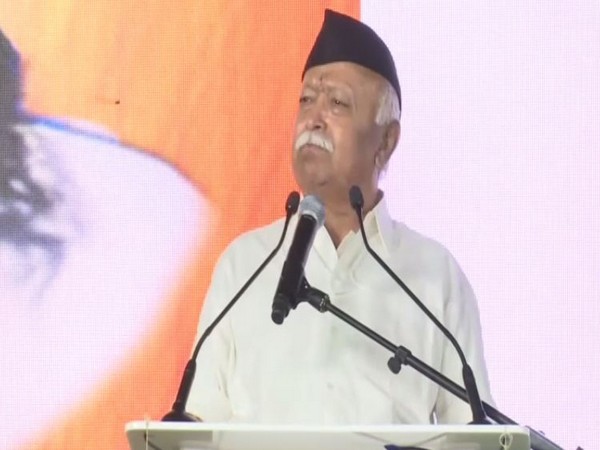 RSS chief Mohan Bhagwat on Wednesday said that India has traditionally been “Hindutvawadi” and that the Sangh regards the 130 crore population of the country as “Hindu society” irrespective of the diversity of religion and culture here.”When RSS calls someone a Hindu then it means those people who consider India as their motherland and love it…The son of mother India, irrespective of what language he speaks, which religion he practices, whether he follows any form of worship or not, is a Hindu,” Bhagwat said while addressing people at a three-day programme of RSS here.

“So for the Sangh, all 130 crore people of India are a Hindu society. RSS considers everyone as their own and wants the development of everyone. Sangh wants to take everyone together,” he said.”…The traditional thought of India is to move ahead together… People say we are ‘Hindutvawadi’. Our country has traditionally been ‘Hindutvawadi’…,” the RSS chief said.

Bhagwat said that the Sangh works for the country and they always want Dharma to win.Quoting Rabindranath Tagore, he said that politics alone cannot bring change in the country, change can only be brought about by people.

Mos for Home G Kishan Reddy, BJP national general secretary Ram Madhav and other leaders from Telangana unit of the party also participated in the meeting held in Hyderabad.The RSS activists had taken out massive foot marches from different places and joined the main march at LB Nagar from where they marched towards Saroornagar stadium where the event was held.