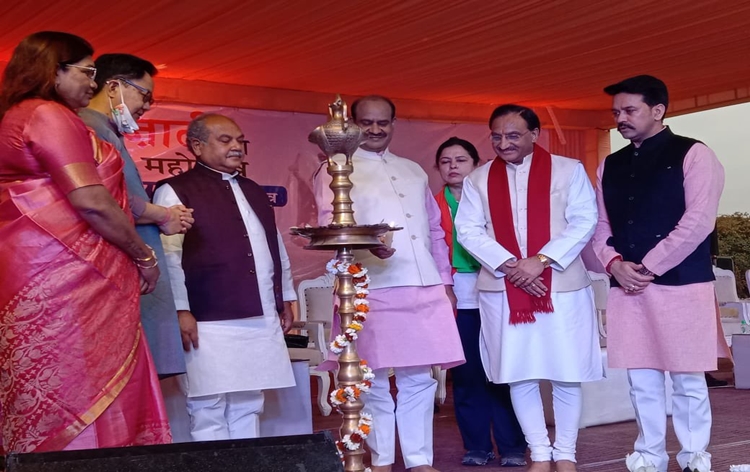 Lok Sabha speaker Om Birla said India has become a strong democracy in 75 years of Independence. Addressing a gathering of youth at Quila Rai Pithora in Delhi on the occasion of Aazadi Ka Amrit Mahotsav, he said that India with 17 General Elections and over 400 state elections has become an example of strong democracy. He said, power transfer was always a smooth transition in India. He called for imbibing the selflessness of country’s freedom fighters and called the youth to take pledge to put the nation first in every effort.

Education Minister Ramesh Pokhriyal Nishank appealed the youth and students to take inspiration from Bhagat Singh and his comrades’ hideout in Delhi University. He appealed the youth to write the experiences of living freedom fighters of their localities.

Youth Affairs and Sports Minister Kirren Rijiju has introduced the names of several freedom fighters from Northeast states to remind the contributions of people from various disciplines and regions. He underlined the importance of PM’s Ek Bharat Shreshtha Bharat programme to unite various diversified cultures of the country.

Speaking on the occasion, MoS for Finance, Anurag Thakur said, from 75 th to 100th anniversary of Independent India journey will be fulfilling the dreams of youth . He said, understand the leadership of Modi, aatmanirbhar India will be a Vishwa Guru and top three economies in the world.

Cultural events followed by the event have enthralled the audience.