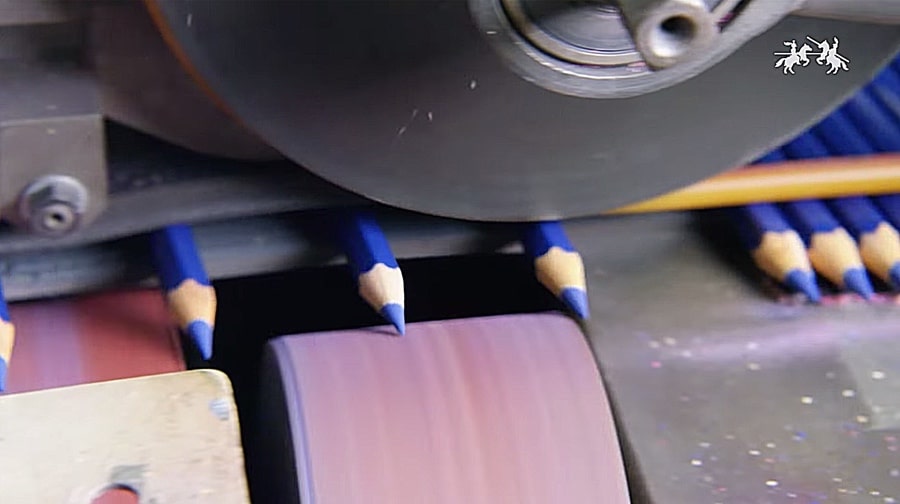 Srinagar: Oukhoo village in south Kashmir’s Pulwama district, popularly known as ‘Pencil Village of India’, writes its own growth story as it supplies 90 per cent of the raw material to country’s pencil manufacturing units besides exporting it to 150 countries with the handholding of J&K government.

Earlier, India used to import wooden supplies from countries like China. But since 2010 local entrepreneurs decided to make use of Kashmir’s famous poplar trees, a peculiarly supple wood which makes it best suited for manufacturing of pencils. The poplar wood grows best in the valleys of Kashmir where the moisture content is ideal and the weather conditions allow the wood to remain soft during the tree’s growth.

The government announcement regarding resumption of offline classes has rekindled the hope of better business for Manzoor Ahmad Alai (45), owner of one of the biggest pencil slate making factories in Oukhoo after disappointment writ large on his face during the Covid period.

In 2011, after Alai toured Jammu to learn about skills of making of wooden slats, from which pencils are sliced out, he set up a unit in Oukhoo with assistance from Hindustan Pencils, a leading pencil manufacturer and exporter of India.

“This spring has again brought spring in our lives too. The schools, colleges have opened up again. We are now racing supply against demand from big brands across country. Most of my workers from outside J&K have returned back and rest of them also joining us in some days to cater to the demand,” Jubiliant Alia said, “Government has facilitated us. We now want round the clock electricity to accelerate our production.”

The village came into the limelight after Indian Prime Minister, Narendra Modi, mentioned its success story in his monthly radio programme ‘Mann Ki Baat’, where he had spoken at length about “Pencil Village of India”.  He had said that Pulwama in Jammu and Kashmir is emerging as a hub for pencil manufacturing.

“Today, Pulwama is playing an important role in educating the entire nation. If the students across the nation do their homework, prepare notes, it is because of the hard work of the people of Pulwama,” PM Modi had said in his 70th Mann Ki Baat address.

“Almost 90 per cent of the demand for pencil slate in the country is met by the Kashmir Valley and Pulwama has a big share in that. At one time, we used to import the wood for pencils, but now, Pulwama is making the country self-reliant in this field,” he had added.

To give much needed impetus to the industry, Government of India approved the new Industrial Developmental Scheme for Jammu & Kashmir. The scheme will go a long way in ushering an era of socio-economic development of the region as also catering to the aspirations of people.

“The scheme is being implemented with the vision that industry and service led development of J&K needs to be given a fresh thrust with emphasis on job creation, skill development and sustainable development by attracting new investment and nurturing the existing ones,” Lieutenant Governor, Manoj Sinha, had said at the launch of the scheme.

New Industrial Development Scheme for J&K will give a boost to domestic manufacturing in the region and help the UT become Aatma Nirbhar. It will encourage new investment, substantial expansion and also nurture the existing industries in J&K besides providing a major support to local industry creating new business opportunities.

Travel from Srinagar to Mumbai in 20 hours by this year end: Gadkari
Vikramaditya resigns from Cong; MHA accepts resignation for Farooq Khan
Comment