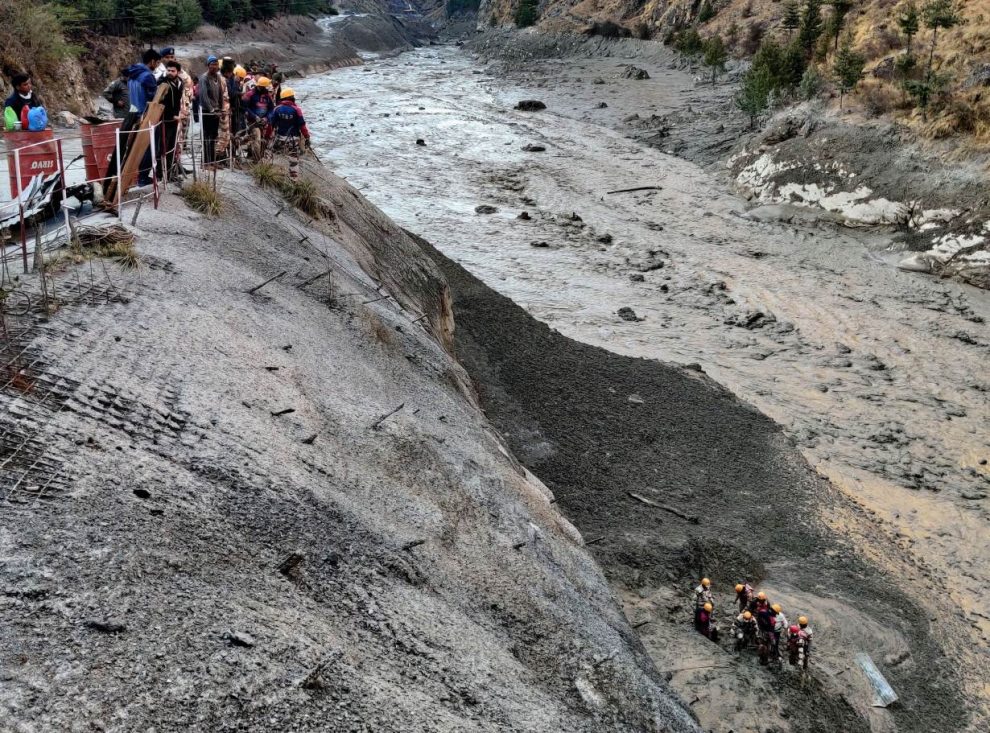 SRINAGAR: Environmentalists have urged the Indian government to review its policy of building hydropower dams in fast-warming mountain regions, after an apparent glacier collapse this week led to flooding that swept away one dam and left at least 26 people dead.

The Sunday flash flood in India’s northern Uttarakhand state, triggered by what scientists said they believed was a large avalanche of glacier ice and rock, left up to 200 people missing in the Himalaya region.

Rescuers this week were racing to try to free dozens of dam construction workers trapped in a tunnel by debris carried by the wave of floodwater.

Scientists said the disaster was difficult to directly link to climate change in a region where landslides are common – though temperatures are rising faster in the Hindu Kush-Himalaya mountains than in other parts of the region.

But Anil Kulkarni, a glacier expert at the Bengaluru-based Indian Institute of Science, said global warming and “local factors such as deforestation for developmental projects and large-scale construction activities could have contributed to the disaster”.

Continuing construction of hydropower dams in the region needs reconsideration, not just because of warming risks but because of broader environmental impacts, said Sunita Narain, head of the New Delhi-based Centre for Science and Environment.

About 7,000 megawatts worth of hydroelectric projects are already operating or being constructed in the fragile mountains of Uttarakhand, she said.

The projects are going ahead as India tries to move to cleaner renewable energy and provide more power for development, including in more remote regions.

But such efforts need to be limited by “the carrying capacity of the fragile Himalayan region, which is even more at risk because of climate change”, Narain told the Thomson Reuters Foundation.

If dam building continues, more disasters like this week’s are likely, she said.

“There is no question that we are going to see more of this, not less, unless we change the way we do business with the environment,” Narain said, urging “better-studied decisions on the projects”.

Jigmet Takpa, joint secretary at India’s Ministry of Environment, Forests and Climate Change, said that improving provision of energy in India was crucial for the population’s welfare.

“Whenever such disasters strike, people start questioning the government. Though it is their right to ask questions, it needs to be understood that natural disasters are beyond the government’s control,” he told the Thomson Reuters Foundation.

He said India’s government and people needed to work together “to develop adaptive strategies to avoid damage”, such as ensuring homes are not built near riverbeds.

But Ravi Chopra, director of the Peoples Science Institute, which works on water, environment and disaster issues in India, said that with the cost of solar energy rapidly falling, building more mountain hydropower dams was unnecessary.

Hydropower produced in Uttarakhand costs about three times as much as equivalent solar power, he said, arguing that “in this time and age, hydropower makes no economic sense”.

Big international funding institutions have largely moved away from supporting controversial big hydropower projects, though many smaller-scale dams are still being built globally.

Chopra said that after heavy rains in 2013 spurred disastrous flooding and landslides that killed more than 5,000 people in Uttarakhand, a committee appointed by the Supreme Court had recommended no dams be built above an elevation of 2,000 metres (6,500 feet).

But Chopa, who was a member of the committee, said dam building had continued – including construction of the dam destroyed in Sunday’s flash flood.

Sharachchandra Lele, of the Centre for Environment and Development at the Ashoka Trust for Research in Ecology and the Environment, said the government needed to rethink its development strategy for the Himalayas.

“Damming of rivers, tunneling for power generation, and indiscriminate road building are magnifying these risks and their impacts.” 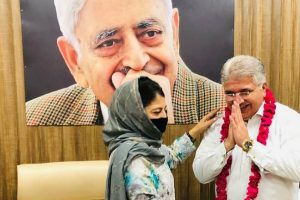