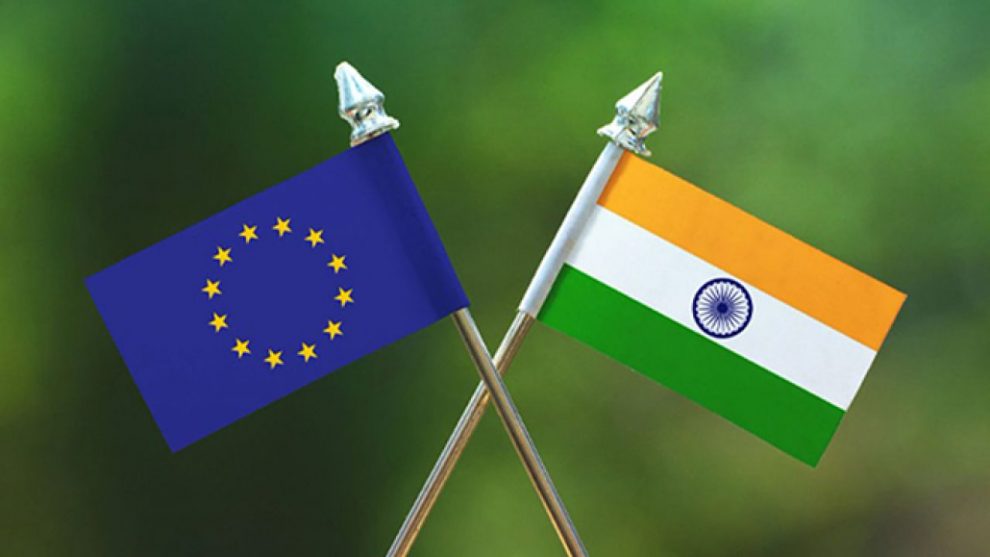 Both India and the EU have been keen to maintain the momentum in their bilateral interactions, despite the challenges posed by the pandemic. The two sides, for instance, met in a virtual format in July 2020. India-EU interactions have taken place in the context of a challenging geo-political situation due to the rise of China on one hand and the decline of multilateralism, on the other. While these dynamics were present even before the onset of the pandemic, they have witnessed a sharp acceleration as a result of the pandemic.

It was during the Portuguese presidency of the EU in 2000 that the first ever EU-India Summit was held. That summit provided a significant impetus to bilateral ties. Fifteen Summit meetings have since been held. It is expected that the forthcoming Summit-level interaction will further invigorate and provide a fresh direction to the bilateral relationship, even as both sides grapple with bilateral, regional and global challenges.

The EU is India’s largest trading partner and largest investor in India. One of the most significant areas that both sides should focus on is to unblock the discussions on the Bilateral Trade and Investment Agreement, which was launched at the 7th India-EU Summit held at Helsinki in 2006. Both sides had agreed on an ambitious target to complete the negotiations by 2009.

This could not be achieved partly due to the global economic crisis in 2008. Subsequently, discussions came to a grinding halt in 2013 as positions of the two sides on market access issues in goods and services — specifically relating to automobiles and alcoholic beverages (to India), and temporary movement of skilled professionals (to the EU), could not be reconciled. India and the EU at their July 2020 virtual summit decided to set up a Ministerial Group to break this logjam. Commerce Minister Piyush Goyal and the EU Commissioner for Trade, Valdis Dombrovskis, also met virtually in February 2021.

It needs to be recognised that the issues which engaged the attention of negotiators in the initial stages of discussions are very different from the critical issues today, which range from data privacy and security, innovation, AI, 5G, supply chain resilience, investment security, technical standards, and others. It is also relevant that the United Kingdom (UK), which was the biggest stumbling block as regards the movement of Indian professionals to the EU, is no longer a factor in the talks, after Brexit.

It is reported that the two sides are considering entering into a mini-trade deal to pluck some of the low-hanging fruits while continuing discussions on a comprehensive trade agreement. This would appear to be the prudent approach at this stage when the appetite for taking ambitious and bold decisions on both sides would be limited.

Convergence on the Indo-Pacific

The Indo-Pacific has gained global salience, with the US, India, Japan, Australia, ASEAN, and several EU countries, including France, Germany and the Netherlands, sharing their vision for this dynamic region. There is increasing convergence on the need to maintain a free, open and inclusive Indo-Pacific based on a rules-based international order with peaceful resolution of disputes according to the tenets of international law, particularly the UN Convention on the Law of the Sea (UNCLOS).

The EU could consider creating an EU-wide Indo-Pacific approach, which is progressive and forward looking. If it is not possible, countries that have significant interests in peace and security in the region could get actively associated with the deliberations to enhance cooperation on common objectives. Countries like France (and even the UK, although it is not formally part of the EU), for instance, could get associated with Quad activities in a formal or an ad-hoc manner. This would provide greater substance to the desire and aspiration of the EU to become a geo-political entity of standing.

In addition to discussions on maritime security, an agreement on which was reached at the July 2020 summit, the two sides also need to focus on other issues like emerging technologies, health security, cyber-security, crisis prevention, military-to-military exchanges, and joint connectivity projects in third countries, to strengthen their partnership.

Multilateral institutions are some of the hardest hit by the pandemic. The UN Security Council has failed to function effectively for quite some time. But its abject failure during the pandemic has been the most stunning. Both India and the EU are strong votaries of effective and reformed multilateralism. They should invigorate their engagement for reform of the United Nations, particularly the Security Council, so that it can be expanded and India, along with others, can occupy their rightful place on it.

The World Health Organisation (WHO) has been found severely wanting in fulfilling its mandate. This has become even more evident after the futile visit of the WHO team to China to find the source of the coronavirus. The organisation is also crying for reform after its Dispute Settlement Body was impacted due to the non-approval of members of the Appellate Body by the US.

Climate change is another burning issue where added push needs to be given to global cooperation to meet the ever-growing challenge. India has taken far-reaching steps in meeting its commitments under the Paris Accord. It is encouraging that the US has also joined the Paris Agreement and appointed John Kerry as its lead negotiator on this important issue.

Dealing with an Aggressive China

China’s aggression against India that led to the loss of lives at Galwan and the amassing of troops and military equipment on the Indo-Tibetan border in violation of agreements signed by it, its threatening posture against Japan, repeated violations of air defence identification zone (ADIZ) of Taiwan, apart from its flagrant violation of human rights in East Turkistan (Xinjiang), Tibet, Hong Kong, and South Mongolia, stand out.

China’s muscle-flexing in the South China Sea by occupying and militarising islands and the Exclusive Economic Zone (EEZ) belonging to other littoral States in violation of international law, its so-called ‘wolf-warrior’ diplomacy, and proclaiming a charter of 14 demands vis-à-vis Australia, are elements of its increasing belligerent behavior that should rile India and the EU, who are strongly in favour of a rules-based international order.

China has been trying to spread the false narrative that its system has been eminently successful in dealing with the health and economic crises unleashed by the pandemic while democracies have failed miserably at handling it. This is even as China has tried to hide details of the coronavirus outbreak when it first erupted in Wuhan in November 2019 and subsequently did not accept responsibility for its acts of commission and omission in this regard.

China’s perverse manipulation of the geo-economic architecture by weaponising its dominance of the supply chains in pharmaceuticals and medical equipment, which ironically exposed the over dependence of many countries on China, has brought home to the world that it is not a trustworthy partner. Countries are actively devising methods to create alternative sources of supply in which India could be a reliable and credible partner.

It is disquieting that China has been trying to sow dissensions within the EU by promoting the 17+1 initiative, focusing on the central and the eastern European countries. The conclusion of the Comprehensive Agreement on Investment on the last day of the German Presidency on December 30, 2020 has sent confusing signals to the world about the EU’s interest and commitment to push back against Chinese authoritarian policies. This is seen by several analysts as an attempt by China to create fissures in the transatlantic partnership.

Chinese belligerence in its neighborhood and beyond has clearly brought out that it will not hesitate to employ military means to achieve its political, strategic and economic objectives. It becomes imperative, therefore, that like-minded entities like India and the EU, along with others like the US, Japan, Australia, France and the UK, act in concert to protect their core interests as well as promote common objectives.

India and the EU, with 1.3 billion and 450 million people respectively, are the largest democratic spaces in the world and natural allies, who adhere to and promote rule of law, within their own territories and in the world. India and the EU stand on the threshold of an opportunity to ramp up their engagement to promote peace, security and prosperity domestically, regionally and globally.

The author is President, Institute of Global Studies, and a former Ambassador of India to Kazakhstan, Sweden and Latvia. The article first appeared on Manohar Parrikar IDSA website.