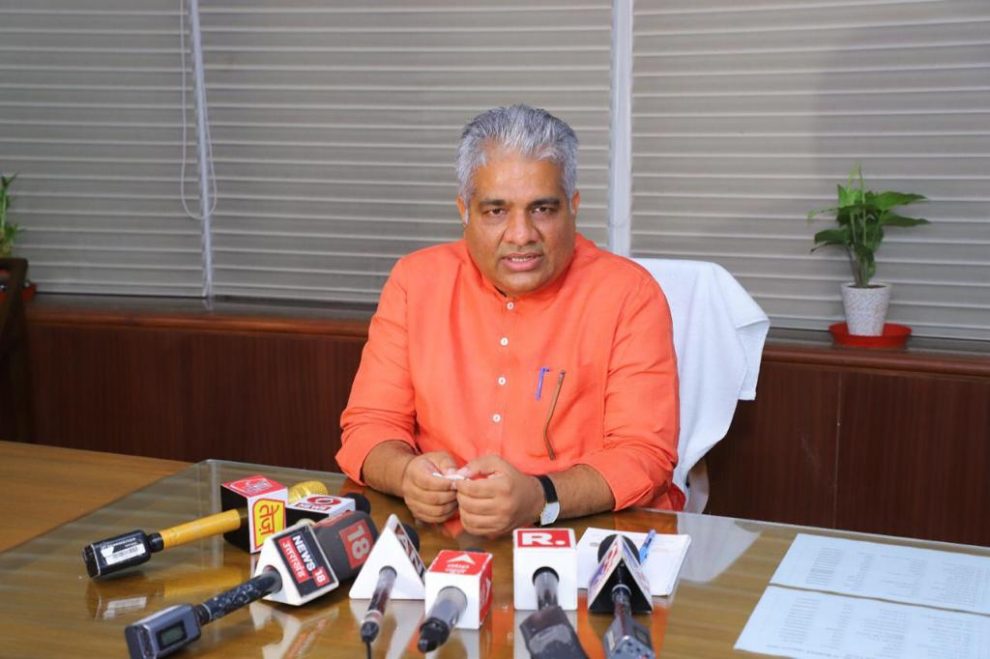 Environment Minister Bhupender Yadav has said that India is committed to the United Nations Framework Convention on Climate Change(UNFCCC) Framework and Paris Agreement.

He said, India will work constructively for a successful and balanced outcome at COP 26.

The Minister has extended India’s full support to the UK for COP26 which will be held in Glasgow in November this year.

The Minister today had a detailed meeting with Alok Sharma, COP26 President-Designate, UK in New Delhi.

During the meeting, they discussed issues related to climate change, COP26 and India-UK 2030 Roadmap.

Both the leaders also exchanged views on important climate negotiation agenda items to be deliberated in the upcoming COP26.

He said, the country strongly advocates that the differentiation and operationalization of flexibility provided in the UNFCCC and the Paris Agreement for developing countries should be at the core of decision-making.

Acknowledging India’s leadership role, Mr. Sharma sought support of India on the COP 26 initiatives launched by the UK and for a successful COP at Glasgow.