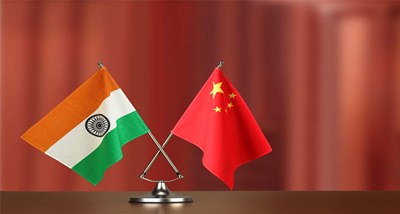 India and China, have focused on disengagement of frontline troops to maintain consultations, strengthen the management and control of the troops since the eight round of Corps Commander-level talks. This was stated by the Chinese Defence Ministry spokesman Sr. Colonel Tan Kefei at an online press briefing in Beijing. He said that the two sides are negotiating to hold the ninth round of military commander-level talks to discuss the disengagement of troops in eastern Ladakh.

India and China have held several rounds of talks at the diplomatic and military-level to resolve the standoff that erupted in early May last year. Mr. Kefei hoped that both China and India will work towards the same goal, implement the consensus reached at the Corps Commander-level meetings, and take pragmatic measures to further cool down the border situation. Earlier, India said that these discussions have helped both sides to enhance understanding of each other’s positions. External Ministry Affairs spokesperson said, it is our expectation that the further discussions will help both sides to achieve an agreement on a mutually acceptable solution for ensuring complete disengagement in all friction points along the LAC in the Western sector and full restoration of peace and tranquility as early as possible.

At the latest round of foreign ministry-level talks on December 18, the two sides said that they have agreed to continue work towards ensuring complete disengagement of troops in all friction points along the Line of Actual Control (LAC). The meeting also decided to hold the next round of military dialogue at an early date. India has reiterated several times that China has violated multiple agreements signed between the two sides since 1993 that committed both parties not to bring large forces to the LAC. Troops from both the sides are deployed in close proximity in the extreme weather conditions of Eastern Ladakh.

Meanwhile, The United States’ National Defense Authorization Act 2021 has conveyed bipartisan support for India in its border standoff with China. It has called upon Beijing to resolve all disputes using existing diplomatic mechanisms saying that continued military aggression by the government of China along the border with India is a significant concern.