Home Newsfeed India-China can overcome differences with some kind of equilibrium: MEA 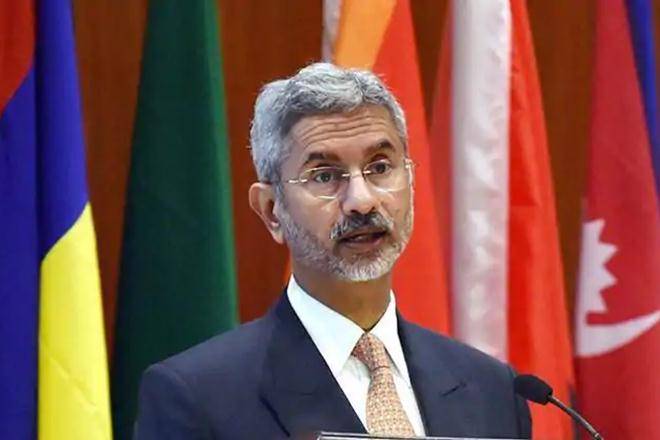 India and China can overcome their differences in the long-term if they reach “some kind of equilibrium” but achieving this is one of the big challenges faced by the country, external affairs minister S Jaishankar said on Saturday.

Jaishankar made the remarks while participating in an interactive session organised by the Confederation of Indian Industry (CII) as part of its “[email protected] Summit – Mission 2022” initiative. The event looks ahead at India in its 75th year of independence in 2022 and seeks to bring together stakeholders such as industry and government to work on a vision.

Replying to a question on whether India and China, which are currently engaged in a tense border standoff, could be friends in the coming decades, Jaishankar said the two countries are neighbours and demographically unique as they are the only ones with populations of more than one billion.

“We are seeing the parallel but differential rise of the two countries… To my mind, what it does is it puts a huge premium on reaching some kind of equilibrium or understanding between the two [in the interests of both countries]. How to do that is one of the big challenges that we face,” Jaishankar said.

The border standoff, which emerged in the open in May, has taken India-China relations to a new low. Both countries have mobilised tens of thousands of troops along the Line of Actual Control (LAC), especially in Ladakh sector, after a brual clash on June 15 caused the death of 20 Indian soldiers and unspecified Chinese casualties.

Efforts to disengage and de-escalate the tensions have run into problems as the Chinese side hasn’t pulled back its troops are several key friction points on the LAC, such as Pangong Lake and Depsang.

Jaishankar said he believes the world “has a lot riding on” India and China reaching equilibrium, given the size and impact of both countries. “It is not an easy question to answer, there are problems [that are] well laid out. Certainly, it’s something which I feel is very central to our foreign policy calculations,” he said.

He said a good foreign policy is one that addresses national and economic security and advances the country’s goals and aspirations in a competitive environment. Such a policy depends on skill and agility to build “capabilities strongly, deeply [and] much faster”, he added.

In this regard, Jaishankar held up China as a “remarkable example of our lifetime” and pointed out that India too is doing its bit by weighing in on big issues such as climate change and shaping big debates on matters such as terrorism.

Jaishankar also said India’s approach was based more on issues as the country is now dealing with a “much more loose architecture” with more poles and less rules, where overlapping interests are a key factor in working with other nations.

“The country which is able to navigate best by finding overlapping interests and working with most countries is going to be very successful in diplomacy,” he said, adding that this would mean a country has to be less dogmatic and less dependent on global chains and global sources while striving for strategic autonomy.