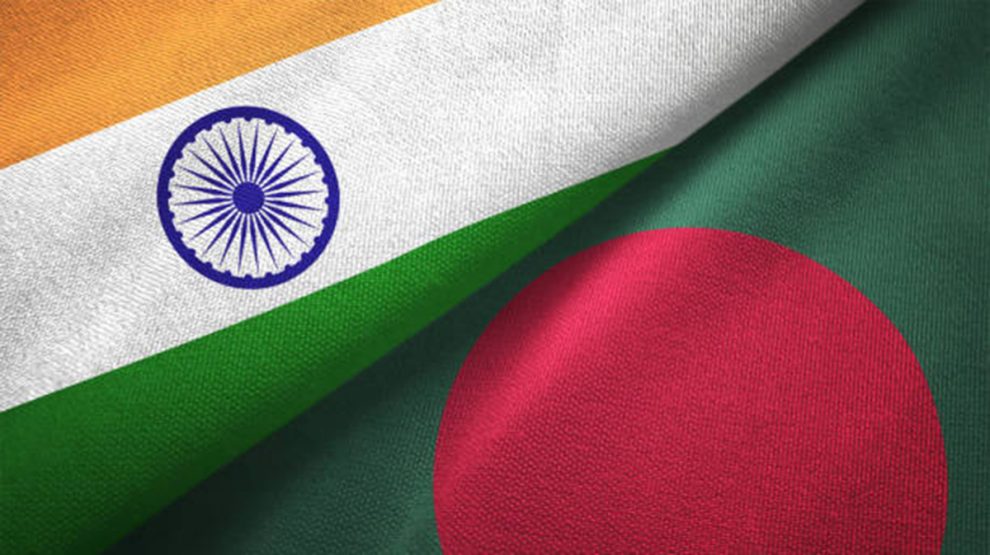 Last week, 16 December, India and Bangladesh moved closer towards stitching a robust partnership in a virtual summit between Narendra Modi and Bangladesh Premier Sheikh Hasina. After the bad taste in the bilateral relationship following the implementation of CAA-NRC, the summit that resulted in signing seven Agreements is certainly a breath of fresh air. Prime Minister Modi said, “Dhaka is the true pillar of our neighbourhood first policy, which has been my first priority since I took office”. Hasina reciprocated the warmth, “India is a true friend”.

India-Bangladesh relations go back five decades ago when New Delhi changed the world map by liberating Bangladesh from Pakistani occupation. On 16 December 1971, Indian army marched into Bangladesh territory in response to a heavy exodus of refugees from the war zone in Bangladesh and 93,000 Pakistani troops surrendered without resistance in Ramana Race Course in Dhaka. Therefore, the relations are based on Dhaka’s ‘eternal gratitude’ for India’s role in their liberation and New Delhi’s continued goodwill towards this neighbour. In substantive terms, New Delhi has been supporting Dhaka in its development programmes. It has extended three LoC (Line of Credit) in the last eight years of US$ 8 billion for development of infrastructure – roads, railways, shipping and ports.

Obviously, the bilateral relations between the two countries are based on “shared history, heritage, culture, language and other unique commonalities”, articulated in newspaper article by the Bangladesh Ambassador in New Delhi, HE Muhammad Imran. He shared with readers that in 2020, Bangladesh celebrated the birth centenary of Sheikh Mujibur Rahaman, the architect of Bangladesh. Modi was Chief Guest on this 17th March on the occasion. A memorial in the form of Bangabandhu (Mujibur)-Bapu (Mahatma Gandhi) digital museum was decided to be set up. Sheikh Hasina has invited Modi to be the Chief Guest again next year in March 2021 when Bangladesh celebrates the 50th year of its independence. Modi has consented. A biopic on Bangabandhu would begin to be produced by the noted Indian film director Shyam Benegal in January 2021 as a part of the liberation celebrations. .

The seven Agreements inked during the summit to expand cooperation included projects on Hydrocarbon, high-impact community development projects, trans-border elephant conservation, solid waste management, mainly the supply of equipment from India for garbage disposal in Barishal city, sanitation, textile, agriculture and creation of a CEOs forum for policy inputs etc. The notable development is the reopening of a cross-border rail link which was defunct since 1965. To recall there were six rail networks between India and Bangladesh from 1947-1965. The latest rail link between Haldibari in Cooch Behar, West Bengal to Chilahati, Northern Bangladesh was started during the summit. To mark the occasion and resuming operation, a goods train was flagged off from Chilahati station by Mohd Nurul Islam Sujan, Bangladesh Railway Minister.

Understandably, Hasina is sentimental about India as she recognises its critical role in the liberation of her country. She shared her ordeal during the Bangladesh crisis, “Bangladesh got liberated on December 16, 1971 but my family and myself were freed next day on 17 December.” One 29-year-old Indian major along with three soldiers rescued Hasina’s family including two sisters, two brothers and mother, facing scores of Pakistani soldiers. The major was awarded Paramvir Chakra for this heroic act.

After the summit, Hasina made a powerful statement, “I believe both our countries can move up the global and regional value chains by further integrating our economies taking advantage of available synergies”. She also stated that a good number of Indians are employed in business – manufacturing and service sector – sending sizeable remittances back to India. At the same time, India receives a number of tourists and medical patients from Bangladesh. There are number of students from Bangladesh pursuing higher studies in various disciplines in India. Both leaders agreed to facilitate greater people-to-people contact and mobility across the two countries.

As expected, Hasina raised the issues of Rohingyas and sharing of Teesta water. These two issues have been bothering Dhaka and on which it has sought greater cooperation from New Delhi. Modi on his part, acknowledged Dhaka’s generosity in accommodating 1.1 million Rohingya refugees from Rakhine state of Myanmar. Both leaders agreed to work in collaboration for safe and swift return of these refugees to Myanmar.

Amongst other agreements, it was decided to soon hold a joint boundary conference to sort out pending issues. It was agreed to complete border fencing in remaining sectors starting from Tripura. The usual concern of New Delhi found expression in the joint statement issued after the summit. Both countries reckoned terrorism to be the principal threat to global peace and security and reiterated their commitment to eliminating terrorism in all its forms and manifestations. On energy sector, 130 kms India-Bangladesh Friendship pipeline was to be set up. Both leaders welcomed the signing of second addendum to the Protocol on Inland Water (PIWTT). A trial run was done of trans-shipment of Indian goods from Kolkata to Agartala via Chattogram. Following the addendum, the Sonamura-Dandkandi Protocol route under PIWTT was operationalised.

The important development perhaps is the move towards signing a Comprehensive Economic Partnership Agreement (CEPA), which is supposed to be an advanced form of a free trade agreement that will ensure preferential and even tariff free access to goods, services and investment in both countries. In July 2020, the maritime connectivity was enhanced as a trial of trans-shipment of goods to India’s North-East through Chittagong. All in all, Government  of India has extended grant assistance on various infrastructure projects like dredging of Inland waterways in Bangladesh and development of ports and several routes for transport and shipment.

In South Asia, apparently, Bangladesh under Sheikh Hasina is the closest neighbour of India. Nepal used to have that space in India’s neighbourhood. Ironically, after monarchy was abolished and Nepal came under the influence of Communist parties, Kathmandu inched closer towards Beijing and distanced from New Delhi. However, they are in trouble now as the Community party has split, Parliament is suspended and Kathmandu has not been successful in cutting off the historic traditional links with India. Dhaka is warm and friendly with New Delhi under Hasina, but the Islamic radical elements resurface whenever Hasina is not at the helm.

Despite closeness and commonalities existing between India and Bangladesh, the latter could be volatile under different regimes. New Delhi, therefore, has to connect with people, business, universities, civil society organisations to maintain the healthy and warm relationship. Bangladesh is a fit case for engaging in track-II diplomacy beyond inter-governmentalism. That will back up the governmental collaboration and ensure that animosity against India is not engineered. Vested interests could exploit the religious factors in bilateralism as India is predominantly Hindu country and Bangladesh Muslim. The CAA is in that sense is a spoke in the wheel of the relationship with Bangladesh. Although a discussion on CAA and its repercussion on the neighbourhood mainly Bangladesh is beyond this piece, we have raised our concern in this column that CAA could have been inclusive. However, that is perhaps out of the equation now but caution and care is in order not to create avoidable disregard for India. Thus, India-Bangladesh relations could be a model for New Delhi’s neighbourhood policy