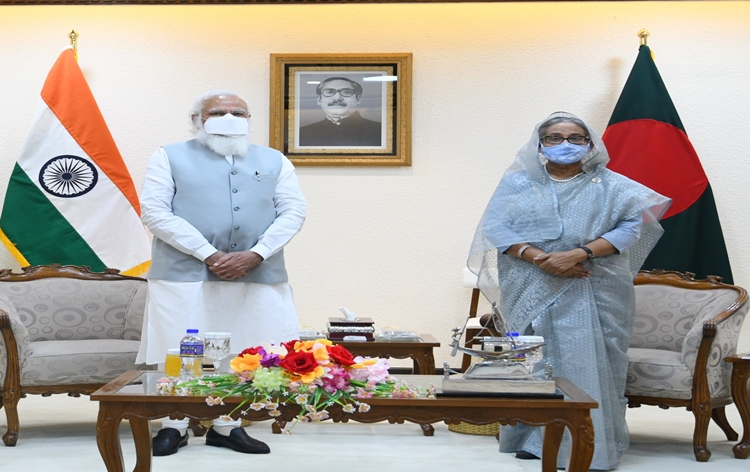 India and Bangladesh signed 5 MoUs in the fields of trade, IT and setting up of sports facilities on the concluding day of the 2-day long official visit of Prime Minister Narendra Modi.

Both the leaders discussed the progress achieved in areas of health, trade, connectivity, energy, developmental cooperation and many more.

Spokesperson of the MEA tweeted that the meeting between the Prime Ministers reiterates the highest priority India attaches to Bangladesh.

Several important announcements were also made on Saturday after the summit meeting between the Prime Ministers.

Both leaders agreed that a direct passenger train named ‘Mitali Express’ will run between Dhaka and New Jalpaiguri.

India gifted 109 ambulances to Bangladesh and also 1.2 million doses of the Covishield vaccine.

India released a silver coin to commemorate 50 years of the establishment of diplomatic ties between the two countries.

Briefing the media about the visit of Prime Minister Modi to Bangladesh, Foreign Secretary Harsh Vardhan Shringla said that both countries agreed to start a new area of cooperation in the field of Civil nuclear and space sectors.

Both the leaders also laid the foundation stone for the construction of a memorial at Ashuganj for the martyrs of Indian armed forces in the 1971 Liberation War of Bangladesh.