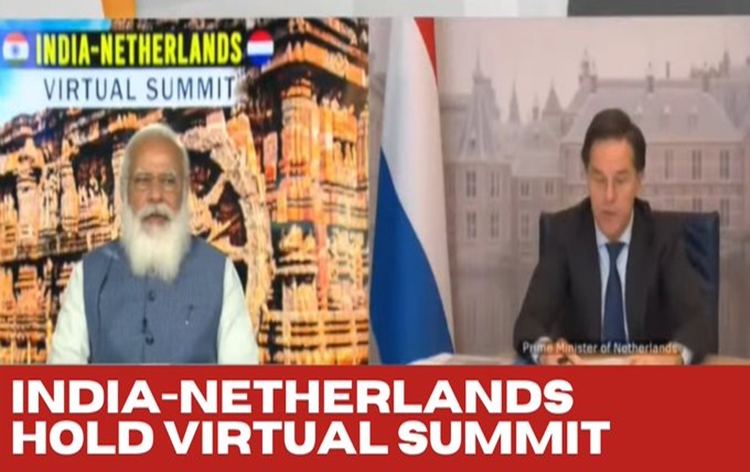 India and the Netherlands have announced the launch of the strategic partnership in water sector to further intensify ongoing cooperation and better coherence in the area. Joint Secretary in the External Affairs Ministry Sandeep Chakravorty informed about this while addressing the media in New Delhi last evening after the India – Netherlands Virtual Summit between Prime Minister Narendra Modi and his Netherlands counterpart Mark Rutte.

Mr Chakravorty said, both leaders have agreed to elevate the joint working group on water to a Ministerial Level. He said, both sides have announced the setting up of fast track mechanism to facilitate bilateral trade and to resolve issues of Dutch and  Indian companies.

The Joint Secretary said that the two countries also discussed collaboration in the field of agriculture, Urban Development and Space. During the Summit, Prime Minister Modi suggested setting up of a joint working group for the cooperation between the two nations in the field of millets. On regional and global issues, the two leaders reaffirmed the commitment to multilateralism and agreed to work together towards challenges of climate change, counter-terrorism and Sustainable Development Goal and pandemic.

In a joint statement, both leaders also reiterated their commitment to ensure equitable and affordable access to Covid19 vaccines to all countries and agreed to cooperate in this regard. Both Prime Ministers welcomed the joint announcement on setting up a bilateral Fast Track Mechanism for investment facilitation and issue resolution. Both leaders emphasised the close convergence between each others vision for a free, open and inclusive Indo-Pacific.