Defence Minister Rajnath Singh today informed that India and China have agreed for disengagement in the North and South bank of Pangong Lake in Eastern Ladakh. Giving a statement in the Rajya Sabha, Mr. Singh assured that the nation’s approach and strategy for negotiations with the Chinese side has been guided at the highest level by Prime Minister Narendra Modi’s resolve that India will not give even an inch of its territory. The Minister said, the tenacity and approach of the country during talks have yielded results.

Highlighting the details of the agreement, Mr. Singh informed that both sides will cease their forward deployments in a phased, coordinated and verified manner. He said, the Chinese side will keep its troop presence in the North Bank area to east of Finger-8. Reciprocally, the Indian troops, he said, will be based at their permanent base at Dhan Singh Thapa Post near Finger-3.

Mr. Singh informed that it has also been agreed to have a temporary moratorium on military activities by both sides in the North Bank, including patrolling to the traditional areas. He said, patrolling will be resumed only when both sides reach an agreement in diplomatic and military talks that would be held subsequently.

Mr. Singh said that the implementation of the bilateral agreement has started since yesterday in the North and South Bank of the Pangong Lake. He said, the agreement aims at substantially restoring the situation to that existing prior to the commencement of the stand off last year.

Mr. Singh informed that there are still some outstanding issues with regard to deployment and patrolling at some other points along the LAC in Eastern Ladakh. He said, these will be the focus of further discussions with the Chinese side. The Minister said, both sides also agreed to achieve complete disengagement at the earliest and abide fully by the bilateral agreements and protocols.

Mr. Singh urged the members of the Upper House to join in paying gratitude to the Armed Forces who have shown grit and resolve under extremely harsh climatic conditions of Ladakh to arrive at the present agreement. He said, the Nation will always remember the sacrifices made by our brave soldiers which has been the foundation of this disengagement at Pangong Tso Lake.

Defence Minister said, over the last one year, India maintained diplomatic and military engagement with the Chinese side where military and diplomatic officials of both sides met several times to work out a mutually acceptable solution for disengagement. He said, there have been nine rounds of meetings of the Senior Commanders of both sides till date.

The Minister said, in these discussions, India’s approach was determined by the three key principles which included that both sides should strictly respect and observe the LAC, no attempt to alter the status quo unilaterally and strictly following the agreements and understandings between the two sides. 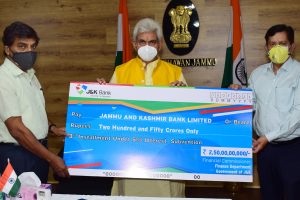 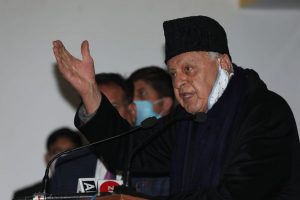 Dr Farooq calls for roll-back of taskforce to scrutinize employees 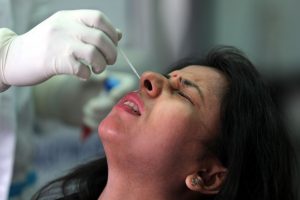