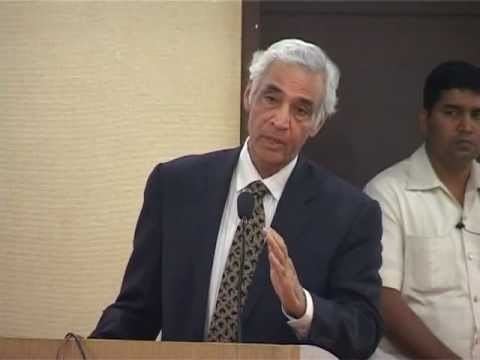 In the event, after a short four-month stint as Director, Information and Publicity, Punjab, I joined the Union Commerce Ministry on 17 July 1972 as Deputy Secretary and was assigned to the Cotton Textiles Branch of the Textile Division falling under the charge of the Joint Secretary (Textiles). I interfaced extensively with the office of the Textile Commissioner, the Cotton Corporation of India and the Textiles Export Promotion Council (TEXPROCIL), apart from representing the ministry at meetings of the Industrial Licensing Committee, headed by the Union Secretary, Industrial Development. In the Licensing Committee, sanctions were sought for establishment of spinning, weaving or knitting capacities, along with foreign exchange allocations for necessary machinery imports, etc.

During this time, a policy decision was taken by the then Hon’ble PM Indira Gandhi that old textile mills which had lost technical or financial viability, and were being closed or were on the verge of closure, be taken over by the government under the Industrial Development and Regulation Act 1956 to prevent loss of output as well as secure jobs. The National Textile Corporation was set up to look after the taken-over units, by replacement of outmoded machinery, cost and production optimization, etc.

During the Parliamentary debate on the bill for nationalization of some ‘sick’ textile mills, I was present in the Officers’ Gallery, which was meant to enable officials to assist the Minister replying to the debate I kept noting the points made by the participating members which required clarifications or responses from the Minister—against each member’s name, I mentioned the relevant points and in the adjoining column, I proposed the responses which the Minister may consider giving. After the debate and the passing of the bill, the Commerce Minister’s Personal Assistant told me that the Minister had been very appreciative of the systematic and diligent manner in which I had put up the notes to help him respond.

Though as Deputy Secretary in the Textile Division I had practically no opportunity to travel abroad on trade missions, I did not seek any change in my posting and my travel remained confined to Delhi and Mumbai for meetings in the cotton textiles-related offices. However, the then Commerce Secretary Y.T. Shah deputed me to attend a fiveweek Colombo Plan training programme, hosted by the Department of Overseas Trade, Government of Australia, in Canberra in July–August 1973, and to a four-week training programme in Multilateral Trade Negotiations (MTN) arranged by General Agreement on Trade and Tariffs (GATT) in Geneva, in July 1974.

One day, the Commerce Secretary sent for me and told me that he had been keeping an eye on my work. He had noted that I had never asked for a change of assignment and had been quietly and diligently attending to my duties. He said two overseas posts of First Secretary (Commercial) under the purview of the Commerce Ministry would be falling vacant in a few months, one in Bangkok and the other in London. If I was interested in either of these, I was to let him know. I thanked him for his kind appreciation and for the offer. After discussing the matter with my well-wishers, I opted to be considered for the post in London, where a number of international commodity organizations, such as the International Sugar Organization, the International Coffee Organization and International Wheat Council, were based. Being a delegate to these bodies would broaden my horizons on commodity trade and offer me opportunities to interact with other members from participating countries.

I assumed charge of the post of First Secretary (Commercial) at the Indian High Commission, London, on 17 February 1975, which was upgraded to that of Commercial Counsellor, a year later. My duties included assisting Indian exporters and export promotion councils by providing them with addresses of well-reputed British importers, helping set up appointments for visiting delegations, interfacing with the Department of Trade for preferential access quotas for textiles, leather products, engineering goods, etc., attending Commodity Council meetings and conveying pertinent information to India about the proceedings likely to affect our export or import interests. I remember visiting Dundee, Scotland, for meeting prominent British importers of jute carpet-backing fabric and yarn from India, for supplying the fabric to machine-woven carpet manufacturers. Their feedback was sent to the Kolkata based Jute Corporation of India.

After an unusually rainy summer in the UK in 1976, the British government decided to import onions. I immediately telephoned the then Union Agriculture Secretary K.S. Narang, who was also from the Punjab cadre, who in turn asked National Agricultural Cooperative Marketing Federation (NAFED) to make an offer to the authorized importing agency. When a consignment was ready to be loaded at the port of shipment, a further condition was conveyed by the British Phytosanitary Control Authority that the onions being shipped must be irradiated to eliminate any bio-toxins. NAFED was able to get the needful done and, for the first time, such a shipment from India arrived at British shores.

Early in 1977, at my initiative, a two-day seminar on ‘Indo–British Collaboration in Third Country Projects’ was held with the active participation of leading British and Indian firms. Indian public sector companies such as Bharat Heavy Electrical Ltd, Engineering Projects of India Ltd, Projects and Equipment Export Corporation, Engineers India Ltd, etc., presented their capabilities and their recent international assignments, to their British counterparts. The fall in domestic investments in new projects after promulgation of Emergency in June 1975 and the tightening of money supply in the economy had had the effect of forcing such Indian companies to more actively explore overseas business opportunities.

Excerpted with permission from An Intent To Serve, Tejendra Khanna, HarperCollins India. Read more about the book here and buy it here.

“A History of Sriniketan” details how Rabindranath Tagore set up a centre for rural reconstruction as a wing of his Visva-Bharati International University at Santiniketan in 1922
Why Egypt and Ethiopia are locked in a dispute over the Grand Ethiopian Renaissance Dam?
Comment