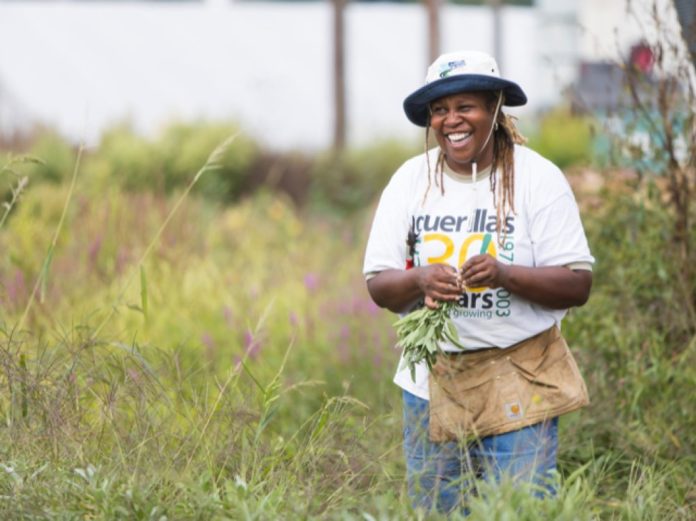 By Thin Lei Wein
In a backyard in the Bronx in the mid-1980s, a vine laden with sweet-smelling tomatoes came as a revelation to urban gardening guru Karen Washington.

“It was tomatoes that really got me hooked on growing food, because I hated tomatoes,” she said, laughing at the memory.

A world apart from their insipid namesakes sold at the supermarket, Washington’s tomatoes won her round to a culinary staple she previously loathed.

But they also got her thinking about the huge difference between the quality of food available to her white friends elsewhere in New York City and what was on sale at stores in her mainly Black neighbourhood. 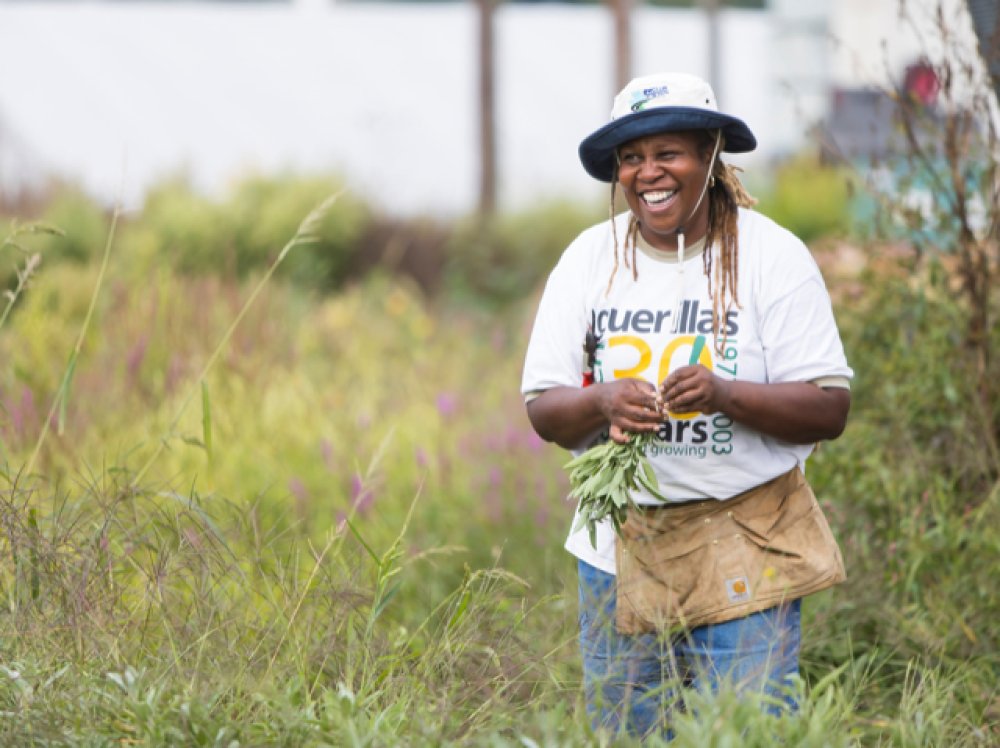 Working as a physiotherapist at the time, Washington saw firsthand how poor diet affects health – regularly treating patients with conditions such as diabetes, strokes and heart disease.

“We got the junk food, the processed food, not the healthy food,” said Washington, a straight talker who wears her hair in long blonde dreadlocks.

Alarmed by the disparity, she went on to coin the term “food apartheid” to describe the long-standing dietary inequity in the United States that has come into focus due to the Black Lives Matter movement and COVID-19’s heavy toll on people of color.

“What I wanted to do was… to have that difficult conversation around race, to make people understand the food system is broken. That it is not fair. It is not just,” Washington told the Thomson Reuters Foundation.

Greenhouses and neat rows of crops and flowers stretch across the women-led market garden in Chester, New York state, which supplies fresh organic vegetables, herbs and bouquets to buyers in the city.

Potted seedlings are on sale too for beginners wanting to turn their balconies or yards into vegetable patches. 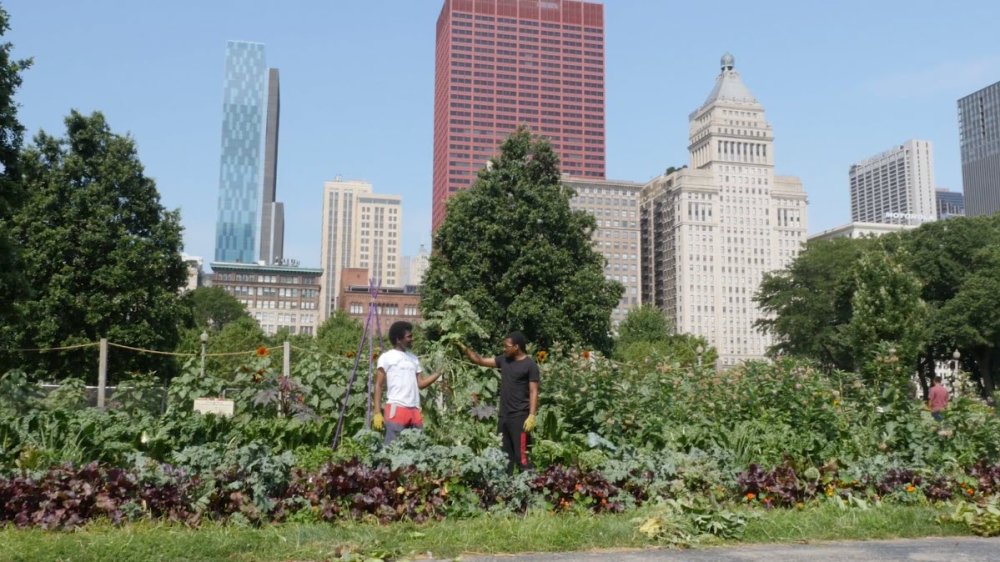 ‘Bad food or lack of food’ for minorities

While the struggle for “food justice” is decades-old, the coronavirus pandemic has exposed how racial inequalities still make it harder for many Black Americans to eat well, affecting their health and ultimately cutting some lives short.

Preliminary data from several states has shown that COVID-19, the respiratory disease caused by the novel coronavirus, is killing African Americans at a higher rate than the overall population.

“The bad food, the lack of food, the health disparities, the life expectancy, the incarceration rates, the violence, all of those pieces are all connected to the economic system and who has power,” said Erika Allen, co-founder and chief executive at the Chicago-based Urban Growers Collective. 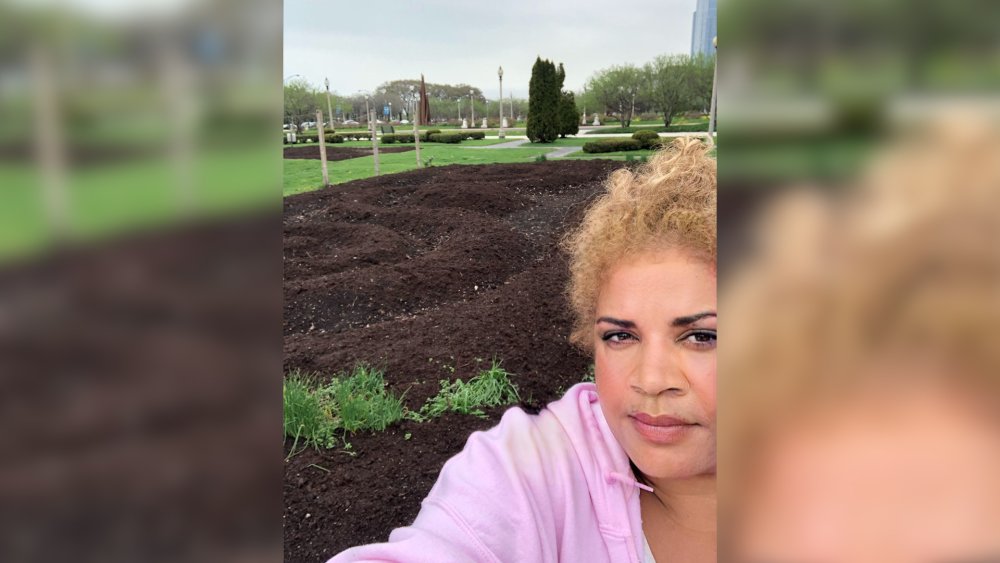 Supermarket chains have always been reluctant to set up shop in Black neighbourhoods, leaving inner cities with smaller stores that often do not sell fresh fruits, vegetables or meat.

Government policies are largely responsible for fomenting such racial separation, critics say, for example through home-buying schemes that have encouraged white people with access to mortgages to move to the suburbs. 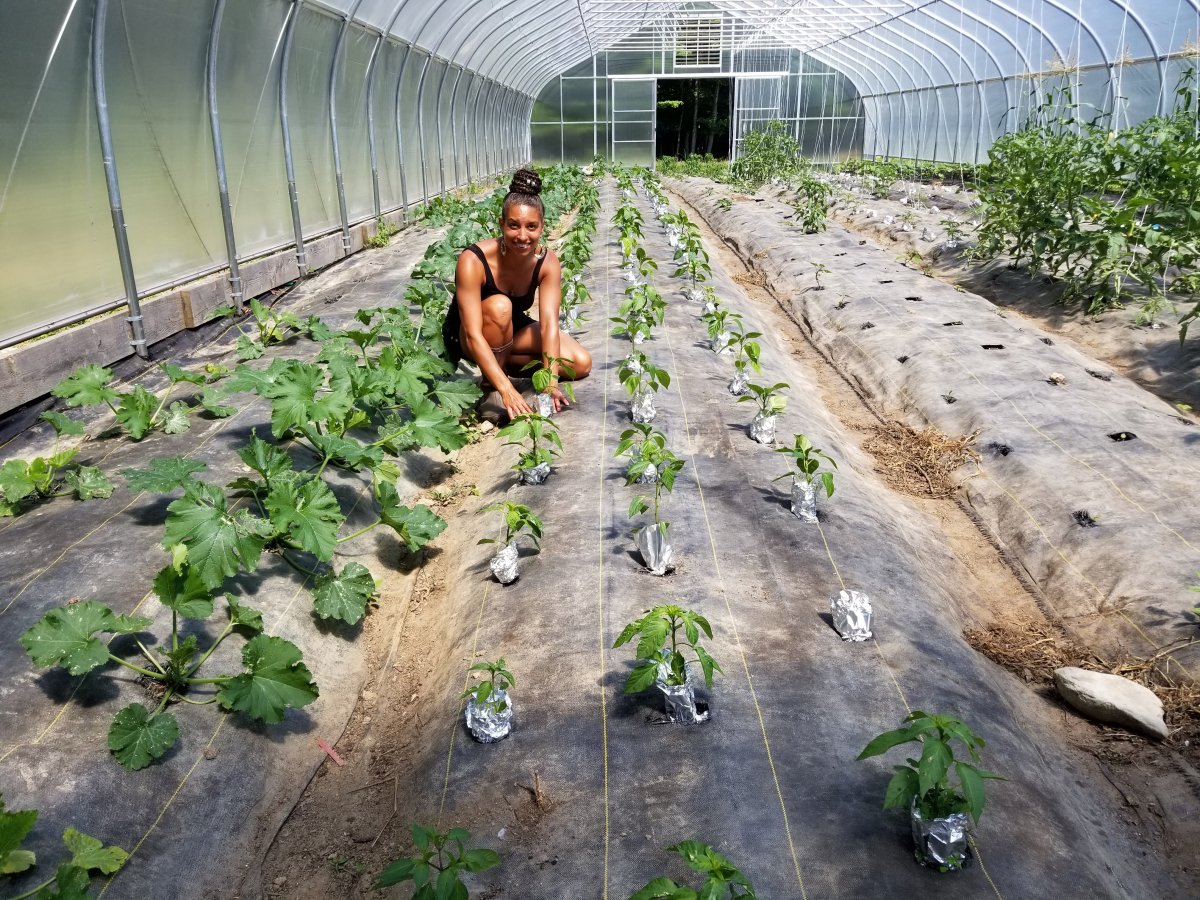 But food production has not always been an almost exclusively white endeavour in the United States.

In 2017, 95% of the country’s nearly 3.4 million farmers were white, according to the U.S. Department of Agriculture (USDA) census released last year. 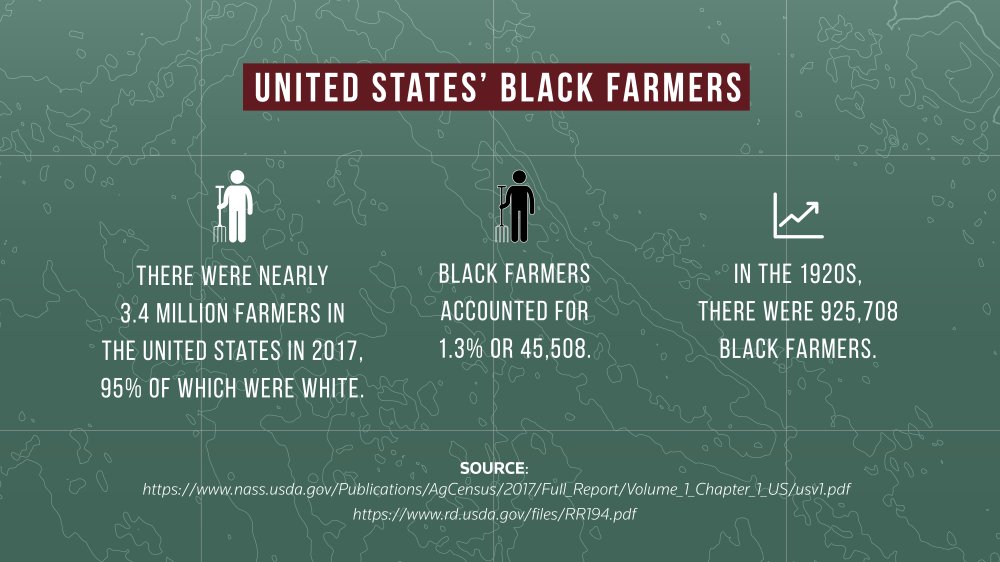 Leah Penniman, co-director of Soul Fire Farm, an urban growing collective based in Petersburg, New York state, said the sharp decline in the number of Black farmers reflected decades of discrimination and a backlash over an estimated 16 million acres (6.5 million hectares) of land they owned in 1910.

“Racism and white supremacy are really built into the DNA of the U.S. food system,” said Penniman, author of a book called “Farming While Black”.

She said the same thinking that justified the theft of indigenous lands and the use of slaves as farm labour morphed over decades into new forms of racial discrimination in the country’s food production chain.

Practises such as convict leasing, in which states were allowed to sell – mainly Black – prison labour to farms, sharecropping, state-sanctioned segregation and the Jim Crow laws that made land ownership difficult for Blacks have conspired against Black farmers, Penniman said.

Thousands of Black farmers who said they were racially discriminated against for decades by the USDA won $1.25 billion in a court settlement in 2010. A separate $760 million in compensation for American Indian farmers was also announced.

It is a term rejected by community farming activists like Washington and Penniman, who say the lack of food available in these poverty-afflicted areas is a reflection of entrenched discrimination rather than unfavourable geography.

An estimated 54.4 million Americans – 17.7% of the population – live in “food deserts”, according to the USDA, and medical experts say the resulting poor diets lead to obesity and chronic diseases such as diabetes.

Not everyone living in “food deserts” is Black, but studies have shown that even when poverty levels are similar, Black neighbourhoods have fewer supermarkets than white or ethnically mixed areas.

Penniman, who opened Soul Fire Farm in 2010, lived in a “food desert” area in the south of Albany, New York.

Calling it a “human-created system of segregation, not a natural phenomena”, she recalled how difficult it was to find fruit and vegetables to buy for her young family.

They did not own a car and there was no bus service in the neighbourhood.

The only option was to buy a subscription from a local farm about two miles (three kms) away through a community-supported agriculture (CSA) program. It cost more than the family’s rent

That spurred Penniman and her husband, both of whom had more than a decade of farming experience, to set up a community garden nearby.

Her farm now offers low-cost doorstep delivery of fruits and vegetables to residents of the Albany-Troy area and runs training programs including one called “Uprooting Racism in the Food System”.

“In this country, your zip code is a very high predictor of your life expectancy,” she said.

“There’s a concentration of hunger and diet-related illness in certain zip codes that correlates with where Black and brown communities live.” 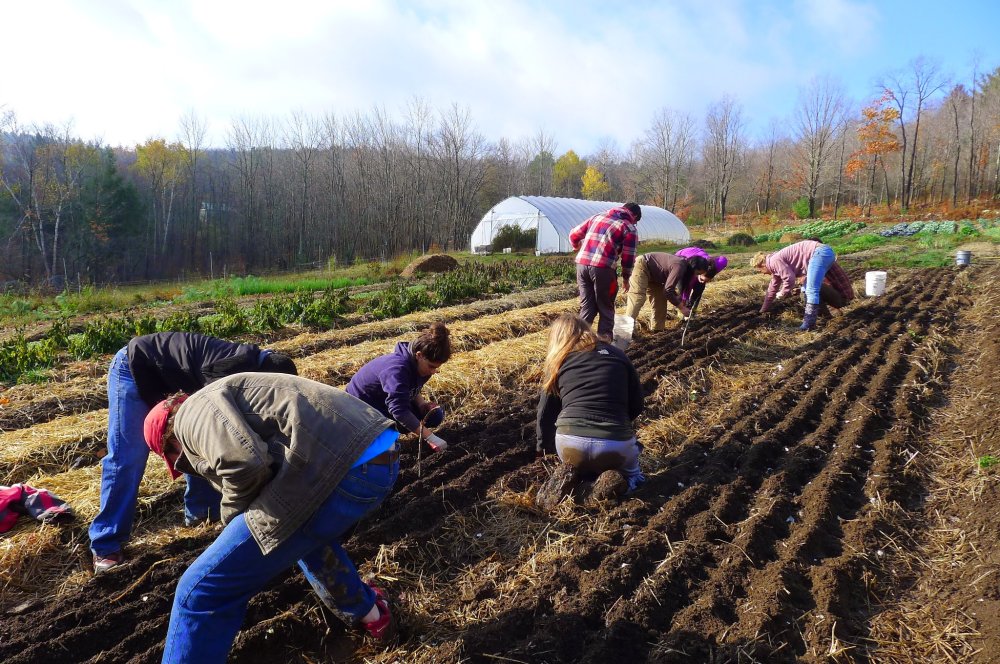 Soul Fire Farm trains between 1,800 and 3,000 people a year in basic small-holding techniques, many of them African Americans.

“We now have a multi-year waiting list for these training programs, so nobody can tell me Black folks don’t want to farm,” she said, stressing that the biggest challenge remains access to land.

People of colour hold just 3% of the country’s agricultural land, according to a 2014 government survey on tenure and ownership.

With that in mind, Penniman’s farm has helped set up the Northeast Farmers of Color Land Trust to secure permanent land tenures for indigenous, Black, Latinx and Asian farmers.

The project aims to persuade people who have inherited land to gift it as a reparation to indigenous and Black communities, and land transfers are expected to start in 2021. 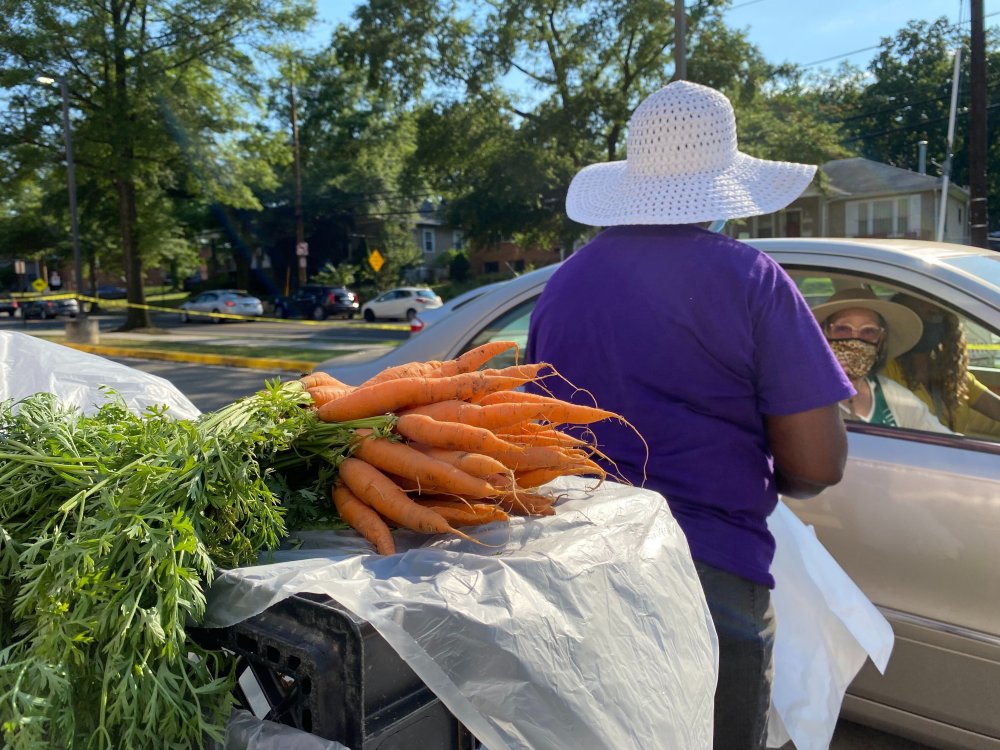 Dozens of other grassroots initiatives challenging the agricultural status quo are close to fruition in other parts of the country too, even as the pandemic forces the suspension of services such as farmers markets and on-site training courses.

In Chicago, Allen’s Urban Growers Collective, which uses converted city buses as mobile markets for its farm produce, plans to start work on a facility to turn food waste into compost in the next few months.

When critically acclaimed Burmese restaurant Thamee in Washington D.C. looked at ways to stay afloat during the crisis, it teamed up with non-profit Dreaming Out Loud to offer customers a selection of products sourced from Black farmers.

“In this indefinite interim where we’re … a little bit of a restaurant, a little bit of a CSA (Community-Supported Agriculture), a kind of a grocery store with a pantry, I felt it was really important to have POC (people of color) farmers,” she said.

The move is partially for Thamee’s survival, Jacobson said, but the restaurant’s location in a predominantly Black neighborhood and her mother’s experience of fleeing persecution in Myanmar played a role too. 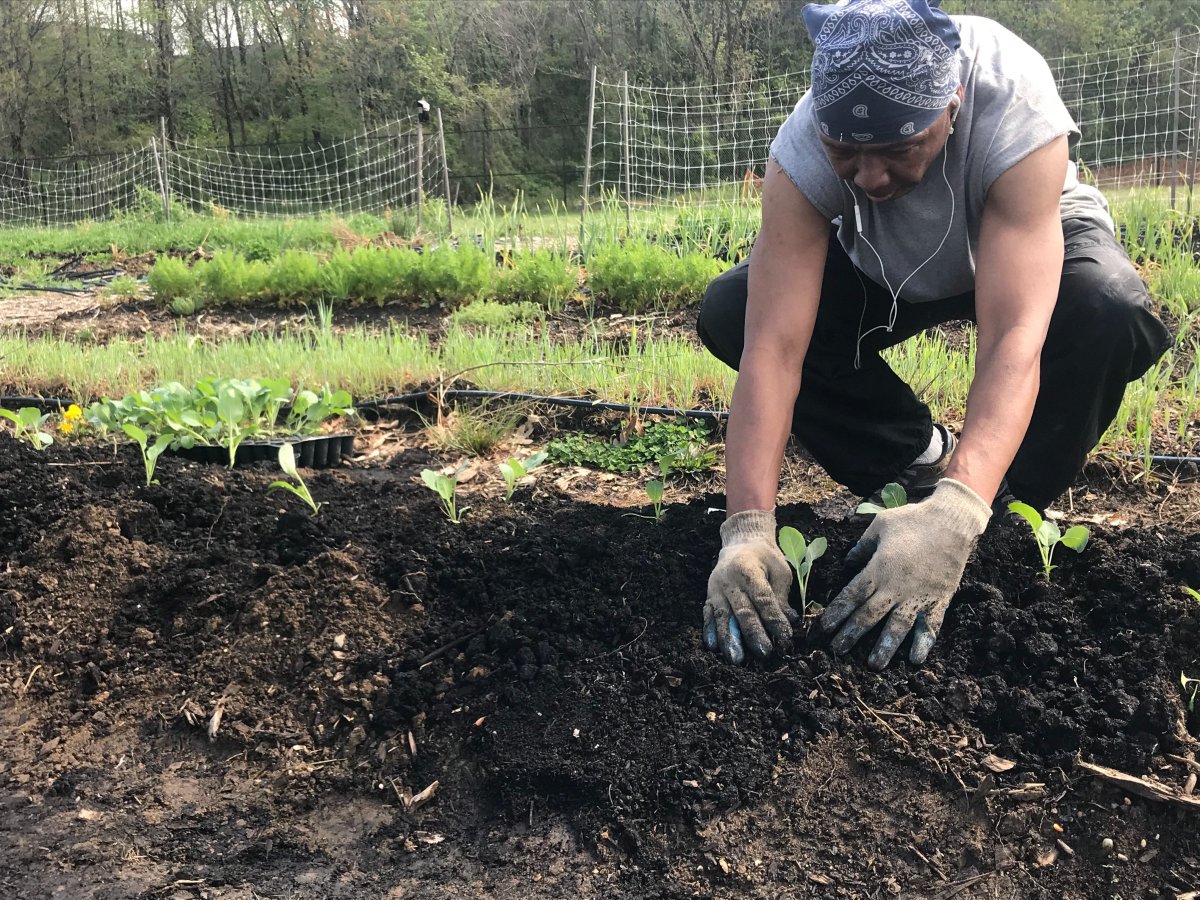 Anger and protests over the death of George Floyd in police custody in May have forced big business – including the food industry – to a reckoning over a lack of diversity and decades of unequal treatment towards Black communities.

Images of panic buyers leaving supermarket shelves bare at the start of the coronavirus pandemic and of lines of unemployed Americans queuing at food banks have also shone a spotlight on the need for fresh, healthy and affordable food.

Colette Nies, a theologian working on food justice issues, said the protests – on the back of the pandemic – had garnered sympathy from unexpected quarters, including the heavily Republican community of New Braunfels, Texas, where she lives.

“There’s a lot of people I know who are Republican who would have never in a million years supported Black Lives Matter but now do. I think there’s a huge shift happening,” she said.

Penniman, too, said offers of support have been pouring in, with the number of emails she receives increasing 10-fold.

“Now it’s 1,000 plus a day of mainly people reaching out, especially white folks saying how can we help,” she said, adding that she hoped the momentum would last.

Washington thinks these developments could prove a watershed in her fight to uproot “food apartheid” for good.

But she said structural changes are needed as opposed to businesses paying lip service to equality by making one-off donations to charity programmes or other PR-friendly gestures.

“You can’t go on controlling a food system and say systemic change is going to take place. You’ve got to give up that power. Move on and let somebody else take the leadership position,” she said.