Orko’s paternal grandparents live in a large house with a lawn in the front and a vegetable garden in the back. His grandmother and grandfather live on the ground floor, in separate rooms. His uncle, his aunt and their two children live on the first floor – Robi is two years older than Orko, Ria a month younger.

When he was younger, Orko and his parents went to the house every Sunday. The family ate lunch together. Orko’s grandfather sat at the head of the table, flanked by his two sons. The children sat at the other end. Robi sat facing his grandfather, with Ria to his right. Orko sat opposite Ria. Two chairs remained vacant.

They always sat this way. Orko’s mother and his aunt served everyone individually, while his grandmother supervised the kitchen staff.
There was no conversation during meals. ‘Charm, chew, masticate and swallow,’ his grandfather would say. They would start their meal only after Orko’s grandfather had brought the first morsel of rice to his lips. The bitter gourd, and the dal, followed by a vegetable, followed by fish. It never changed. Nothing ever changed in that house.
When they finished, a servant cleared away the used plates and set three places, for Orko’s grandmother, his mother and his aunt. Sometimes Orko and Ria lingered. Maybe they would get a handful of potato fritters, or overhear conversation about their new cousin, just born, in a foreign country, seven oceans away. Maybe they would learn that a wedding was to take place, or that their cook was going to be a grandmother, yet again. Sometimes the women let them stay, but on most afternoons they were shooed away.

After lunch, they had to be very quiet. The grown-ups retired to their rooms for a siesta. Orko’s father still had a room in the house. The room was sparsely furnished, with a queen-sized bed, a writing desk and an armchair. Buried in Orko’s memories is a faded picture of his mother, sleeping on that bed. He can’t be sure how old he is in the picture. He can’t remember if they spent the night, or if his mother was taking a siesta like the rest of the grown-ups.

Orko’s father isn’t in that picture. Perhaps he was in the living room, reading. Once, when he was about seven or eight (he can’t remember if it was before or after his mother’s passing), Orko had followed his father into the living room after they had finished lunch. Nandan settled into his favourite armchair, with a book he had picked out from one of the many bookshelves in the room. Orko sat in the chair that was beside his father’s. He remembers that he was very quiet, and he didn’t move or fidget. His father looked distinctly uncomfortable, his brow furrowed. He flipped through the pages of the book for a while. Then he shut it and placed it in his lap. ‘Why don’t you go and play with Ria?’ he asked. Orko ran out of the room and up the stairs. He remembers looking for Ria, and not finding her. There were four bedrooms on the first floor, and all the doors were shut.
Orko wanted to run away, but to do that he would have to go past his father in the living room. It was summer; the terrace was out of bounds. So he did the next thing that came to mind. He shut himself in the bathroom.
It was a large bathroom, one of two on the first floor. It was the bathroom with the red mosaic floor. The mirror was set too high on the wall, so he turned a bucket upside down and stood on it. He switched on the shaving light. His face shone yellow.
By the mirror was a cabinet, and that was his first time opening it. Inside, among shaving paraphernalia and packets of hair colour, was a stick of eyeliner. He took the black pencil and drew little studs onto his earlobes. He parted his hair in the middle. It was an improvement, but he still wasn’t happy. His hair was too short.

There was a tube of toothpaste on the ledge by the washbasin. He wanted to squeeze all of it out into a squiggly snake on the floor. He didn’t, because he had done that once, and his mother had made him clean it up, all by himself. He squeezed out a drop on his finger and licked it with the tip of his tongue. It tasted horrible. He rinsed out his mouth, then ran out of the bathroom to look for Ria again.

In the winter, Ria and Orko spent these afternoons playing hop scotch on the terrace. In the summer, they were at loose ends – they played made-up games, or told each other stories about princesses and dragons. That afternoon Ria was nowhere to be found. Unlike her older brother, she didn’t have a room to herself; she shared her parents’ bedroom. Perhaps she was asleep with her parents.
Orko pretended that it was the dead of night, and that he had broken in. He tiptoed about the first floor, looking for treasure that he might plunder, but he was so bored that he decided to make his escape via the terrace. He ran up the stairs, only to find the door locked. He sat there, by the unyielding door, and tried to think of ways to make his father stop hating him.
When he came back down the stairs, his aunt was by the bathroom door. Orko’s heart skipped a beat. He had left the light on, and the tube of toothpaste was still on the floor.
‘I love your earrings,’ his aunt said, smiling at him as she switched off the light.

Orko sometimes wished Ria lived with him and his father, in their flat. Try as he might, he can’t imagine living in that big house with all those people and their laundry list of rules and regulations. He would rather eat with the women, but in that house no one ever asked children what they wanted to do. When Orko went there with his father, Nandan turned into a completely different man; Orko struggled to reconcile this stranger with the father who lived with him and cared for him.

If Urmi’s mother knew all of this, she certainly wouldn’t think that Orko would be better off in his grandfather’s house. He bristles with indignation, because he doesn’t want concessions just because he has no mother. He does not want to be fed to the gills, and he does not care to be friends with someone who is being kind to him just because her mother said she should. 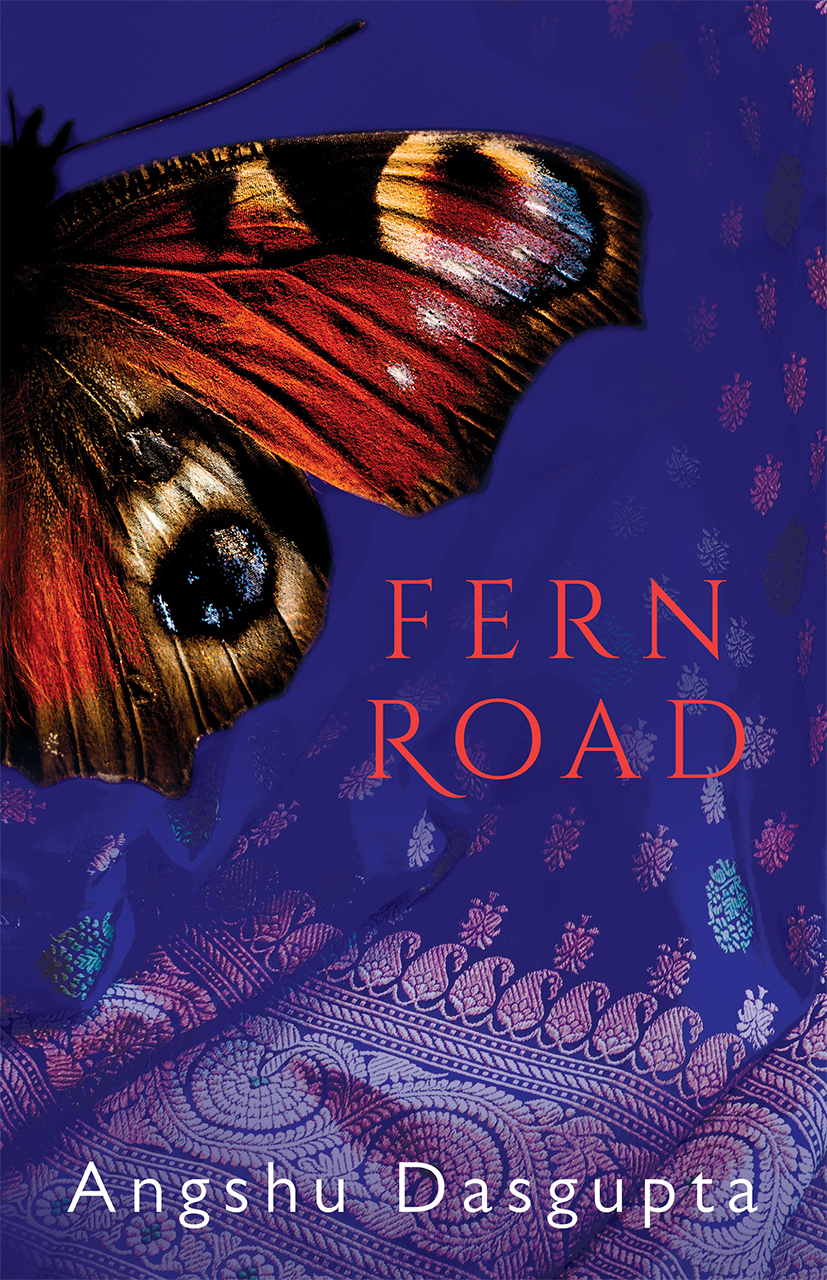 Set towards the end of 2020s, Samit Basu’s book “Chosen Spirits” is a speculative fiction in which the protagonist is a Reality Controller
James Barr on "Lords Of The Desert": 'Archived files suggesting that the British spied on American politicians visiting Palestine in the late 1940s piqued my interest and inspired my latest book'