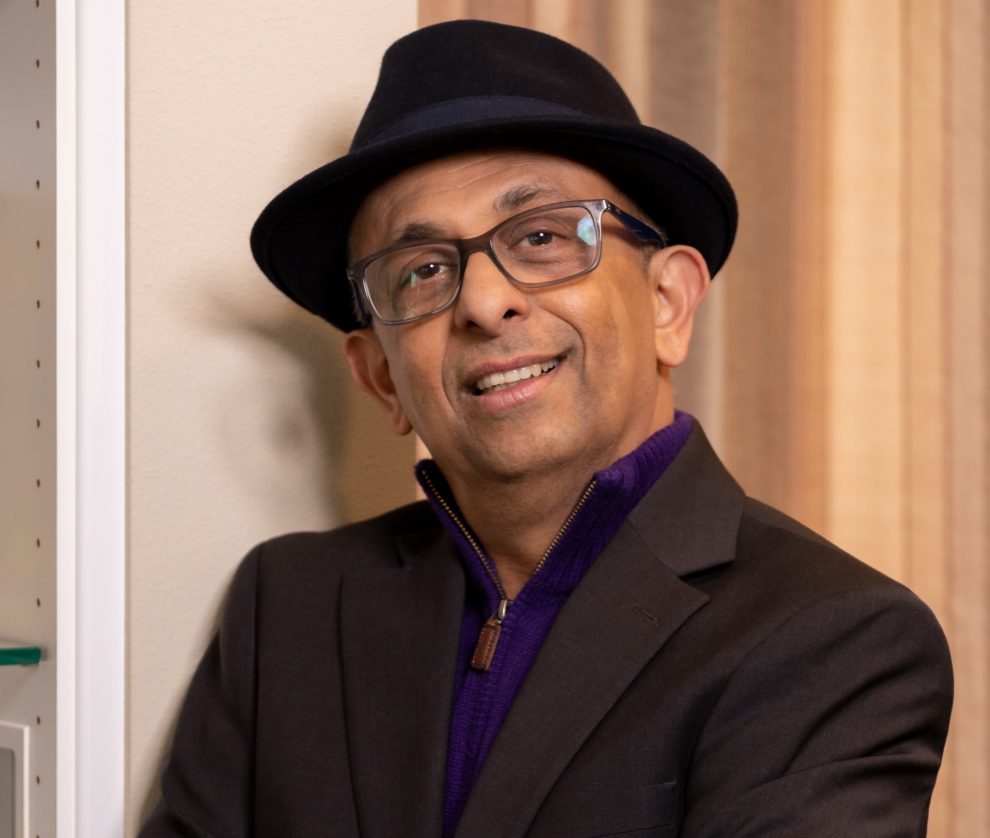 The culmination of Project Tiara was within reach. Siddhartha could barely contain the butterflies in his stomach as he drove the blue Maruti towards Benson college. The late afternoon sun blazed right into his eye, making him squint.

The evening program would start with an Antakshari competition, followed by Shakespeare’s Macbeth, and end with a song and dance tableau encompassing all Indian languages, captioned Musical Medley. Siddhartha had been informed right at the outset, that due to time constraints, only the first four acts of Macbeth would be staged. Though initially disappointed that the fifth and final Act, including Lady Macbeth’s famous sleep-walking scene, would be left out, it had helped him finetune his plan – that Simi would not be required on stage after Act Three would come as a blessing in disguise.

Siddhartha had worn tan slacks and an olive-green shirt that would serve as camouflage amongst the campus shrubbery. A brown hat covered his baldpate. Large rectangular glasses, a false moustache and goatee had altered his face. Though his role was peripheral, he did not dare run the risk of a stray student or lecturer recognizing him. Coincidentally, his teaching stint at the college had just ended.

Would Simi bring the tiara? Would Kalpana have accessed the vault? Or would that bastard have voted them down? “We will find out.” He said aloud.

Sitting next to him clad in a jade green dress, Sadhana’s Carmelita avatar inspected the contents of the VIP makeup case on her lap. After the dress rehearsal, so pleased were they, that Asha and Bina had requested her to be the makeup artiste for the entire cast of Macbeth as well as that of the Musical Medley.

I am making Sadhana commit a crime. What if she gets caught? Siddhartha shuddered. Abhimanyu could go to any lengths in retaliation. “Honey, abort the plan?” He looked at her.

“Too late.” Sadhana took his left hand in hers and kneaded his fingers.

“We are doing this to teach that bastard a lesson.” He needed to hear his own voice. “If you sense any danger, we call it off.” Siddhartha parked the car outside the college gate. There was no chance of any one recognizing the blue Maruti – he had travelled by auto during his stint as a lecturer. “I will hover around until the designated hour.”

“As you say, the proof of the project lies in the planning.” Sadhana gave him a thumbs-up sign, got out of the car with the VIP makeup case and walked away on her platform heels, down the winding path leading to the auditorium.

No plan is perfect. Every plan goes haywire. What happens is always at variance with the plan. Yet the process of planning helps to think things through and catch snags that are not envisioned. Siddhartha had based his entire plan on the tenuous whim of a vain teen. Aided by liberal doses of subliminal suggestions of his own making. Having handed the baton to Sadhana, he trusted her ability to think on her feet and respond to circumstances as they unravelled. Had he believed in God; he would have asked God to protect her. Just her. All he cared about, above everything else, was Sadhana’s safety.

The cultural program was being conducted in the auditorium annexed to the main building. A long and narrow passage connected the back of the stage to the two green rooms – one for girls and the other for boys – each with its own attached bathroom.

Sadhana trotted into the girl’s green room and set to work. The Antakshari competition had just started on stage – Sadhana could hear the songs in the green room. She had completed applying purple makeup to the girls playing the three witches, when Simi breezed in, her best friend Lola lugging a suitcase on wheels behind her.

Asha and Bina stopped their agitated chatter and rushed to welcome the heroine of their play with loud remarks of relief. All the other girls surrounded Simi.

Lola placed Simi’s suitcase next to a square table that was right underneath the window overlooking the passage. Simi unzipped the suitcase, freed a shiny object from the layered depths of a suede bag, and perched it on her forehead. The girls squealed and shrieked, in delight and in envy.

Twirling around, Simi stopped in front of Sadhana. “Now do you believe me? Royal. Real. No imitations for me.”

“Enchanting!” Sadhana beckoned Simi to sit on the chair. The arrival of the object that was the objective of Project Tiara was a major milestone. Was this ‘Half the battle won’ or ‘Well begun, half done’? She was not sure. Siddhartha’s figures of speech could be confusing.

The other girls watched as Sadhana transformed the real-life princess into the drama queen of the day. After Sadhana had finished blow-drying Simi’s hair and applied to her face, a dusting of powder commingled with glitter, Simi got up to change into her costume.

Sadhana proceeded to the adjacent room with her paraphernalia – it was the turn of the boys – Vikas (Macbeth), Nahar (King Duncan) and the one playing Banquo – to get their makeup done.

After completing the boys’ make-up when Sadhana came back into the girls’ room, Asha and Bina were cajoling a hysterical Simi to stay calm. Once the showing off had worn off, the enormity of being in possession of the royal tiara had struck her.

On stage, the Antakshari program had ended. Asha and Bina herded Simi and the rest of the Macbeth cast out of the green rooms.

Sadhana set to work on the Musical Medley girls. She could hear the dialogue of Macbeth – Act One loud and clear. By the time the girls were all made up, Act Two had ended on stage. Simi returned to the green room to quickly change into the teal gown for the banquet scene in Act Three. “I will be back as soon as my role is done and change.” Adjusting the tiara, she announced to no one in particular, before returning to the stage.

Sadhana hastened the Musical Medley girls to proceed to the side wings and wait their turn. She desperately needed the green room to be empty by the time Simi arrived to change out of her costume, at the end of Act Three. She was not required on stage for Act Four. Only the three witches and Macbeth, were. This detail was at the core of Siddhartha’s complex plan.

Sadhana proceeded down the passage, back to the boys’ room. Nahar, whose King Duncan gets killed in Act Two, was back in the green room and was showing off his polaroid camera. He seemed smitten by Sadhana’s Carmelita avatar; ‘that cute lady’ Sadhana had heard him whisper.

Sadhana got worried when Nahar started aiming his camera at her and taking pictures. Siddhartha would not want any relics for posterity that would put them in danger. Lifting her elbow to shield her face, she requested Nahar to stop clicking, pleading shyness. She breathed easy only after Nahar apologized and left the green room.

Sadhana made sure the Musical Medley boys were all made up before Act Three ended on stage. “I am going to watch Act Four with the audience.” Sadhana announced. ‘Create your alibi.’ Siddhartha had taught her. A soon as she saw a lone girl clad in a teal gown enter the girls’ room next door, Sadhana stepped out of the boys’ room, into the passage.

The passage was poorly lit. Sadhana did not proceed towards the stage, as she had announced. She ducked left instead and remained in the shadows.

The door to the girls’ green room was ajar. Simi stood at the square table, her head bent, the lone naked bulb shining directly on her face. Placing her suitcase on the table, Simi packed the royal tiara in its suede box and put the box inside the suitcase. Next, collecting her jeans and kurta she went into the attached bathroom to change out of her ball gown.

As soon as she heard the bolt of the bathroom door click, Sadhana entered the green room. Simi would be in the bathroom for the next five or ten minutes. Sadhana had to be done before that.

Shoot. Simi had locked her suitcase. Thankfully, it was not one of those combination locks. While Siddhartha had equipped Sadhana with a host of steel instruments for any eventuality, she was in dread of using them. Instead, extracting the key chain he had given her, she managed to have Simi’s suitcase open in a matter of seconds. Developing the skill had taken her several hours of practice; Siddhartha had made her use the myriad keys on every suitcase and trunk they owned.

Sadhana took out the bejewelled tiara from the suede bag. She had only seen royal jewels on display at the Mysore Palace. She had not imagined in her wildest dreams, what it meant to own one. She placed the empty suede bag back inside the suitcase, locked it, and took brisk steps towards the back door.

She was halfway down the green room when the lights had gone out. This was not part of the plan. The green room was in pitch darkness. Sadhana panicked. What if things went horribly wrong? She heard a splash of water from the bathroom. Simi could come out any minute. Taking a deep breath, she goaded herself to hold onto the wall for support, and dragged her feet towards the back door. Sadhana could hear the thud of her own heart as she slid the bolt of the back door open. She had barely slipped out of the door into the shrubbery, when she heard Simi open the bathroom door with a loud noise. Sadhana latched the back door from the outside.

Excerpted with permission from Family Secrets, Jayant Swamy, Vishwakarma Publications. Read more about the book here and buy it here.

The Dispatch is present across a number of social media platforms. Subscribe to our YouTube channel for exciting videos; join us on Facebook, Intagram and Twitter for quick updates and discussions. We are also available on the Telegram. Follow us on Pinterest for thousands of pictures and graphics. We care to respond to text messages on WhatsApp at 8082480136 [No calls accepted]. To contribute an article or pitch a story idea, write to us at [email protected] |Click to know more about The Dispatch, our standards and policies
TagsFamily Secrets Indian thriller Jayant Swamy Vishwakarma Publications