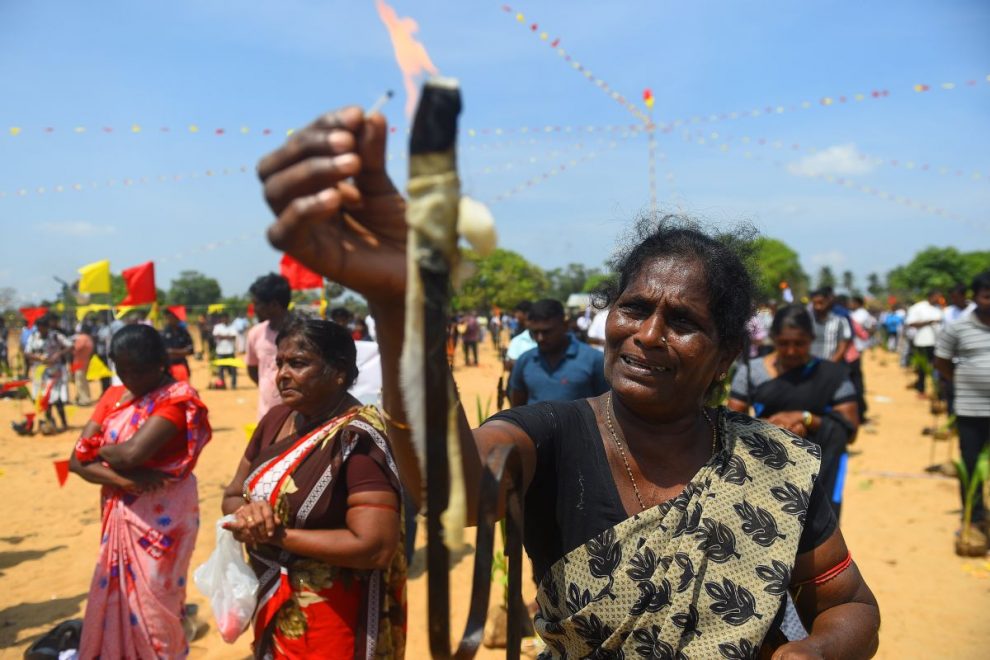 The 20th year marking the unanimous adoption of the UNSCR 1325, a historical, legal, and political framework on Women, Peace, and Security (WPS), was considered as an opportunity for women to look back on the progress made and the obstacles to overcome in the future. However, the spread of COVID-19 has now shifted the outlook of the WPS agenda where the challenges faced are further complicated by conflict, overtaxed health systems, and strained social relations.

The International Peace Institute in its brief on Peacebuilding during a Pandemic: Keeping the Focus on Women’s Inclusion recommends a five-fold approach to ensuring the participation of women in peace efforts using case studies from Afghanistan and Yemen, two countries experiencing intense ongoing armed conflicts and violence. However, in terms of Sri Lanka, the grounds for analysis are significantly different. As a country that has been classified as a post-conflict society for over a decade but still ranks as low as 77 out of 163 countries in the 2020 Global Peace Index, the five recommendations are applicable in Sri Lanka, perhaps with more emphasis on state leadership than any other factor.

Despite deep impacts in conflict, women have few roles in decision-making

In the consideration of state leadership on WPS and women’s participation in the formal peace process in Sri Lanka, the status is deeply gendered. The process of decision-making in peace efforts remain in the hands of men, whereas those who were afflicted in the post-war situation are mostly women. This disparity has never been bridged in an official state-sponsored capacity and remains the domain of the civil societies and grassroots organizations. Moreover, the ground-breaking efforts of women peacebuilders such as Visaka Dharmadasa who formed the Association of War Affected Women (AWAW) remain unappreciated and undocumented. Even though the 2020 General Election in Sri Lanka saw more female candidates due to renewed electoral quotas, the influence of deeply rooted patriarchy is still visible as Parliamentary representation remains low with only 11 female representatives in total with no gender parity. It was a heavy blow to the progress made in the past years when the portfolio for Women Affairs was not included in the newly formed Cabinet, especially as the pandemic calls for gender-sensitive responses due to increased domestic violence.

Another aspect that needs to be addressed in Sri Lanka is that the peacebuilding efforts of women during the pandemic get little to no media coverage. For example, Visaka Dharmadasa, the chairperson of AWAW has been actively engaged in carrying out an integrated response to COVID-19. This includes food and medicine distribution, providing advice regarding the COVID-19 threat, organising a 24-hour domestic abuse hotline and encouraging the police to enforce a zero-tolerance approach to domestic violence. The activists engaged with the domestic abuse helpline established by Women In Need (WIN) society has contacted the police on several occasions to request aid for domestic abuse victims. Several women’s organizations have spoken against the scapegoating of Muslims in their communities, especially after the unfortunate Maligawatta Stampede in May that caused the death of 3 Muslim women. However, there was low media coverage of the involvement of women peacebuilders in these situations, thereby undermining their contribution towards peacebuilding in general. Hence, in Sri Lanka women peacebuilders need recognition in mainstream media, which is even more relevant during the pandemic, as women are in the frontline of healthcare work and experience increased domestic violence during lockdowns and work from home settings.

It should also be noted that the pandemic has exacerbated existing societal fault lines and Sri Lanka is currently in a phase of extreme volatility with regards to ethnic violence. Hence the women of minority communities require additional protection and security during a pandemic which should become another aspect of the WPS agenda. Moreover, financing the efforts of women peacebuilders should be brought to the limelight as the grassroots organizations that do more relief work on the ground level is solely dependent on donations and fund-raisers which are becoming infrequent due to the economic slowdown caused by the pandemic. State sponsorships or partnerships of women peacebuilding activities are necessary to increase the effectiveness and reach of such projects.

A crucial factor that is pertinent to the Sri Lankan context is the need for the collection of gender-disaggregated data in the time of a global pandemic to ensure gender-sensitive responses. For example, in Sri Lanka, the pre-COVID data indicates a high baseline for intimate partner violence (IPV) and gender-based violence (GBV). These numbers have undoubtedly risen higher during the pandemic as the island-wide curfew and lockdowns were in effect during the earlier stages and currently many households are facing economic strains due to unemployment. Women In Need (WIN) society of Sri Lanka claimed that 60% of the calls received during the period from March to April was related to domestic violence. In certain cases, when the Police were informed of domestic violence action was delayed as the protection of women and children did not fall under the purview of ‘essential services.’ This reveals the need for gender-based data collection including that of varying gender identities, sex workers, and cases of cyber-bullying, which will enable the understanding of how the pandemic affects women in particular as the increased visibility of the household will expose the vulnerability of women alongside weaknesses in law enforcement.

Time for women to be in the frontline of Peacebuilding

In conclusion, the example of post-conflict Sri Lanka can only add further emphasis to the need for women in the frontlines of peacebuilding operations as decision and policymakers rather than be confined to the mere communal level programmes during a pandemic. State representation has become a massive hurdle for women peacebuilders in Sri Lanka to overcome and there is a need for affirmative action taken for holistic representation at the state level. The locker-room culture that undermines the effort of women peacebuilders needs to be addressed in order for them to become more than activists working for change in the backdrop and truly become agents of change. Proper media representation and documentation of the role of women in peace efforts could initiate the awareness of their activities, enabling them to overcome this hurdle. Therefore, it is evident that in the case of Sri Lanka, inclusiveness at the state level can ensure that the pandemic does not take away the focus on the WPS agenda, but become an opportunity for increased female participation in peacebuilding.

The author is a postgraduate scholar from the South Asian Studies, UMISARC, Pondicherry University.