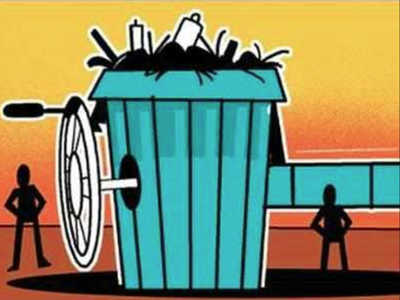 Srinagar, Apr 03: In the city of 1.5 million, solid waste in nearly 88 percent of electoral wards of Srinagar Municipal Corporation (SMC) is not being segregated from source while in only four administrative wards, the process is in place.

The officials of the Corporation said that among the four administrative wards wherein the solid waste is being collected from the source includes Ward-Humhama, Karanagar, Nishat Shalimar and Lal Bazar ward.

“The process of segregation these wards was started on 10th of March, 2021 on pilot basis,” the official said.

The SMC officials also claim that in coming months the segregation of waste will be expanded across all wards of the city so that the collection part will be taken care of.

SMC Commissioner, Athar Amin Khan said, “We are planning to expand the segregation part throughout the city and we will be having 12 garbage transfer stations here where the waste will be decentralized and then moved to final site for disposal,”

“At final site, a proper mechanism would be followed where biodegradable waste can be composted, non-biodegradable will be recycled and non-recycled will be shredded and put in use in various factories like cement factories where RDF is used. This all process is done with the existing waste,” he said.

He also said that as of now SMC is in a mechanism where we plan to segregate the old waste into biodegradable and non-biodegradable by the process of bio-mining and bio-remediation and the waste is taken out and put in segregators, after separation different components are taken out like RDF and that site gets cleared after all this process—(KNO)