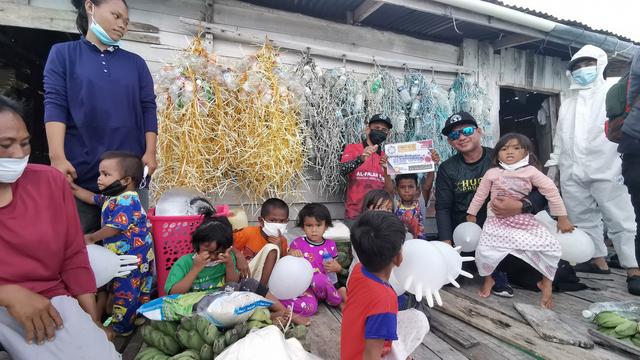 KUALA LUMPUR: Some flee on boats. Some hide in the stilts under their homes. Others run into the woods.

The race to tackle COVID-19 in Sabah, Malaysia’s biggest palm oil producing state, is being complicated by an estimated one million undocumented migrants and stateless residents who account for a third of the population.

Sabah accounts for nearly half of Malaysia’s 54,775 recorded COVID-19 infections and over half its 335 deaths despite having barely a tenth of the Southeast Asian country’s population.

But health officials fear the real picture could be much worse as people evade screenings in fear of detention or deportation.

“We see authorities coming, we do what we’ve always done: run,” Ahmad Han, an undocumented migrant living on the outskirts of Semporna district in Sabah, told Reuters by phone.

As of Nov. 17, nearly a fifth of the state’s infections involved foreigners, according to government data obtained by Reuters.

They included stateless indigenous communities as well as refugees and migrant workers from neighbouring Philippines and Indonesia, countries that have the highest number of coronavirus cases in the region.

Sabah has recorded 192 deaths from COVID-19 so far. Of the 176 fatalities recorded in the state as of Nov. 16, 63 people died even before receiving treatment, including 40 foreigners, according to the data provided by Sabah cabinet minister Masidi Manjun. The data included both documented and undocumented migrants.

“Many would flee whenever they see nurses in uniform or an ambulance,” Masidi, who is also the state’s spokesman on COVID-19 matters, told Reuters.

“We are constantly trying to convince them that they won’t be arrested or deported when they go for COVID-19 testing. But the response has been lukewarm to say the least.”

Malaysia’s crackdown on undocumented migrants since the start of the pandemic has also worsened fears among vulnerable communities, rights groups say. The country has detained thousands, including during lockdowns, in what it says are efforts to stem the virus’ spread.

Coronavirus infections have been surging in Sabah since a state-wide election in September.

Movement restrictions have already hurt production of palm oil, a key export for Malaysia, while an emergency has been declared in one eastern Sabah region to prevent a by-election during the pandemic.

Deprived of income due to lockdown measures and ineligible for government aid, many of the undocumented people depend on working odd jobs to survive and fear that being forced to quarantine would leave their families unable to fend for themselves.

“Many come in only when they’re at the stage where they’re having trouble breathing,” said one doctor at Tawau Hospital in eastern Sabah, who declined to be identified as staff there were not authorised to speak to media.

On islands off Semporna, the Bajau Laut community of sea nomads, most of whom are stateless, only came forward after health officials teamed up with aid agencies to persuade them to undergo screening in exchange for supplies such as rice, oil, baby formula and sanitary pads.

But even after they were tested, many fled as they feared being quarantined on land.

“Many communities live far in the interior or on remote islands so it’s hard to do contact tracing or transport patients to health facilities.”