“Trump tries to turn health crisis into poll opportunity, using schools, colleges as pawns. A welcome push back has begun,” read the editorial of The Indian Express. It further read, “Heads of government will be judged by posterity on the intelligence and integrity with which they are facing the COVID-19 challenge. Going by his record so far, US President Donald Trump will be remembered primarily for his attempts to duck it or to politicise a public health disaster as he seeks a second term. Both these factors were on show on Tuesday, when he dismissed the “China virus” again and intensified the push to reopen educational institutions fully, with serious implications for foreign students, American businesses and families. American schools and colleges are rightly considering the reopening process with extreme caution, and like in other countries, a significant part of academic life has gone online. This presents a political problem for Trump, whose response has consisted almost entirely of downplaying the pandemic, which is taking a mounting toll in the US,” read the full editorial here.

“CBSE decision to reduce syllabi shows misunderstanding of students’ stress, gives short shrift to ways of learning,” read the editorial of The Indian Express. It further reads, ” The COVID-19 pandemic has eaten into the academic year of schools, creating pedagogical challenges for teachers and learning problems for students. This emergency demands creative solutions from the country’s education policymakers. Instead, the country’s premier examination body, the Central Board of Secondary Education (CBSE), has used the blunt and mechanical measure of reducing syllabi “by up to 30 per cent” to “reduce the course load for students of Class 10 to 12”. This means that students will graduate to the senior-secondary level without learning about the human eye and the magnetic effects of electric currents or engaging with social science concepts such as “democracy and diversity”, “gender, religion, caste” and “popular struggles and movements”. Excised from the syllabi of classes 11 and 12 are chapters on citizenship, nationalism, secularism and the Partition of the country. The algebra basic, the binomial theorem, and the chapter on mathematical reasoning have been sacrificed at the altar of “curriculum rationalisation”. The CBSE and the Union Ministry of Human Resource Development reason that the cuts will “ease the burden on students”. But their reasoning actually reflects an old failing of education policy-making in India — there has been scarcely any attempt amongst policymakers to understand what actually stresses the child. The “course load” has become an easy scapegoat for student anxiety,” read the full editorial here.

“A combination of circumstances is helping Nitish Kumar stay ahead in the race for Bihar,” read the editorial of The Hindu. It further reads, ” In the last 15 years, Bihar Chief Minister Nitish Kumar has been on the winning side in all elections, barring one to the Lok Sabha in 2014. In 2005 and 2010 he led the NDA to power in the State. In 2014 he parted with the BJP, refusing to accept Narendra Modi as the candidate for Prime Minister. After his party, the Janata Dal (United), fared badly electorally, he vacated the CM’s post for Jitan Ram Manjhi, a Dalit leader, in political manoeuvering that went out of his control soon. He reclaimed the chair and went on to fight and win the 2015 Assembly election in alliance with the RJD, the Congress and other small parties on the social justice plank. He had bitterly fought RJD founder Lalu Prasad since his exit in 1993 from the Janata Dal mother ship in which they both had cohabited for long. On July 26, 2017, he snapped ties with the new partners and returned to the BJP’s embrace. Helped by an amoral agility and elastic ideological moorings, Mr. Kumar has outperformed expectations of political survival that his thin social base could yield in the normal course,” read the full editorial here.

“America’s visa curbs reek of coercion, bias,” read th editorial of The Tribune. It further reads, “Covid-19 has not only devastated lives and livelihoods across the globe, but also played havoc with the academic calendar. Amid the restrictions necessitated by the pandemic, educational institutions have been engaging with students through online classes — a ‘something is better than nothing’ option that factors in the current unfeasibility of in-person teaching. In a move betraying total disconnect with the situation on the ground, the Donald Trump administration has made it tougher for international students to stay and study in the US. America’s Immigration and Customs Enforcement agency has said that it would not allow holders of student visas to remain in the country if their institution goes fully online for the upcoming fall season. These students face the risk of deportation if they don’t shift to universities and colleges offering a blend of in-person and online coursework,” read the full editorial here. 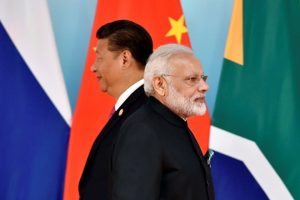 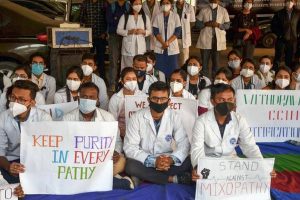