“Rating downgrade by Moody’s underlines sombre economic outlook, the pressing challenge ahead,” reads the editorial of The Indian Express. It further reads, ” In November 2017, Moody’s Investors Service had upgraded India’s rating to Baa2 on expectations that the then progress on reforms would, over time, enhance India’s growth potential. It had believed that the “implementation of key reforms would strengthen the sovereign’s credit profile through a gradual but persistent improvement in economic, institutional and fiscal strength”. However, as the country’s economic data indicates, these expectations have since been belied, as the implementation of the reforms has been “relatively weak”. Acknowledging this, on Monday, the rating agency downgraded India’s foreign-currency and local-currency long-term issuer ratings to Baa3 from Baa2. While the markets may well have factored in this move — Moody’s rating is now in line with that of both Standard & Poor’s and Fitch — the downgrade, nonetheless, underlines the grim economic reality,” read the full editorial here.

“Death of George Floyd may or may not be a turning point for America. But protests show wound has cut deeper and wider” reads the editorial The Indian Express. It further reads, “It is 28 years since four white police officers were acquitted of beating Rodney King to death in Los Angeles, triggering race riots in several cities across the United States. In these nearly three decades, the US has changed in many ways, particularly for the outside world. In a post-Cold War world order, it rose as the only global super power. As a victim of one of the worst acts of terrorism, it fought wars on foreign shores to protect itself from those who threatened the “American way of life”, and declared it would reconstruct those countries that bore the brunt in its own image, by taking to them its own “democratic values”. It policed the world, pronouncing judgement on the lack of freedoms in countries it did not see eye to eye with, threatening them with sanctions or worse. Through it all, however, there was, and there is, much to admire about America, its founding ideals, its freedoms and its wealth. It made new friends, and nations across the world were flattered when it bestowed on them the title of ally. But as it changed, its deepest internal fault line remained unhealed, and erupted repeatedly — Cincinnati, 2001; Ferguson, 2014; Baltimore, 2015; Charlotte, 2016 and countless times in between,” read the full editorial here.

“Yet another confirmation of how China hurt the world,” reads the editorial of Times of India. It further reads, “A damning AP investigation has revealed the extent to which China failed to share information about the novel coronavirus with WHO in December-January, as also the extent to which WHO was acutely aware of this problem but took the public position that it was very thankful to China for being very cooperative. Going forward, the revelations bear strong warnings to the world struggling against the virus as also its devastating economic aftermath. According to the investigation, in the second week of January WHO’s chief of emergencies Dr Michael Ryan told colleagues that the scenario was identical to the outbreak of SARS that started in China in 2002: “WHO barely got out of that one with its neck intact given the issues that arose around transparency in southern China.” The lack of transparency this time has of course taken a much more tragic toll, threatening long-term blight in many countries,” read the full editorial here.

“Moody’s rating downgrade of India should turn government’s focus to economic growth,” reads the editorial of Times of India. It further reads, “Moody’s Investors Service this week downgraded India’s long-term foreign currency and local currency ratings a notch to Baa3 from Baa2. India’s rating remains investment grade but the outlook continues to be classified as negative. It’s been a sharp turnaround; Moody’s in November 2017 upgraded India based on expectations of economic reforms. The message is worrisome because the rating downgrade was not on account of Covid-19’s fallout. It was influenced by Moody’s assessment of the capability of India’s policymaking institutions and financial sector stress. The combined impact of these factors harms the fiscal situation.
The key takeaway from the downgrade is that the rating agency which was most optimistic about India earlier is now pessimistic about its ability to implement reforms. Consequently, it remains sceptical about recent reform announcements. All of this leads to questions about India’s long-term growth potential. Economic growth is crucial as it is the only channel through which India can confront its myriad challenges, including an increasing debt burden. India’s growth decelerated in the last three years and for the current year Moody’s joins a growing list of entities forecasting India’s first recession in 40 years,” read the full editorial here.

“Governments and citizens need to be prepared for a surge,” reads the editorial of Hindustan Times. It further reads, “India now has over 200,000 cases of the coronavirus disease (Covid-19). It is now the seventh most affected country in the world. The only silver lining is that India’s fatality rate at less than 3% is among the lowest of the severely affected countries, which means that while the infection is spreading, it is not leading to as many deaths as elsewhere. While this is a health advantage India must sustain and build on, the situation is worrying. India crossed 100,000 cases on May 18 and the doubling rate is about 15 days. If this persists, it means that by the middle of June, India may be close to 400,000 cases; by the first week of July, it could cross a million cases. This also means that if the current fatality rate stays static, India may witness close to 30,000 deaths from the disease by early July. While this may be low in relation to other countries, it still represents a staggeringly high loss of precious Indian lives within a period of four months since the disease started spreading in India. Now, take into account the fact that through May, the lockdown was still in force, albeit with greater relaxations in the last fortnight of the month. The country has now substantially opened up, which, all experts agree, could lead to a sharp increase in cases,” read the full editorial here.

“There’s a lesson for India in the grim Floyd saga,” reads the editorial of The Tribune. It further reads, “Raging protests outside the White House forced the security service to push the US President into the safety of a bunker, while rioting paralysed nearly 40 cities, which were later placed under curfew. US President Donald Trump, in turn, blamed it all on Antifa, threatening to label it a terrorist organisation, though the members of the leaderless Antifa — the far left, anti-fascist collective — were merely protesting the police brutality in Minneapolis that ended the life of a 46-year-old African-American, George Floyd, pinned down to the ground by a White police officer, Derek Chauvin. All this was filmed by a bystander with the ubiquitous mobile camera. So far, the story is similar to that of everyday instances of police brutality all over the world, particularly closer home,” read the full editorial here

“India, recent estimates reveal, has clocked the slowest growth rate in several years under his watch,” reads the editorial of The Telegraph. It further reads,” n epistolary note need not be a testimony to bitter truths. In his letter to the nation, published — possibly — to coincide with the first anniversary of his second term in power, the prime minister, Narendra Modi, attempted to sweeten a rather acetous message for the future of a pluralist, accommodating, secular republic. Among the notable milestones of a “historic journey” — in other words, the accomplishments of this regime — Mr Modi especially cited the abrogation of Article 370 that had vested the former state of Jammu and Kashmir with special privileges, the resolution of the Ram temple controversy as well as the passage of the Citizenship (Amendment) Act — a “symbol of India’s compassion” in the prime minister’s opinion. Mr Modi’s letter, much like his commitments towards inclusion and economic reliance, is a masterful act of omission. It would, therefore, be instructive to collate what Mr Modi chose not to mention in his missive. The annulment of Article 370 had been implemented unilaterally — the state legislature had no say in the matter — and Kashmir, since then, was put under a lockdown unprecedented in India’s democratic history. The protests that had engulfed the nation after the passage of the CAA, a blatantly divisive legislation that seeks to deny India’s ‘compassion’ to Muslims seeking Indian citizenship, found no mention in the letter. The prime minister is a modest man. Why else would he refrain from mentioning his government’s ‘achievement’ on the economic front? India, recent estimates reveal, has clocked the slowest growth rate in several years under his watch. He did, however, refer to the plight of migrants and labourers; but surely, the prime minister cannot be expected to explain the cause of their misery — an unplanned lockdown followed by a stubborn refusal to put an emergency remittance in their hands?,” read the full editorial here 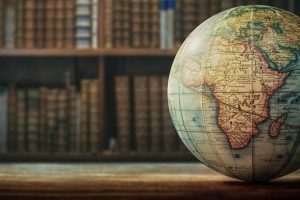 Rewriting History: Scholarly Not Political Use

Be vocal for local
Healthcare System: Need for donation-free budget