Disengage, but verify
“That talks are taking place is a good sign. China’s new claim to entire Galwan Valley highlights challenge ahead,” read the editorial of The Indian Express. It further reads, “Neither Delhi nor Beijing have given too many details on the “mutual consensus” on military disengagement arrived at in Monday’s meeting of senior military commanders in eastern Ladakh. The talks at the military level are being reinforced by diplomatic consultations between the two governments. Having seen the previous agreement on June 6 break down, Delhi would be wise to be extra cautious this time. Even with the best of goodwill and political trust, demobilising militaries from a line of confrontation is inherently difficult. Questions on the interpretation of the agreement, the sequence of withdrawal, timelines for implementation and the protocols for verification of the steps taken can all be deeply contentious. After the bloody encounter at Galwan on the night of June 15, mutual goodwill at the military level and trust at the political level are unsurprisingly in short supply,” read the full editorial here.

“Her legal ordeal, stated reason for grant of bail, raise questions. Bail is not charity, it flows from constitutional principles,” read the editorial of The Indian Express. It further reads, Appearing for the Delhi Police, on Tuesday, Solicitor General Tushar Mehta said he had no objection to the release of Jamia Millia Islamia student Safoora Zargar on “humanitarian grounds”. The 27-year old was arrested by the Delhi Police’s Special Cell in April and charged under the draconian UAPA for her alleged role in the communal violence in Northeast Delhi in February. In her bail plea, Zargar had listed pregnancy as one of the grounds for seeking relief. Following the SG’s submission, the Delhi High Court granted her bail. But the 27-year old’s more than two-month old ordeal — she was denied bail twice by sessions courts in Delhi — raises fundamental jurisprudential questions. Why was the cardinal principle of criminal justice, “presumption of innocence until proven guilty” — enshrined in Article 11(1) of the Universal Declaration of Human Rights and invoked by the Indian judiciary in a number of cases — not applied in this case? Why should an accused be compelled to seek bail on humanitarian grounds? Doesn’t the right to life and liberty, guaranteed by Article 21 of the Constitution, offer protection against prolonged imprisonment to an undertrial?,” read the full editorial here.

“India sends a strong message to unreliable Pakistan,” read the editorial of The Tribune. It further reads, “Trust deficit between India and Pakistan has worsened in recent years in the wake of major terrorist attacks carried out by Pakistan-backed outfits on Indian soil — Pathankot and Uri (both in 2016) and Pulwama (2019). With Pakistan failing to convince India — and the international community at large — of its commitment to stamping out terrorism emanating from its territory, diplomatic ties between the two countries have become increasingly strained. India has now told Pakistan to reduce the staff in its High Commission in New Delhi by half, while deciding to slash the staff strength in its own High Commission in Islamabad. The pragmatic move follows a couple of acrimonious incidents. India had expelled two Pakistani diplomats on May 31 on the charge of espionage pertaining to the movement of Indian Army troops. A fortnight later, the Pakistani authorities detained two junior members of the Indian High Commission in Islamabad in a ‘hit and run’ case and released them after several hours. India claimed that the two staffers had been abducted and subjected to barbaric treatment. Pakistan’s action was perceived to be in retaliation for the expulsions,” read the full editorial here.

“America grew with its immigrants. Can Silicon Valley’s loss be India’s gain?,” reads the editorial of The Times of India. It further reads, “In an election year US President Donald Trump has unleashed a brahmastra from his executive powers by suspending H-1B and other work visas until December. Trump is obviously appealing to a domestic constituency facing job losses during the pandemic, by pointing fingers at immigrants. The suspension until December will have limited impact on Indian IT companies given travel restrictions that are in place. Moreover, the paradigm shift to work from home has accelerated offshoring processes aided by cloud services. The hit will be taken largely by the US technology industry and international students hoping to stay on after graduation,” read the full editorial here.

In turmoil: The Indian labour market

“Even before the pandemic hit, the trend in unemployment was deteriorating,” read the editorial of The Telegraph. it further reads, Covid-19 and the resultant lockdown have thrown the Indian labour market into turmoil. Jobs have been lost, wages and salaries reduced or not paid at all, benefits withheld, and job security has all but disappeared. The future looks bleak with the pandemic showing no signs of remission. Moreover, the Central government appears hesitant and confused at best, insincere and callous at worst. Policy reactions have been slow — inadequate in many respects — and, arguably, misdirected in many ways. As happens with shocks to economic activity, the worst hit are the poor, the rural population, the minorities and other socially disadvantaged groups, including women. Above all, the uncertainty about the future looms large in the labour market. The results of a survey conducted in nine Hindi-speaking states reveal that Muslim workers’ perception of future job prospects and the possibility of regaining lost employment is the worst. While job losses have been of similar magnitude in urban and rural India, the uncertainty of getting back to employment is much worse in urban areas. Women and migrant workers fear the worst about the future. Even before the pandemic hit, the trend in unemployment was deteriorating. Surprisingly, those with higher education within the age group of 15-29 suffered higher rates of unemployment. Since the growth of white-collar jobs declined, the emphasis had been on promoting start-ups. Now, start-ups have shrunk too. The educated youth have thus been sucked into the labour market turmoil,” read the full editorial here. 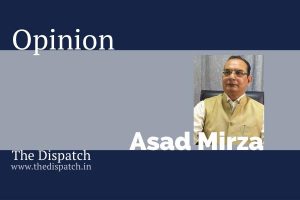