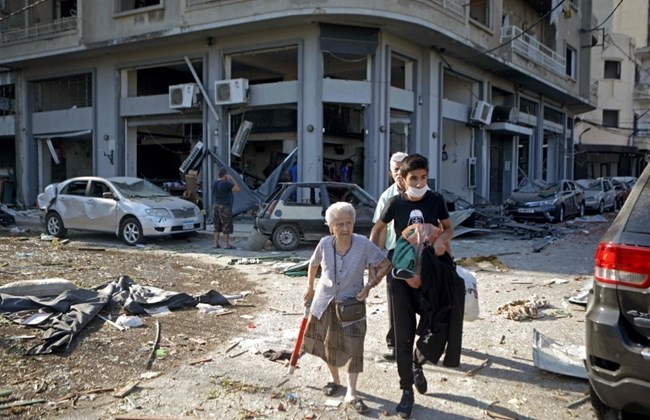 AMMAN: Thousands of elderly women in Beirut whose lives were upended by a huge blast in August now face destitution, as Lebanon buckles under financial crisis and a COVID-19 lockdown, charities said.

The United Nations (U.N.) and aid agencies said older women living alone made up almost one in 10 households in areas hit by the explosion, which wrecked swathes of Beirut, killed 200 people, injured thousands more and displaced 300,000.

“A mental health hotline responder noted a rise in calls from older people contemplating suicide,” UN Women and others said in an analysis, calling for emergency aid in Beirut to better target potentially “invisible” elderly people.

“Because of higher rates of physical disabilities among older people, combined with increased inability to leave their homes, limited economic means and fears around COVID-19, older women are struggling to access assistance.”

Before the August explosion, which officials blamed on unsafely stored ammonium nitrate, Lebanon was already grappling with worsening poverty, the scars of civil war three decades ago and a financial crisis rooted in corruption and mismanagement.

BURDEN ON THEIR KIDS

Some elderly people in Lebanon feel they are a burden on younger relatives, charities said, as there is no state pension in the Middle Eastern country and only retirees who were in formal employment receive financial support in old age.

Old women are often left in poverty. Lebanon has one of the world’s lowest rates of women in the workforce, with less than one in three in paid employment, according to UN Women.

“Because of this, they are less likely to have the economic resources to react, respond and recover from the crisis.”

Widows are often unable to support themselves financially so they rely on their children, who then count on their children to do the same for them in old age, said Maya Ibrahimchah, founder of Beit el Baraka, a non-profit that supports elderly people.

“We don’t want parents to always be a burden on their kids,” she told the Thomson Reuters Foundation.

“These three post-war generations are not living. They are surviving in order to take care of the previous generations.”

Beit el Baraka was one of the leaders of Beirut’s large community-led effort after the blast to help rebuild homes, provide aid, medication and psychological support.

One of its main goals is to help elderly people with rent and utility payments so that they are not forced out of their homes into cheaper accommodation or on to the streets.

“It’s very difficult at 70 to leave your whole life, your friends and neighbours behind, and go rent a small room in a poor area where you don’t know anyone,” Ibrahimchah said.

“(We) need to make sure that they can stay in their homes and be taken care of until this economic crisis is over.”

Plans to expand social protection schemes to tackle poverty, including a universal state pension, were put on hold after the government resigned in the wake of the August blast, said Assem Abi Ali of the social affairs ministry.

“One of its main components addresses the issue of caring for the elderly through a pension scheme … in order to protect them from destitution, hunger and homelessness,” said Abi Ali who supervises its crisis response plan, which began in 2015.

But Dore-Weeks said more needed to be done to provide elderly women, disproportionately living in poverty and alone, with medical and emotional support during the pandemic.

“There is a huge need for tailored psychosocial support for these communities and that is a real challenge in the context of COVID-19 when so many face-to-face interactions are deemed unsafe,” she said.