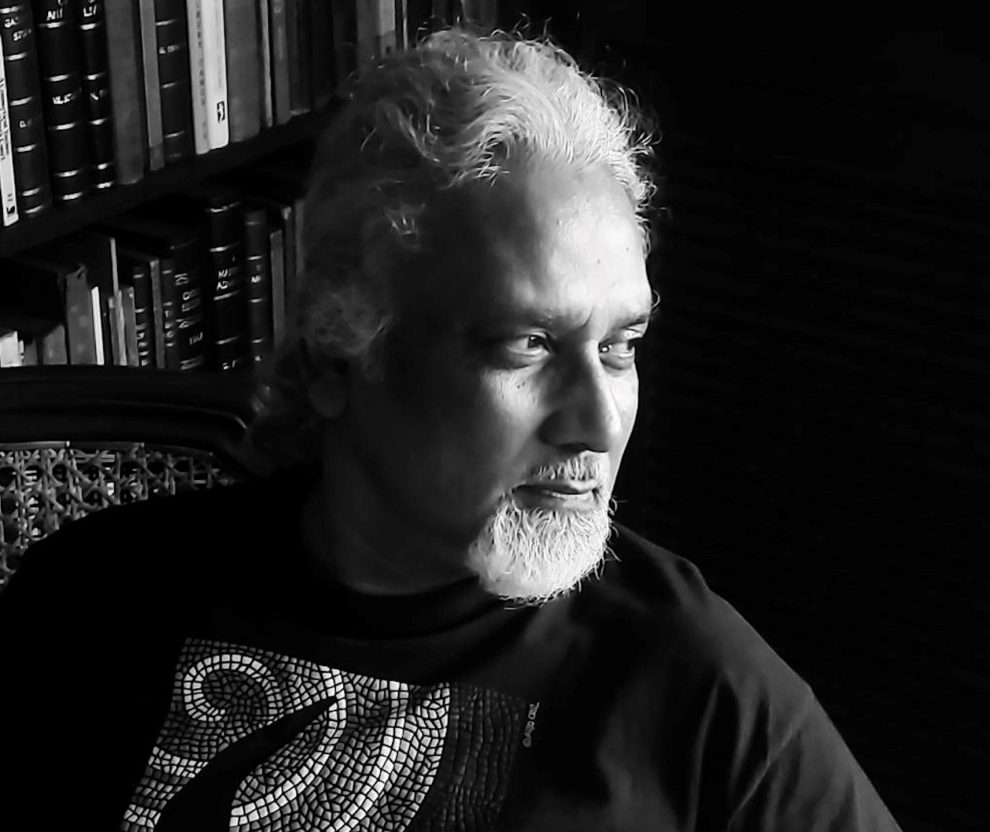 The alarm clock in the Sengupta household went off every morning at six, unless Rohini had set it for a half hour earlier for her yogic breathing. Sunrise was the best time to expand her chronically obstructed lungs and expel the excess carbon. Shutting the left nostril with an index finger, she inhaled through the right, then closing the right nostril, exhaled through the left. Twenty counts, with a break in between. With Joy still asleep, she made up her potion of ginseng, lemon and the extract of young banana leaves. Then, setting the milk to boil, she smoked her first cigarette of the day.

Her doctor had reminded her during her last visit that her grade two COPD was merrily on its way to grade three. To pull back from the cliff edge, she’d need to lose weight, avoid pollution and quit smoking. ‘I want you to go from a pack a day to seven, then drop down in steps to three, two, one, and zero,’ Dr Rakshit made it sound like a countdown. Her weight was in her genes, Rohini argued, whenever Joy reminded her of Dr Rakshit’s advice. Pollution was unavoidable in the most polluted city in the world, and smoking? Everyone needed a stress buster, especially the head teacher of Epsilon International School.

‘You can quit Epsilon to quit smoking.’ Joy had made the mistake of offering a practical solution.

‘I’m thinking the same thing,’ Rohini answered, clipping buds in her terrace garden. ‘Thinking of starting a bordello and becoming a madam. Let others do the heavy work. Become Lulu White of Kolkata.’

Waking late after the Flurys evening, Joy watched Rohini smoking. Normally, he’d shut his eyes or roll over to face the wall. There was no point making a scene so early. It wasn’t the business of the bank or Joy Sengupta, married to Rohini Sengupta for twenty years, to close the file on COPD. It was up to the skeleton inside her to decide how it wished to manage the tissues, how much suffering it pleased to grant itself. Normally, he’d ponder a philosophical question while listening to the chattering sparrows: What made humans breed their own enemy, like gods giving birth to demons? The Rohini he’d met after the cast was taken off his leg was practical. She didn’t believe in the feasibility of a revolution, the unworkable task of winning a class war or the illogical premise of becoming comrades first before becoming lovers. Rohini and Mimi were two hands of the same clock, one turning clockwise and the other, anticlockwise. As a zoologist, Rohini believed in the eleven elements found in the human body. The time she spent with Joy was devoted to mammalogy and taxonomy. Darwin was a greater prophet to her than Marx. And she understood the central purpose of all living forms: to mate and multiply.

In Rohini, Joy had met the perfect antidote: the brute force of life neutralized the juvenilia of youth. Their life, built bit by bit with salary, increment and bonus, bore the hallmark of a solid plan. It had yielded a south-facing flat—a rarity in the city—twenty uninterrupted years without an affair on either side, and Bobby. For health, they had yoga, and servants for housework. There were friends carried over from college and new ones; for fun, an occasional joint to go with rum on weekends, and fucking on the open terrace when drunk.

His body turned towards the wall, Joy asked himself why the plan had failed like the revolution. With Rohini smoking away her lungs, it was obvious to him that being practical was no different from being a dreamer, both flawed, unequal to a crafty human nature.

‘You were unsettled last night,’ Rohini spoke to Joy over her shoulder. ‘Troubled. Your mind was elsewhere. You took a full hour in the shower, didn’t finish your favourite linguini.’

Rohini was unsettled too; he could sense this on his return from Flurys. It was appraisal time for staff at Epsilon, and she was busy going through the file of each and every teacher, 150 of them. She was playing the role of the Machine, scanning for errors: complaints against a teacher by a parent or mistakes in marking exams. The school’s private owners wished to retain only the perfect ones and fire the rest. The linguini was overcooked, lumpy, and she’d made a face at dinner.

‘You’re lucky to be with the government. You can work till sixty then leave after a farewell party, not wait to be hacked off just because some stinking parent thought you were rude to their princess.’

Rohini didn’t worry about getting hacked, Joy knew. She worried for those she’d have to look in the eye and smile a sad smile.

‘Did head office call you in for some reason? Did they find something had gone wrong at the branch?’ Handing him his teacup, Rohini appeared to have recovered from the appraisal. Morning teatime was their domestic hour to go over blocked pipes or matters arising at Bharat Bank or Epsilon.

Excerpted with permission from In An Ideal World, Kunal Basu, Penguin India. Read more about the book here and buy it here.

The Dispatch is present across a number of social media platforms. Subscribe to our YouTube channel for exciting videos; join us on Facebook, Intagram and Twitter for quick updates and discussions. We are also available on the Telegram. Follow us on Pinterest for thousands of pictures and graphics. We care to respond to text messages on WhatsApp at 8082480136 [No calls accepted]. To contribute an article or pitch a story idea, write to us at [email protected] |Click to know more about The Dispatch, our standards and policies
TagsContemporary Fiction In An Ideal World Kunal Basu Penguin India

“The Teachings of Bhagavad Gita”: This book is a perfect source to discover the art of self-empowerment by exploring the various facets of this most sacred text
“More Things in Heaven and Earth”: This novel depicts a sinister tale of what happens when love, obsession and betrayal collide
Comment