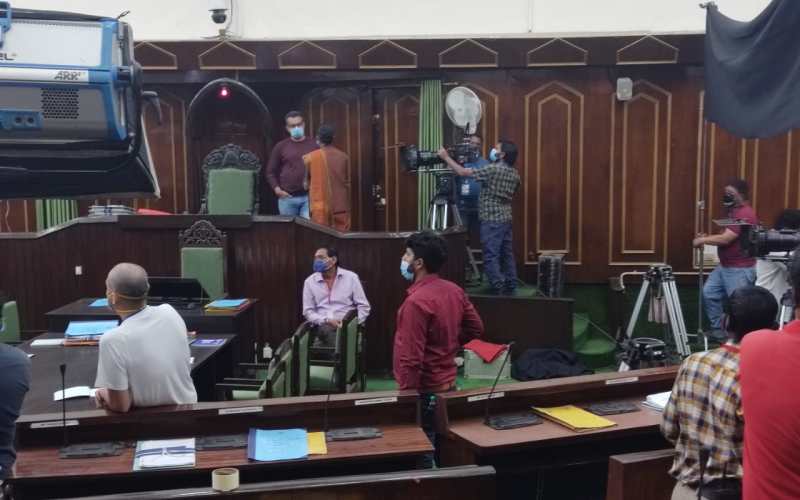 Jammu: The Jammu and Kashmir Legislative Assembly witnessed uproar after three years but it was not the usual budget session or winter session but a shooting of web-series ‘Maharani’, which began in the premises of J&K Assembly in Jammu.

In the scene agaitated MLAs of the Opposition came face to face. The speaker repeatedly urged him to maintain the dignity of the House and listen to the Chief Minister. When the legislators did not agree, the marshals took them out of the house.

Huma Qureshi is playing the role of Chief Minister in the film under the direction of the famous director Subhash Kapoor.

The scenes of web series ‘Maharani’ are being shot in the Jammu and Kashmir assembly, but they are being recreated for the Bihar assembly.

Director Subhash Kapoor arrived in Jammu a few days ago along with actress Huma Qureshi, Soham Shah, Amit Syal and Vineet Kumar for the shooting of the film ‘Maharani’.

Apart from the Vidhan Sabha, the women’s college, Gandhi Nagar, Science College, Circuit House and some beautiful places of Jammu will be featured in the film. The web series of ‘Maharani’ is being made for the film Sony Live.

Govt clarifies CGHS beneficiaries who get COVID vaccine at private empanelled hospitals will not be reimbursed
No trade with India under current circumstances: Pak PM Khan
Comment