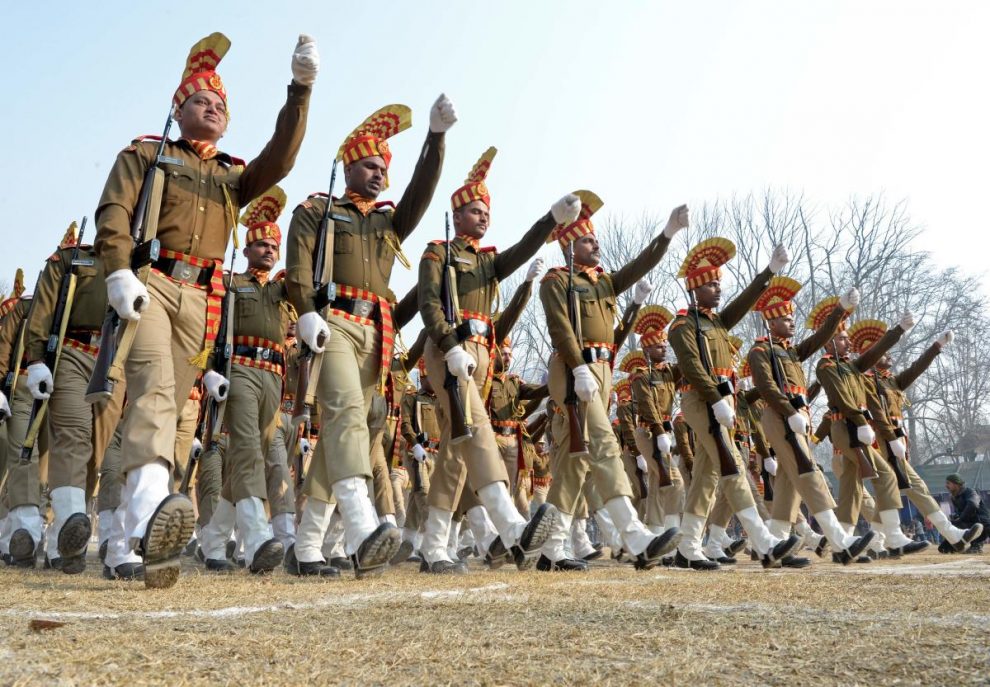 Jammu: In a first, the Central Reserve Police Force (CRPF) will be celebrating its annual Raising Day parade in Jammu and Kashmir on March 19, unlike in Delhi NCR.

Sources said that the function will at M A stadium Jammu on March 19.

The CRPF, which is deployed in Jammu and Kashmir, and is involved in all anti-terror operations in Kashmir, will likely to have MoS home Nityanand Rai as the chief guest for the ceremony.

The CRPF in January decided to fix the date of the Raising Day, which used to float as per the availability of the chief guest. It also changed the name of Raising Day to the ‘CRPF Day’.

According to an official communication, programmes will start from March 16 with the DG’s Parade followed by the Station Officer’s Dinner.

On March 19, the CRPF has planned for a wreath-laying ceremony at Martyr’s memorial and the CRPF Day Parade followed by the cultural and ‘Badakhana’ programmes, where all top officials have meal with all ranks’ officers together.

“Necessary directions may kindly be issued to all concerned for making necessary preparations of Parade Ground, (Jammu) Accommodation, Logistics and security etc for above mentioned programmes as per required specifications,” the communication read.  BSF also shifted it’s Raising Day from Delhi-NCR to Jaisalmer this last time.

Though the CRPF has not been given any specific reason for shifting the venue but officials said since there are a large number of troops, holding the Raising Day in Jammu, as finalised by DG CRPF Kuldiep Singh, will send a positive message across.

“This is for the first time when a paramilitary force is shifting its Raising Day venue from Delhi-NCR to Jammu and Kashmir. After the abrogation of Article 370, terrorism is in control in the UT. There are fewer incidents of pelting and infiltration. It would be better to celebrate the day there to give a positive message, especially from the place where the force has the highest deployment and maximum operations,” a senior CRPF official explained.

Meanwhile, when asked about shifting the venue every year, the official said no such decision has been taken so far.

The CRPF is the only paramilitary force in the country that deviated from its original date of creation, picked up to celebrate the occasion every year on one of the four symbolic dates associated with it.

The choice of date from March to December varied every year in the past depending on the weather conditions and availability of chief guests.