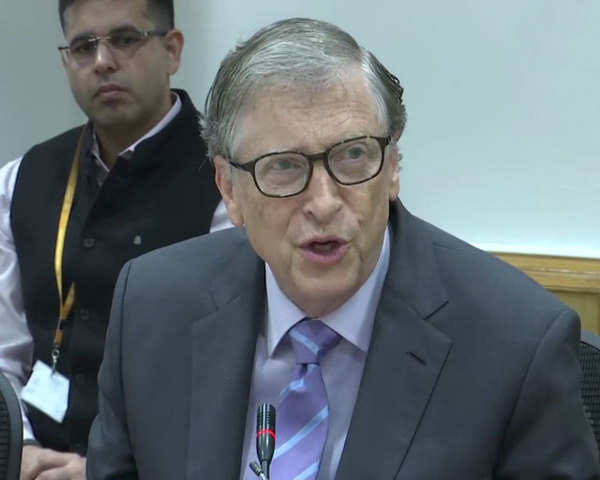 Philanthropist and Microsoft co-founder Bill Gates on Monday lauded India for its healthcare system and talked about how digital tools can help improve it further.
“Improvements in the Indian health system in the last decade have been significant. There are specific disease programs and vaccine coverage has improved substantially,” Gates said. Gates spoke at a function organised by NITI Aayog for the release of its report on ‘Health Systems for a New India: Building Blocks – Potential Pathways to Reforms’.
He added that with the help of technology, the public health system can be further improved.
“Health records, common identity and using rich architecture will help get best of both the worlds — privacy, which in healthcare is very important and coordination, to make sure additional resources are well applied,” Gates added.
The philanthropist commended the Central government for stepping up and eradicating Polio. “India is in a very hopeful situation and is set to be an example for other countries,” he said.