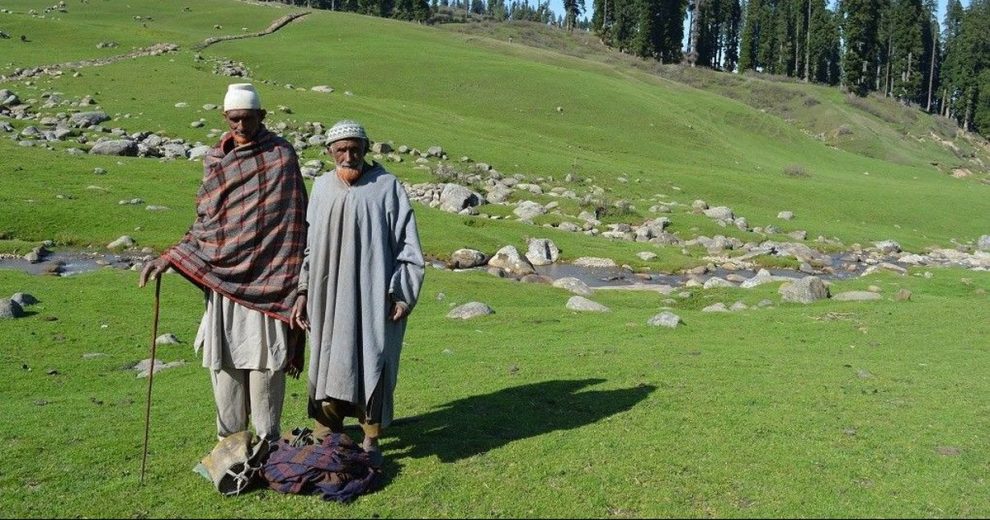 When Jammu & Kashmir’s special constitutional status was repudiated and made invalid on August 5th2019 , the Govt kept highlighting the “benefits” of abrogation of this constitutional provision granted under Article 370. The Jammu & Kashmir Government headed by the then Governor Satyapal Malik for several months kept issuing statements and newspaper advertisements trying to justify the stand taken by Govt of India. After the J&K formally became a Union Territory (UT) with effect from October 31st 2019 , the statements continued to be issued for several months. A statement issued on September 7th 2019 by the Government of J&K said that Forest Rights Act 2006 would be implemented in J&K. The official tweet read as
“Scheduled Tribes and other Traditional Forest Dwellers (Recognition of Forest Rights) Act, 2006 now made applicable. There was no corresponding State Act. Rights of Tribal/ST Communities residing in forests since generations will now be protected”
The Government kept issuing statements on Right to Education (RTE) , Women’s Rights , Right to Information (RTI), Child Rights and several other rights based legislations. About Right to Information (RTI) I have written several articles trying to make it clear how robust and progressive the repealed J&K RTI Act 2009 was ? With the extension of RTI Act 2005 (central law) into J&K we have been disempowered in technical terms. We got deprived of an independent State Information Commission (SIC) and have been clubbed with Central Information Commission (CIC) New Delhi. Post 370 abrogation the Govt offices don’t respond to RTI applicants as they feel they are not answerable to the State Information Commission (SIC). Women in distress can’t file complaints in the State Commission for Women (SWC) as it has also been closed like several other commissions after J&K state was reduced to a Union Territory (UT). As my focus has been on denial of Forest Rights to ST’s and other traditional forest dwellers of J&K for last several months let me discuss this further.
Enforcing FRA in J&K
Why did it take Govt more than 15 months to start rolling onScheduled Tribes and other Traditional Forest Dwellers Recognition of Forest Rights Act commonly known as Forest Rights Act (FRA) ? Why didn’t the Govt enforce this act soon after it was extended to J&K with effect from October 31st2019 ? If the Govt claimed that tribals especially Gujjars and Bakerwals or Forest Dwellers would get entitlement under the Forest Rights Act (FRA) what prompted authorities to issue eviction notices under a 93 year old law (Indian Forest Act 1927) ?
If the Govt had been claiming to give rights to downtrodden people, especially ensuring the Forest Rights, how can they justify of invoking an British era law and sidelining the Forest Rights Act 2006 which is applicable in J&K for last 15 months? Why were 10,000 apple trees of forest dwellers and gujjars axed in Pakherpora and Nagbal areas of district Budgam ? It was heart wrenching scene to see the axed apple trees some aged even between 10 to 15 years. I went to the area personally recently , I could see hundreds of trees axed between Kanidajan and Nagbal area.
Eviction Notices
The Divisional Forest Officer (DFO) PirPanjal forest division Budgam issued eviction notices (Show Cause notices) to the people living near forests in the entire forest division. The notices were issued under sub section 1 of section 79-A of Indian Forest Act 1927. Similar notices were issued in other districts as well, but the DFO Budgam tried to act more local than the king and went ahead. He even directed the axing of apple trees in the forest area.I have been urging the Forest Department to curb timber smuggling in Doodh Ganga forest range for a long time. Right from March this year to September amid COIVID 19 pandemic hundreds of trees were chopped off by timber smugglers in few forest compartments of Doodh Ganga range. I wish the DFO had acted in the same way as he acted against poor people in Kanidajan and Nagbal ? The Government has made Range Officers the scapegoats as in the “Grounds” section of the eviction notice signed by DFO under Indian Forest Act 1927. The Range Officers never had plans to act against “encroachers” by axing their apple trees or damaging their hutments (kotha’s) but the officials were forced to act. The Forest Department including the DFO will have to answer all this before the court of law.
Conclusion
While responding to the action taken by the Forest Department in Kanidajan Budgam the Divisional Commissioner Kashmir while talking to Srinagar based Kashmir Life newspaper said that he was unaware about the axing of apple trees. He had assured that he would look into the issue. More than a month has elapsed, no action has been taken till date against the accused ?The affected farmers whose apple trees were axed haven’t been compensated. DC Budgam or any other forest officers hasn’t visited Kanidajan area where 10,000 apple trees were axed by Forest Officials on Nov 18th 2020. As I said earlier also the illegal encroachers would have been taken to task after rolling out the Forest Rights Act 2006. There are several stages to implement this act which begins with the constitution of the Forest Rights Committee (FRC) at village level. When neither FRC has been constituted nor were other committees established under FRA 2006 at Sub Division , district or state level , what was the urgency to invoke an obsolete and outdated law and set aside a progressive and pro people law ?