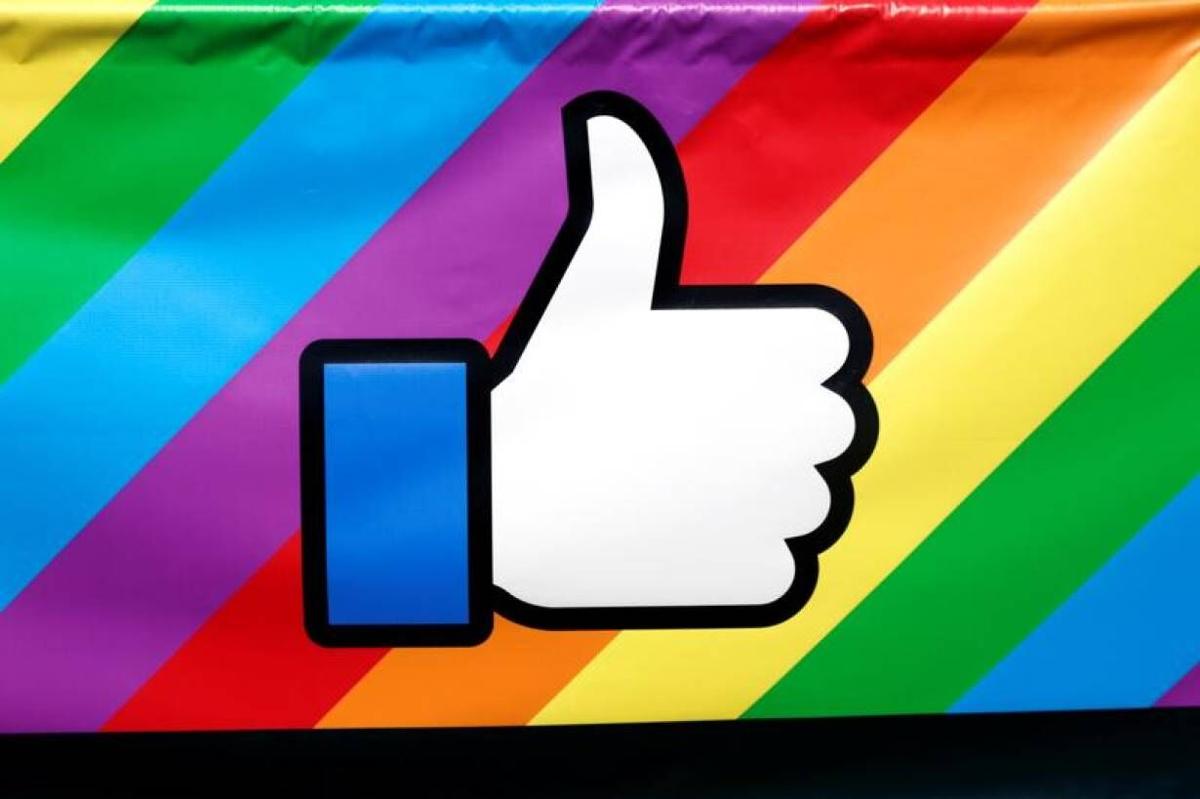 By Avi-Asher Schapiro and Ban Barkawi

NEW YORK/AMMAN: Rami was beaten up on the streets of Alexandria, Egypt, in early July by men who he says began harassing him on Facebook for being gay and then tracked him down in real life.

The harassment began after a TikTok video of Rami in front of a rainbow flag was posted on Facebook without his knowledge, prompting a series of threatening messages.

Multiple appeals to Facebook to take down the posts were ignored, he said, as pressure mounts on the company to react more quickly to online threats to the LGBT+ community in Egypt and elsewhere in the Middle East.

Facebook did not comment specifically on Rami’s case, but a spokesman said the platform has “a zero-tolerance approach for hate speech” and was taking action to address improve monitoring.

“I had to (temporarily) close my account because I received so many threats,” Rami, whose real name is being withheld for safety reasons, told the Thomson Reuters Foundation.

“I received a video of someone threatening me, saying, ‘If I see you, I’ll kill you and hang you at the door.'”

Egypt’s Communications Ministry, which enforces the law, did not respond to a request for comment.

Rami’s experience is not uncommon, according to a study by the Arab Network for Knowledge about Human Rights (ANKH), which has conducted the first survey of LGBT+ Arab Facebook users.

More than 90% of the 450 Arabic speakers who responded had been targeted by hate speech on the platform, it found.

A quarter of online hate speech in the Middle East and North Africa urged violence against LGBT+ people and 15% made direct threats.

More than half the respondents reported feeling hopeless or depressed as a result and almost one in four had thought of self-harming.

In June, 22 LGBT+ rights groups mostly in the Middle East urged Facebook to do more to tackle the problem, prompted by a torrent of hate speech following the suicide of the exiled Egyptian LGBT+ activist Sara Hegazi in Canada.

Activists say Facebook can be an essential tool for LGBT+ people in the Arab world, where many face an oppressive legal and social atmosphere, and vague laws against indecency are often used to criminalize sexual activity.

Strong social stigma around homosexuality, amplified by conservative religious entities, has led to low acceptance of gay people across the region.

LGBT+ activists in the area risk social exclusion, prison sentences, and violence by security forces, according to Human Rights Watch.

“If you don’t have Facebook you can feel alone in the world,” according to ANKH founder Nicolas Gilles. “But being on Facebook now exposes you to harm too.”

Facebook’s community guidelines ban “violent or dehumanizing speech, statements of inferiority, or calls for exclusion or segregation” against LGBT+ people.

The company said its teams review reports of hate speech “24/7 in more than 50 languages, including Arabic,” and use artificial intelligence tools “that find nearly 90% of the hate speech we remove before users report it to us”.

However Jillian York, director of international freedom of expression at the Electronic Frontier Foundation, a digital rights group, said enforcing policies would require vast investment in language skills to navigate slang and dozens of dialects.

“(Social media companies) are really bad at defining and dealing with incitement and dehumanizing language,” she said, adding that Facebook “have a dearth of content moderators in a number of languages where they should have a lot more”.

Advocates have warned Facebook about the proliferation of anti-LGBT+ hate speech on the platform for years, said Jordanian LGBT+ activist Hasan Kilani.

Little has changed since he first emailed Facebook over hate speech content in 2017, he said. After a series of unanswered emails, he eventually stopped trying to report posts because he “felt nothing was happening”.

Many Arab LGBT+ activists – even those who work closely with Facebook – say the rules are still poorly enforced.

In recent months, LGBT+ groups have formed their own Facebook groups to mass-report viral hate speech, appealing to the company to act quickly.

In June, Facebook set up phone calls with prominent Arab LGBT+ activists and groups to hear their concerns, according to four participants in those calls.

But activists said they were unconvinced that moderators were well-trained to identify all Arabic hate speech.

“The policies look nice but the reality is not nice,” said Noor Sultan, founder of LGBT+ organization Bedayaa in Egypt, after speaking with Facebook’s Middle East policy team.

Gilles said Facebook would not reveal how many Arabic-speaking moderators it had during the calls. The company did not respond to a request for comment on that.

After the meetings, Gilles, Sultan and other LGBT+ groups began compiling their own lists of hate speech and forwarded them to the company.

The rest was not considered to have violated Facebook’s hate speech rules. Its policy on freedom of expression allowed “attacks on concepts/ideology,” the groups said.

The Thomson Reuters Foundation obtained the complete list of hate speech forwarded to Facebook and found dozens of similar cases.

One post showed an image of a man with a gun, with the text: “you have the right to announce your homosexuality … it will be your last right.”

It was flagged to Facebook by activists in early July and a month later it was still online.

When the Thomson Reuters Foundation alerted Facebook to the post with the gun, the company said it had made a mistake.

“In this case, the violating posts should, and have now, been removed for breaking our rules,” it said in a statement. “We know we have more work to do here.”

Another post collected 20 profiles using rainbow flag filters, including Rami’s, adding the caption, “watch out for yourself when you’re in the street, half the population has turned (gay).”

The ANKH survey found the problem persisted into August, with 77% of respondents saying they were subjected to online hate speech.

Since his attack, Rami has removed all content from his Facebook account that might indicate he is gay and is trying to leave Egypt. But he said screenshots of his profile are still online.

“People were sending them to my family and colleagues asking if it was me,” he said. “I never expected things would turn real.”