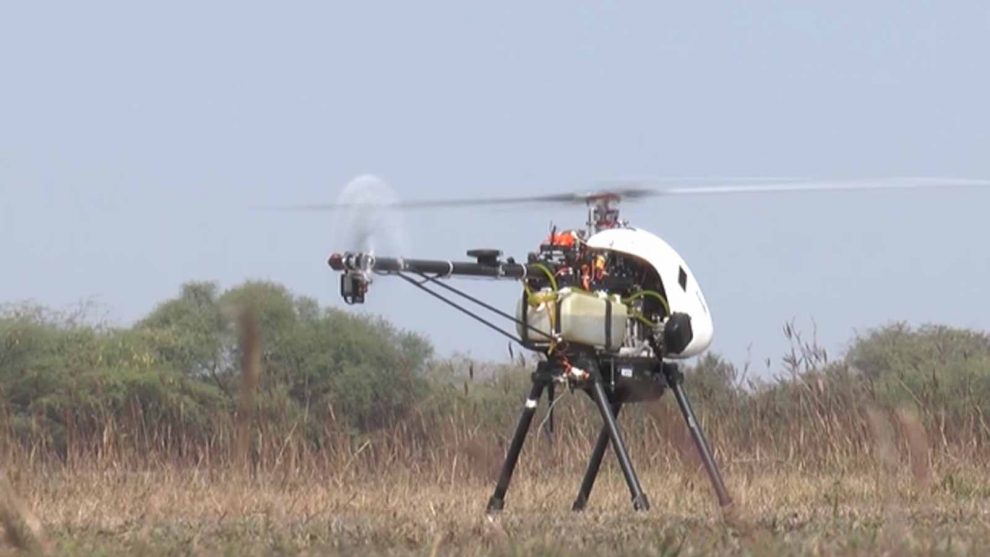 A lightweight helicopter weighing 4kg has been developed by the researchers of the Indian Institute of Technology (IIT) Kanpur which was showcased in the world’s ‘first’ Hybrid Air Show named Aero India 2021. The 13th edition of the Hybrid Air Show was held at Bengaluru’s Yelahanka Air Force Station in February 2021 and it was inaugurated by Union Defence Minister Rajnath Singh. Among the most attractive highlights of the event, the innovative, lightweight helicopter has been built by EndureAir Pvt Ltd. which is a start-up company incubated at IIT Kanpur.

The feather-like lightweight helicopter is considered a marvel of technology because it packs along with it a list of advanced features. The key features of the IIT Kanpur-made drone helicopter include vertical take-off and landing, long Range and Endurance, Obstacle Avoidance, Long Video Streaming, and Precise Navigation. The above-mentioned features are some of the most prominent facilities provided by the helicopter.

The helicopter operates on petrol and can carry a weight of up to 5 kilograms. In the trials, the helicopter reached the height of 11,500 feet but the engine keeps getting less powerful with the increasing heights. So, the researchers are working on different versions that will be battery-powered and hence, can achieve greater heights.

The major areas where this application can be put to use are Medical Essential Supply, CBRNE Detection, Crowd Monitoring, and Search and rescue, etc. It is basically meant for long-endurance surveillance and can also be used for vaccine distribution. The drone helicopter gets its location using Global Positioning System (GPS).

In order to uplift PM’s idea of Atmanirbhar Bharat, the Hybrid Air Show witnessed the signing of 200 agreements. The unique aircraft showcased in the 13th edition of Aero India 2021 received an assignment worth ₹ 48,000 crores for fighter jets – Tejas Mark 1A and India became a part of Indian Ocean Region (IOR) countries.