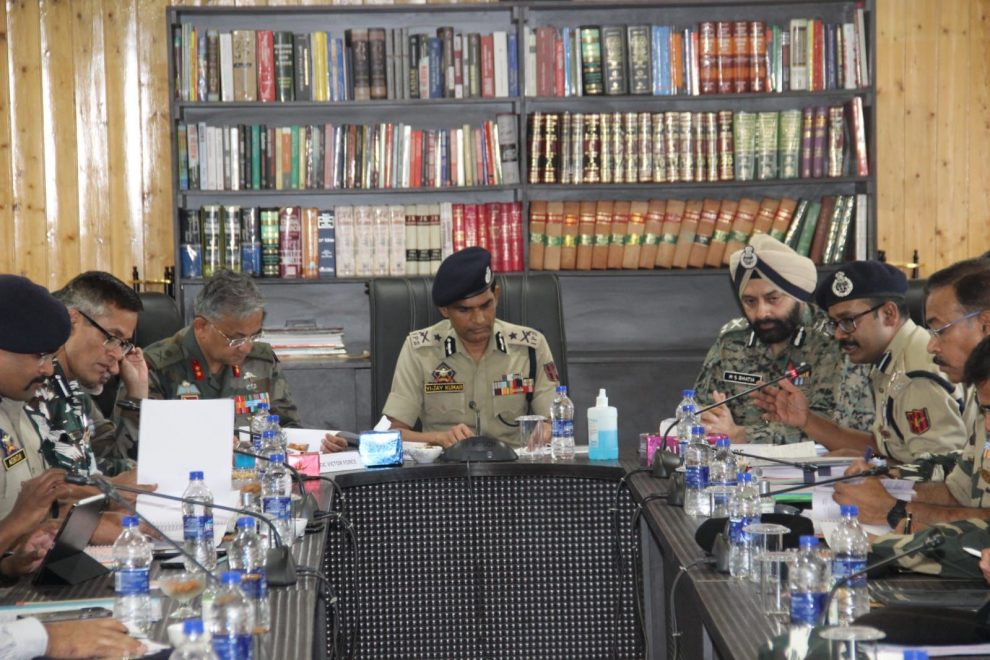 An official told that the meeting was attended by top officials from a police, army, CRPF, ITBP and BSF. He said that GOC Victor Force, IG CRPF, DIGs of BSF, ITBP, CRPF and JKP besides all districts SSPs & COs of south Kashmir attended the meeting.

The official added that real threats and counter measures being taken by police and security were reviewed. Notably, Amarnath Yatra is going to commence on June 30 this year amid unprecedented security measures in Jammu and Kashmir—(KNO)