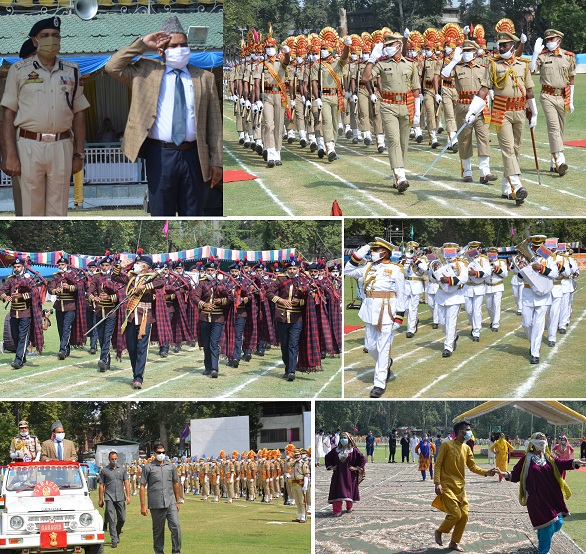 Full dress rehearsal was on Thursday held for 74th Independence Day (ID), being celebrated on August 15, in Srinagar and other district and tehsil headquarters in the Kashmir valley.

Unprecedented security arrangements were made and all roads leading to the venues of rehearsal were closed for any civilian movement.

Three groups presented brie cultural programme on the occasion. This time due to COVID -19 pandemic, school students were missing.

However, due to COVID-19 pandemic, students who cannot participate in parade and cultural events, however, will participate through digital platforms on August 15.

There were very less number of people present in the stadium who were wearing masks and keeping physical distance.

All road leading to stadium were closed since last night. Security forces had closed the main road with barbed wire at Radio Kashmir, Srinagar crossing and again in sonawar area.

Large number of security forces and police personnel were deployed in the outside the stadium to foil any militant attempt to cause any disturbance during the function. However, the function passed off peacefully.