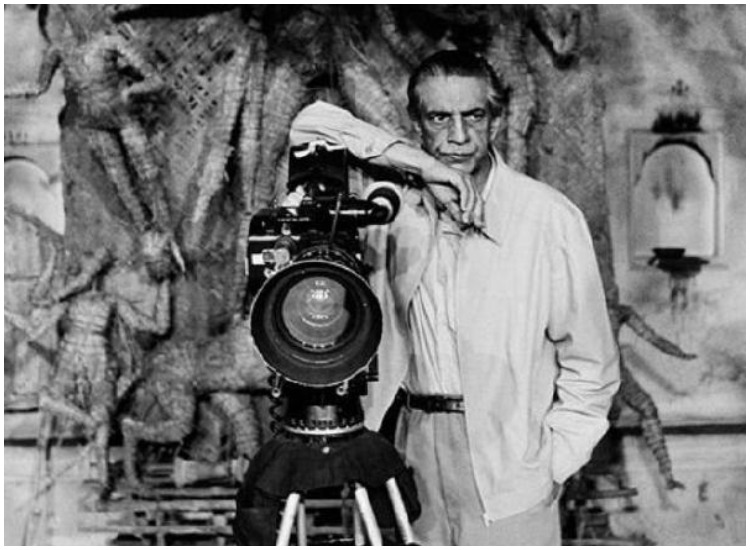 In homage to the legendary filmmaker, the Ministry of Information & Broadcasting will organise year-long centenary celebrations of late Satyajit Ray across India and abroad.

Satyaji Ray was a renowned filmmaker, writer, illustrator, graphic designer, music composer.  He started his career in advertising and found inspiration for his first film, Pather Panchali, while illustrating the children’s version of the novel by Bibhutibhushan Bandopadhyay. The film catapulted him into international fame. Ray went on to make other great films such as Charulata, Agantuk and Nayak. He was also a prolific writer, making the famous sleuth Feluda and scientist Professor Shonku, a popular part of Bengali Literature. The Government of India honoured him with the Bharat Ratna, the highest civilian award, in 1992.

As part of the celebrations, the Media Units of Ministry of Information & Broadcasting viz. Directorate of Film Festivals, Films Division, NFDC, NFAI, and Satyajit Ray Film and Television Institute (SRFTI), Kolkata are planning a series of activities. Other Ministries/Departments including Ministry of External Affairs and Ministry of Culture will also be playing an active part. However, in view of the pandemic situation, the celebrations will be held in hybrid mode, digital and physical both, during the year.

In recognition of the auteur’s legacy, “Satyajit Ray Lifetime Achievement Award for Excellence in Cinema” has been instituted from this year to be given at the International Film Festival of India (IFFI) every year starting from this year. The Award consists of a cash prize of 10 lakh rupees, a certificate, Shawl, along with a Silver Peacock medal and a Scroll.
Events and Activities

i. Directorate of Film Festivals, Films Division and Ministry of External Affairs will be organizing Satyajit Ray Film Festivals in India, and abroad through Indian Missions, where films and documentaries by and on Satyajit Ray will be showcased. A Special Retrospective and screening of Shri Ray’s films is being planned at the 74th Cannes Film Festival.

ii. Directorate of Films Festivals will be organising a Special Retrospective at the  International Film Festival of India (IFFI), 2021. The  retrospective will be traveling to prominent international and national film festivals.

iii. Films Division will be creating a dedicated Satyajit Ray section at the National Museum of Indian Cinema, Mumbai. This Section, which would also travel to different museums in the country over the year, would host memorabilia from Shri Ray’s life in both physical and interactive digital versions, including the best shots from his films, interviews etc.

iv. National Film Archives of India (NFAI) will do Restoration and Digitization of all the available films and publicity material of Shri Ray. It will also organize a virtual exhibition of the posters of his films.

v. NFDC will organize a film festival on its OTT platform, Cinemas of India, showcasing five of the maestro’s films.

vi. Satyajit Ray Film and Television Institute (SRFTI), Kolkata will be unveiling a statue of Shri Satyajit Ray at its campus. To promote understanding of the filmmaker’s genius, a Course on his work will be taught at the Institute. A package of Shri Ray’s works for children that can be given to schools is also being developed. Inter-college competitions on themes from Ray’s films will also be organised amongst Film schools.

vii. The Ministry of Culture will be organising cultural activities and showcasing the various perspectives of Shri Ray’s personality and works in arts and literature.

To oversee the activities, an Implementation Committee under the chairmanship of Secretary (I&B) has been set up. The committee includes senior Filmmaker Shri Dhritiman Chaterji as the nominated member, and other senior officials of the Ministries of Information and Broadcasting , Culture and External Affairs.