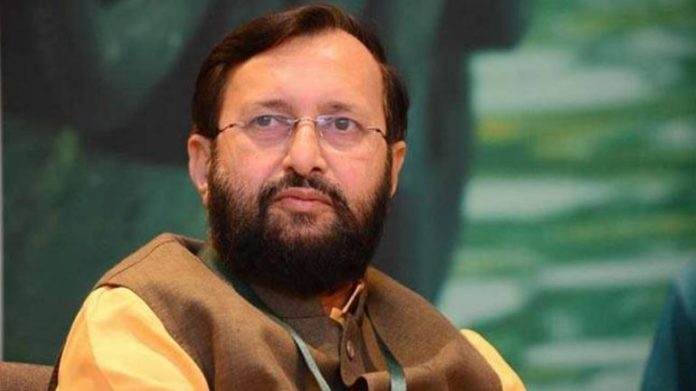 Information and Broadcasting Minister Prakash Javadekar today released the Standard Operating Procedures regarding re-opening of cinema halls in the country from 15th of this month.

Briefing the media in New Delhi, he informed that cinema halls would be allowed to function at 50 per cent capacity as was earlier stated in the guidelines of the Home Ministry.

Mr. Javadekar said that seating arrangement has to be made on alternate chairs leaving adequate space between visitors in accordance with physical distancing norms.

Usage of face masks and sanitizers will be mandatory and cinema halls have been asked to maintain proper air ventilation inside the auditoriums.

The screening of movies will be allowed in staggered shift timings allowing enough time for proper sanitization of the cinema hall premises.

The Minister also informed that a one-minute clipping spreading awareness about protocols to be followed during COVID times will also be screened in the theatres and cinema halls both before the starting of the movie and during the interval.

Mr. Javadekar said that single screen cinema halls should ensure that multiple ticketing windows are made available for the visitors, so that overcrowding could be avoided.

He also stressed on promoting online medium for ticket booking as much as possible.

Newsfeed The Dispatch Staff - October 19, 2020
After being shut for over six months due to the coronavirus lockdown, the Mumbai Metro is set to resume operations on the Ghatkopar-Versova...

Newsfeed The Dispatch Staff - October 19, 2020
The ongoing conflict with China and proposals to reform the 1.3 million strong force would be discussed during the Army Commanders' Conference...