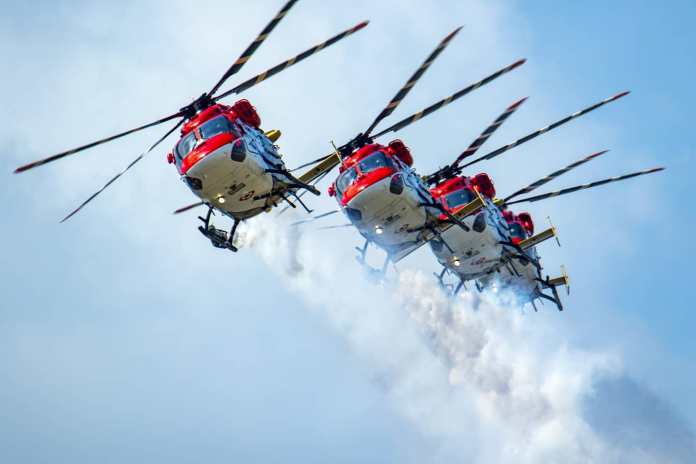 The Sarang Helicopter Display Team of the Indian Air Force is all set to perform for the first time at the MAKS International Air Show held at Zhukovsky International Airport, Russia. The air show is scheduled from 20th July to 25 July this year.

Defence Ministry said, this is the first occasion when the Sarang Team is performing its four helicopter aerobatics display in Russia, with its Made in India – Dhruv Advanced Light Helicopters. Apart from the Indian Air Force, Indian Army, Indian Navy and the Indian Coast Guard also operate this helicopter.

The Sarang Team was formed in 2003 at Bangalore and its first international display was at the Asian Aerospace Airshow at Singapore in 2004. Since then, Sarang has represented Indian aviation at air shows and ceremonial occasions in UAE, Germany, UK, Bahrain, Mauritius and Sri Lanka till date.