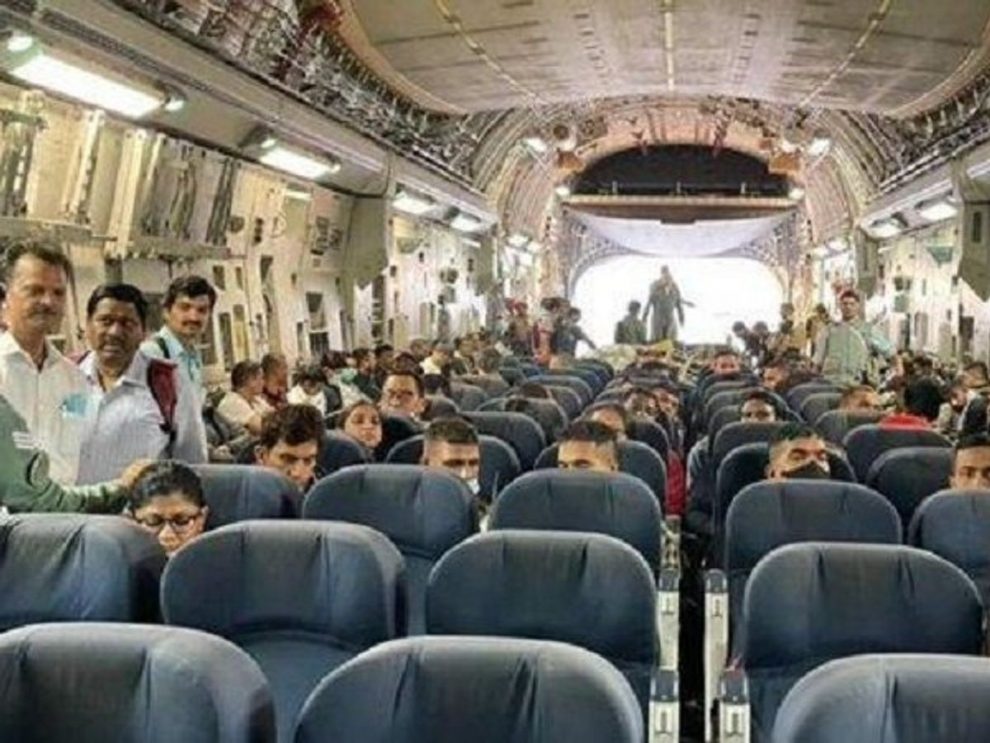 In view of the prevailing situation in Kabul following the Taliban’s takeover, an Indian Air Force aircraft evacuated the ambassador and around 120 of his staff members on Tuesday.

The Indian Air Force (IAF) C-17 heavy-lift transport aircraft, which took off from Kabul at 7:40 am, has landed at the Hindon airbase in Ghaziabad.

A refuelling stop was made at the Jamnagar airbase in Gujarat before the plane continued its journey to Hindon.

The Indian Ambassador to Afghanistan is Rudrendra Tandon, who took over the post in September 2020.

The evacuees include the Indian Ambassador, embassy’s staff, their family members and the journalists, who went to Afghanistan to cover the war.

Earlier, Arindam Bagchi, the spokesperson for the External Affairs Ministry, had said that the ambassador and his staff in Kabul will move to India immediately.

“In view of the prevailing circumstances, it has been decided that our Ambassador in Kabul and his Indian staff will move to India immediately,” Bagchi had tweeted.

Tuesday’s flight is the second evacuation flight. The IAF C-17 heavy-lift transport aircraft brought back some personnel from Afghanistan on Monday as well.

“Monitoring the situation in Kabul continuously. Understand the anxiety of those seeking to return to India. Airport operations are the main challenge. Discussions on with partners in that regard,” he tweeted.

After the Kabul airport authorities declared the Afghan airspace “uncontrolled,” India on Monday announced that it will take all steps to ensure the safety and security of its citizens and facilitate the repatriation of Sikhs and Hindus who wish to leave Afghanistan following the Taliban takeover.

Two days after the Taliban captured power in Afghanistan, the Union Home Ministry announced on Tuesday a new category of visa for Afghans who wish to come to India.