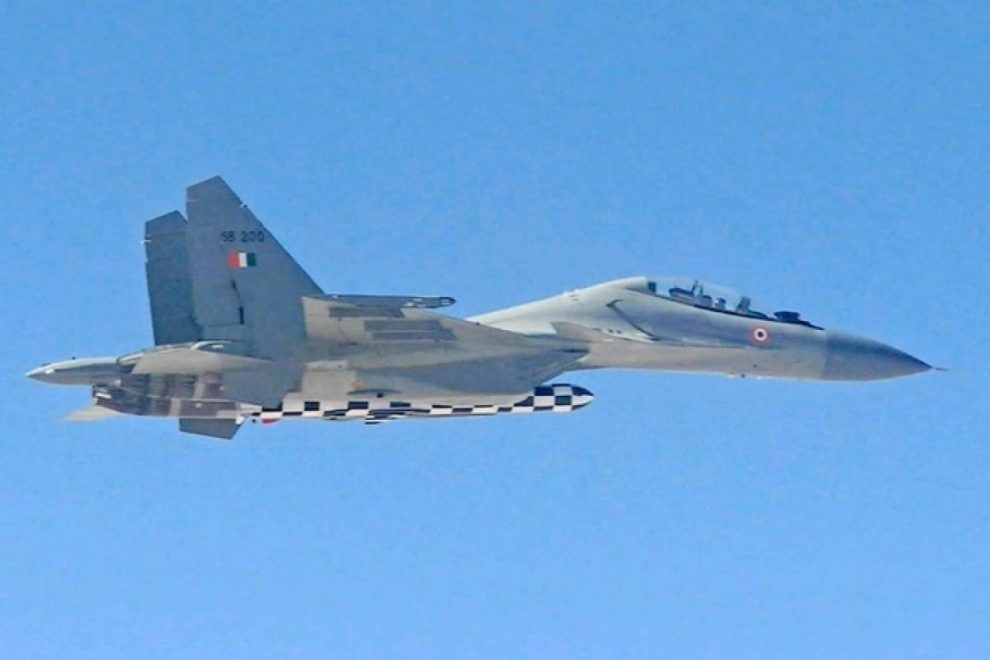 In a significant accomplishment, an Indian Air Force (IAF) Sukhoi-30 fighter flew from Halwara airbase on Friday to successfully hit the DRDO-developed air launched BrahMos supersonic cruise missile to hit a ship in the Bay of Bengal.
According to sources, the aircraft had taken off from Halwara and reached the Bay of Bengal after mid-air refuelling.
This is the second such successful test of the missile, said sources.
The IAF Su-30 had taken off from the Halwara airbase in Punjab around 9 am and hit its target around 1.30 pm after mid-air refuelling, the sources said.

The total distance travelled by the fighter jet during the sortie was over 3,500 kilometres which required it to be refuelled multiple times by the Ilyushin-78 midair refuelling aircraft which had taken off from Agra.
This was the second such successful mission by the IAF in the recent past as in the earlier mission, it had taken off from Kalaikunda airbase in West Bengal and hit targets in the Arabian Sea near Lakshadweep and Minicoy Islands territory.
The IAF has a specialist squadron that flies in maritime role too in Thanjavur. The squadron is also known as the ‘dominator of the Indian Ocean Region’ due to the long reach of Sukhois deployed in it who are armed with BrahMos cruise missiles.