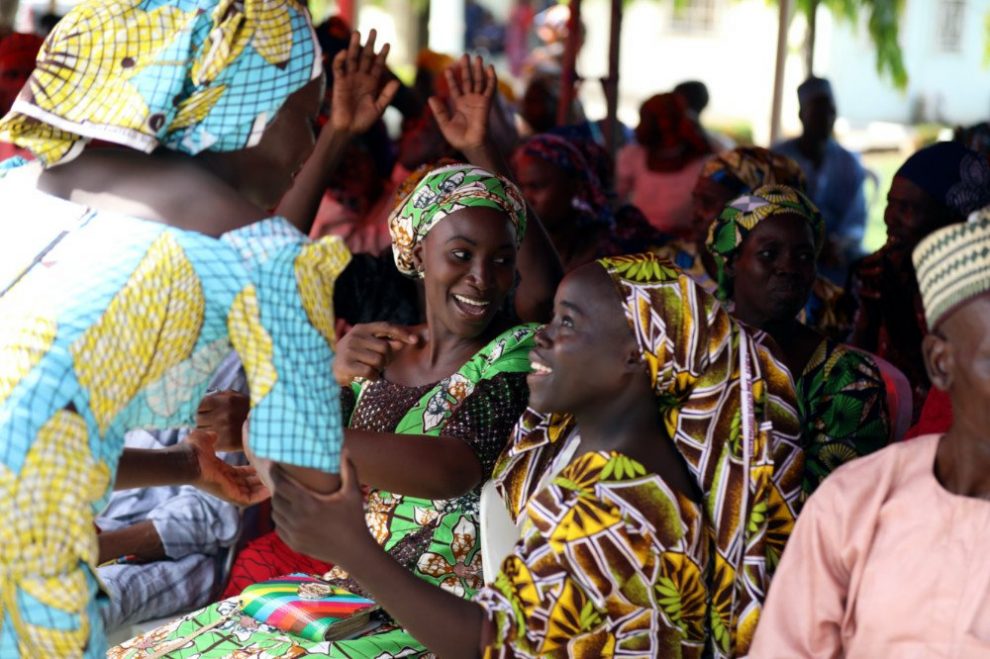 ABUJA: Nearly seven years since Islamist militants kidnapped two of his daughters from their school in northeastern Nigeria, a hurried phone call let Ali Maiyanga know that his family’s ordeal might soon be over.

The call on Thursday evening was from Maiyanga’s daughter Halima, who – along with her sister Maryam – was among more than 200 schoolgirls snatched by Boko Haram insurgents in Chibok in April 2014, sparking a global #BringBackOurGirls campaign.

“I was crying, she was crying,” said Maiyanga, who was preparing to get married to his fourth wife when he heard Halima’s voice down the line.

“We couldn’t talk long because I was surrounded by so many people and the place was noisy. Everybody started jumping up and down when I told them,” said Maiyanga, father of 18 children, who was reunited with his other kidnapped daughter in 2016.

Halima, 23, told him she had been rescued by the Nigerian army, but Maiyanga said he did not know her exact whereabouts or if she was alone or with more of her kidnapped former classmates.

An army spokesman said on Monday it did not have any Chibok kidnap victims in its custody and the government has not issued a statement about any of the missing women being found in recent days.

About half of the students who were abducted have escaped or been released so far.

Dozens have appeared in propaganda videos by the militants – showing them pleading for their rescue or pledging allegiance to the group – and some have died from illness, in childbirth or military air strikes, according to freed captives.

Reports by Boko Haram’s victims of religious indoctrination and forced marriages have fueled concerns about the remaining women as attacks by Islamist militants gather pace in the northeast of the country.

Maryam, 24, said she and Halima – who were among the few Muslims kidnapped along with their mostly Christian classmates – were held captive together at first before they both married insurgents in 2014 and moved into different parts of the forest.

Maryam’s husband decided to help his wife escape because he did not want their son to grow up in the forest, and she was found with their 10-month-old baby by troops in the Gwoza district of Borno State in November 2016.

“I always believed I would see my sister again one day,” Maryam told the Thomson Reuters Foundation. “When I heard the news, I was jumping up and down. I was very happy. I can’t wait to see her.”

After the two sisters got married, they saw each other regularly. Halima used to visit Maryam every month, helping her to care for the baby. Maryam said she used to spend a lot of time consoling her sister after she had a stillbirth.

But when her escape was planned, Maryam did not tell her sister.

“I was afraid. I didn’t see her before I left,” said Maryam, who does not know the whereabouts of her husband since he was arrested by the military at the time of her escape. He had accompanied her out of the forest.

Since then, Maryam and the other freed Chibok girls were enrolled by the government in a special remedial course at the American University of Nigeria in Yola.

Hopes were high after army successes against Boko Haram in 2015 and 2016, but with the rise of Islamic State’s West African branch, formerly part of Boko Haram, parts of the northeast have been experiencing more frequent attacks.

While Thursday’s phone call put an end to the family’s agonising wait for news, Maiyanga said he still did not know when they would be able to see Halima.

“I’m hoping to hear more news from the military,” he said.