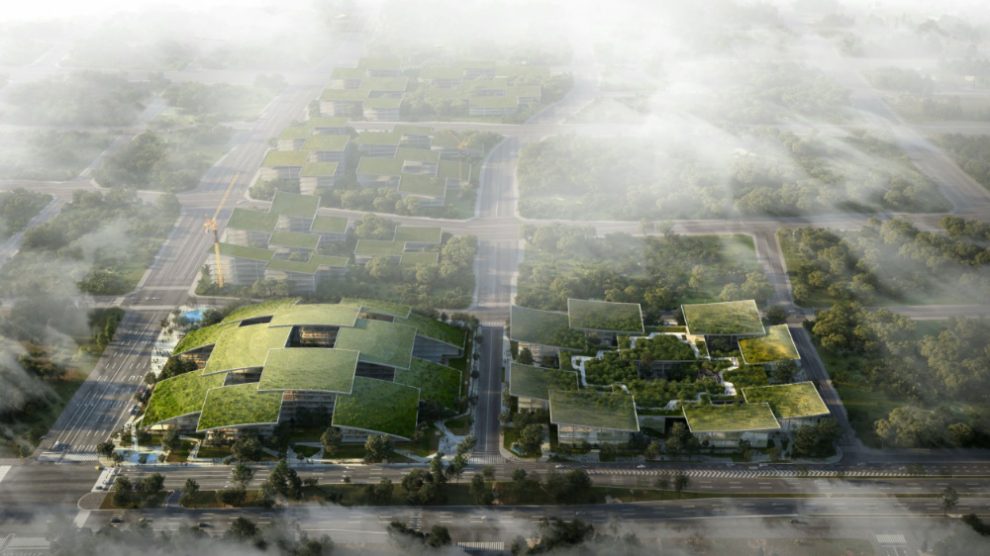 From robots delivering coffee to office chairs rearranging themselves after a meeting, a smart city project in China aims to put artificial intelligence in charge, its creators told a conference this week – raising some eyebrows.

The project named Cloud Valley, plans to use sensors and wifi-connected devices to gather data on everything from weather and pollution to people’s eating habits to automatically meet residents’ needs, said Terminus founder Victor Ai.

“It’s almost coming back to this idea of living in a village where, when you show up, even though it’s the first time you’re there, the bar tender knows your favourite drink,” said BIG founding partner Bjarke Ingels.

“When our environment becomes sensing and sentient … we can really open up that kind of seamlessness because the AI can recognise people coming. So it can open the door, so they don’t have to look for their key cards.”

Cities around the world are racing to embrace technology in a bid to improve urban life by collecting data to address problems like traffic jams and crime.

More than 500 smart cities are being built across China, according to the government, to spur growth amidst a global economic downturn.

Launched in April, the Cloud Valley project envisions a city of about 13 million square foot – equal to some 200 football pitches – where technology allows people to live more comfortably by anticipating their needs.

“As sunlight hits the houses, bedroom windows adjust their opacity to allow the natural light to wake sleepy residents,” Terminus said on its website, which also highlights tranquil green spaces like rooftop gardens.

“Once the light has filled the room, an AI virtual housekeeper named Titan selects your breakfast, matches your outfit with the weather, and presents a full schedule of your day.”

The city, which includes offices, homes, public spaces and self-driving cars that move around under the ever watchful eye of AI, is due for completion in about three years, according to Terminus.

“1984 here we go … sounds like a surveillance state,” Filipe Monteiro, a virtual attendee of the conference, wrote in the panel’s chat, referring to George Orwell’s dystopian novel where citizens are constantly surveilled by Big Brother.

“Isn’t all of this a little scary?” added Gonzalo Perez Paredes, another conference-goer.

“We need to ask, for instance, how the city will affect people who may not be tech literate,” she told the Thomson Reuters Foundation in emailed comments.

“This risk is all the greater when there is not a legal framework limiting the access that governments can obtain over the data collected by private companies.”