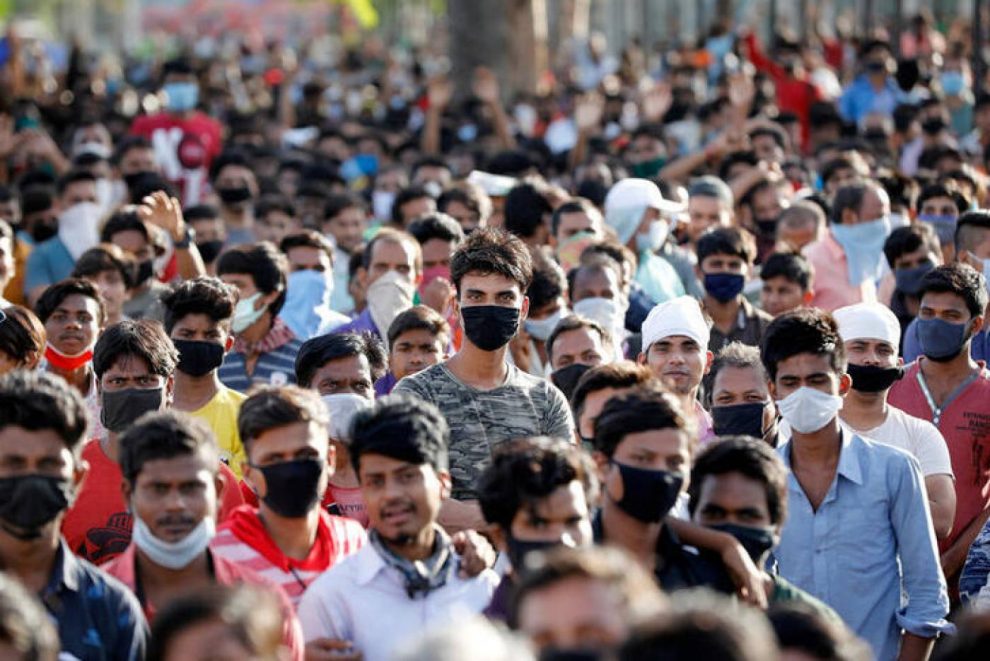 CHENNAI, India: When Shubham Saxena took his electricians course online during India’s coronavirus lockdown, he spent the first few days teaching his class of mainly unskilled migrant workers how to use the mute button. They fast progressed to weightier matters.

Millions of migrant workers who lost their jobs during the country’s strict lockdown earlier this year have turned to online training courses like Saxena’s to learn new skills as they seek to re-enter the labour market, or start a business.

“The response is amazing and we encourage our students to set-uptheir own shop,” said Saxena, 26, who uses an online platform created by start-ups Spayee and JustRojgar to teach.

“In fact, the lockdown has seen many workers become entrepreneurs, starting their own food stalls or vegetable carts and small businesses,” he said.

An estimated 100 million migrants, predominantly daily wage workers with no job security, were among the worst affected by tough lockdown restrictions between March and early June – their plight drawing global attention.

Considered the backbone of India’s urban economy – they poured out of cities where they had worked on building sites and factories, drove taxis or delivered takeouts. Some trekked hundreds of kilometres (miles) to reach their home villages.

Many are reluctant to return to the cities having gone without work, pay or financial assistance in the first three months of lockdown, labour right campaigners said.

Various state governments began mapping migrants for the first time this year, emphasising the need for them to gain new skills and increase their chances of finding work nearer home.

The Indian government is also revamping its Skill India programme, which aims to give skills training to 400 million people by 2022 to broaden their employment options.

It has launched an app aimed at workers, shifting focus to their needs rather than the skills requirements of businesses.

“We are launching a pilot project in January where district committees will be asked to identify what skills will help workers get better jobs,” said Praveen Kumar, secretary of the Ministry of Skill Development and Entrepreneurship.

“The new app will be user-friendly, in multiple languages and help workers identify their aptitude. We are also customising content for cheaper smartphones that workers use and are creating both practical and online training modules.”

Ankit Kumar, 22, a student in Saxena’s electricians classes, sees the training programme as a way to expand his options.

“Nearly 90% of my friends and people around our village lost their jobs during the lockdown,” Kumar told the Thomson Reuters Foundation from his home near Haridwar in northern Uttarakhand state.

“I dropped out of college and recently found a job in a private company. But I want to upskill because this course will help me get a better job, maybe more money also. I may also work independently as an electrician. The options are more.”

From access to recorded sessions to the promise of practical training and job placement, many skills programmes are promising workers “dignified employment”.

“These courses give workers an opportunity to divert from hazardous or unproductive lifelong work to self-employment and dignified work,” said Sanjay Chittora, programme manager with charity Aajeevika Bureau, which works on migrant rights.

Skill centres run by Aajeevika Bureau have seen a rise in the number of migrant workers signing up for short-term courses, with bike-repairing proving the most popular.

Abhishek Chola, founder of job portal JustRojgar – a social enterprise – said that besides upskilling and reskilling, they also provide placement to their students and ensure they have proper offer letters and salary details in their contracts.

“The basic mission is to motivate candidates to improve their livelihood,” Chola said.

Store owner Ganesh Meghwal, 23, was working in a scrap shop in neighbouring Gujarat state when the lockdown was announced in March. He lost his job and after a month’s struggle to survive in Jamnagar city, he returned home.

“I was scared and worried about survival,” Meghwal said.

“I had to quarantine for a month when I returned and then worked for sometime under the 100-day (rural work) scheme. Then I joined a mobile repair course and have now opened my shop.”

Meghwal borrowed money from his father and dipped into his small savings to start the shop. He hopes to recover the investment of 50,000 Indian rupees ($677) within a few months.

“There aren’t many mobile stores here and I do everything, from repairing phones to recharging cards, helping people pay bills and selling accessories,” Meghwal said.

“Now I’m trying to see if my wife can also do a skill course she is interested in. I’m trying to enroll her in a computer course though she is more keen on tailoring. Once she is done, she can also get back to earning.”

“The challenge is not just internet connectivity but also helping them switch their mindset,” Saxena said.

“They have to switch off from being employees and start things afresh. It is not always easy.”