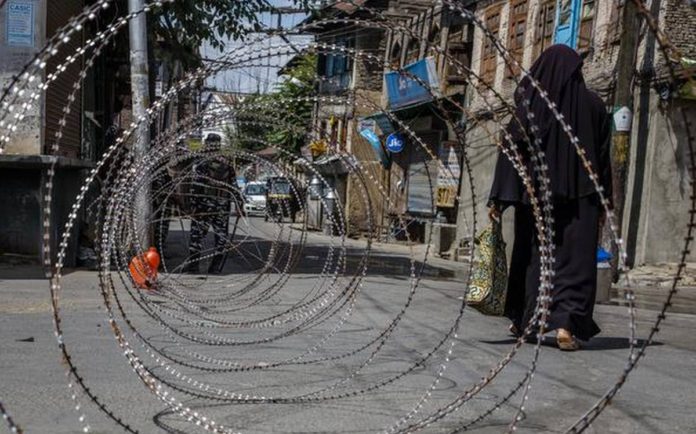 Srinagar, Aug 11: Amid sudden increase in militant attacks on political activists and sarpanchs, mostly associated with Bhartiya Janata Party (BJP), leading to resignation by over a dozen local leaders and workers, the administration has identified a number secure places to accommodate those who are facing threat.

Over a dozen local leaders and workers have so far publically announced their disassociation with the BJP while some others have resigned as panches and sarpanchs in the valley, including south, north and central Kashmir districts.

However, senior BJP leaders, including Ashok Koul, have already taken up the matter of security of BJP local leaders, workers and panches and sarpanches with the local administration without getting any response so far. After the killing of BJP sarpanch Sajad Ahmad Khanday at Vessu Qazigund in south Kashmir district of Kulgam on August 6 and critically wounded another sarpanch Arif Ahmad Khan a day before, Mr Koul wrote a letter to national president of the BJP J P Nanda requesting his immediate intervention so that ground level political workers could feel secure and continue their work for the weaker and downtrodden people of the society. Only on Monday a BJP local leader who was injured in militant firing a day earlier died in the hospital evoking condemnation from other political parties.

Official sources told UNI that it was not practically possible to provide individual security to thousands of panches, sarpanches and political activists in the valley, where over 12000 panchs and sarpanch and chairman urban local bodies are vacant. Dozens of others have also resigned due to threat perception, they said.

Keeping in view the threat perception and other factors, the government decided to provide secure joint accommodation for sarpanches, panches and other ground level workers who are facing threat. A number of places were identified and large number of these activities were accommodated with proper security arrangements to foil any militant attempt to cause any harm to them.

But, sources said, many BJP sarpanchs and panches or workers were attacked after they left these secure places without informing police or any other security agency in that area. Arif Khan was shot dead by militants after he left security zone for his house, sources said adding they are becoming the easy target of militants under these circumstances.

During the past 24 hours hundreds of sarpanches and panches besides political workers have been shifted to secure accommodation in south and North Kashmir. A number of hotels were hired to accommodate these people, sources said adding similar safe zones will be created in other areas of the valley, where ground level workers of different political parties are facing threat perception.

The National Conference (NC), Peoples Democratic Party (PDP), Congress and other political parties were alleging that security of their leaders and workers were withdrawn despite threat. Now the BJP is raising concern about the security of their cadre after recent attacks in Kashmir valley.

However, senior BJP leaders, condemning the attack on their leaders and workers, said they will not be cowed down and their ground level activists will continue to work for the betterment of people.