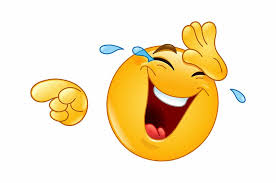 And yes, the late night boom that reverberated across the city and several parts of south Kashmir on Tuesday was indeed a quake, seismologists later confirmed. But before that, social media humour and rumour mills were already on overdrive with messages facetious, flippant and sometimes funny.

The National Centre for Seismology (NCS) confirmed that a 3.6 magnitude earthquake was recorded around 9.40 pm at a shallow depth of 5 km. No one was quite sure till then what caused the loud noise and sudden shaking of houses in Srinagar this was followed by another after 10 minutes.

Twitterati was unstoppable by then, using references from popular culture and current events for a series of posts.

One post blamed ‘Rashi’, a character from the 2,184-episode Hindi TV soap Saath Nibhana Saathiya which ran on Star Plus for seven years. She put an empty pressure cooker on the gas stove and it eventually burst, it said, provoking mirth all around.

Amid continued tensions along the Sino-India border, another said it was “a missed call by China” and attached a string of smileys.

“Friends, we in #Kashmir are now in the era of municipality-limited earthquakes. 2-second tremor in 15 wards, with epicentre under galli no. 420,” said a tweet amid confusion over whether it was an earthquake or an aircraft breaking the sonic boom barrier.

The first post that appeared said in Kashmiri that there was an earthquake type feeling but the same is not confirmed by the officials.

“It wasn’t an earthquake but earthquake-like, it wasn’t a blast but blast-like, aur humari zindagi essi confusion mein rahi ki us nay iiqrar kiya k inkaar (And our life continues in this confusion as there was no confirmation nor a denial),” said another.

One Twitter user posted a picture of “Jadoo”, the blue ET-style alien from Hrithik Roshan starrer Koi Mil Gaya and attributed the boom to his presence near “Ghantaghar” at the city centre Lal Chowk.

A notification in August issued by the Indian Air Force about night exercises also started doing the rounds of WhatsApp and people said it could be a war exercise.

Even a tweet from Deputy Commissioner Shahid Choudhury failed to put a lid on humour.

Some netizens, tongue firmly in cheek, said the Jammu and Kashmir administration was testing the restoration of 4G internet service, resulting in shocking the entire Union Territory.

The union territory, except for Ganderbal in Kashmir and Udhampur in Jammu, has been operating on 2G internet services since the abrogation of Article 370 on August 5 last year.

There were no reports of any casualties or damage to property from the tremors on Tuesday night.