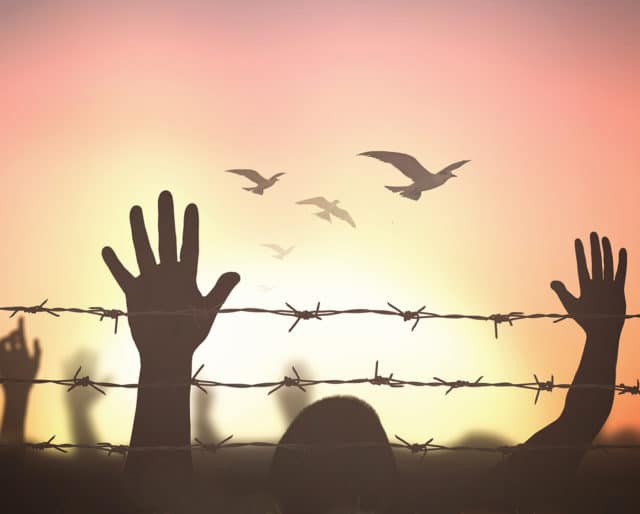 Today, as the world observes Human Rights Day every year, India and its government must reflect on its record. With accusations of human rights abuses on the rise both at home and abroad, the government needs to do more than denial and damage control.

A pertinent reference point should be the UN High Commissioner for Human Rights Michelle Bachelet’s recent appeal to the Government of India to safeguard the rights of human rights defenders and NGOs, and their ability. Referring to the arrest of Jesuit priest and a tribal rights activist Father Stan Swamy, she flagged concern over the use of the Unlawful Activities Prevention Act (UAPA) to rein in rights activists. Also alleging that FCRA was being used to “deter or punish NGOs” for human rights reporting, she called on India to review the Act.

Bachelet observed; “Constructive criticism is the lifeblood of democracy. Even if the authorities find it uncomfortable, it should never be criminalized or outlawed”. She urged India to ensure that no one is detained for exercising their rights to freedom of expression and peaceful assembly. Will the government pay heed, is a question to be persistently asked.

India is a signatory to the Universal Declaration of Human Rights (UDHR), which was adopted by the UN General Assembly on 10 December 1948. The UDHR is a milestone document that proclaims the inalienable rights which everyone is entitled to as a human being – regardless of race, colour, religion, sex, language, political or other opinion, national or social origin, property, birth or other status.

Today, to many it’s ‘fashionable’ to talk about human rights to prove how progressive and rational we are. But as has been mentioned times without number a country like India is far different from Western nations, where levels of education, understanding and awareness are much higher than ours. Rights can be achieved only when the population of a country is aware of the same and can assert its implementation in various walks of life.

In this country where education – not literacy – levels are abysmally low, the masses are totally unaware of their rights, whether it relates to life, marital relations, property rights, social relations etc. As such, how much we may clamour of being the world’s largest democracy, a major section of the population cannot think of enjoying basic human rights in society.

Added to this is the condition of political life in the country, where even educated sections of society are throttled and imprisoned for asserting their rights. The feudal culture has largely remained though some educated politicians wanted to prove to the world that we are a democratic polity. In recent times, this culture along with fascist tendencies has pervaded society and violated the social mind of the individual.

If rights are to be enjoyed only by the upper echelons of society, this is very much evident in Indian society. The poor and the economically weaker sections are restrained from say labour rights, right to education and health, right to be protected from environmental hazards and right to live even a semi-dignified existence. If this is the state of affairs, all talk of human rights seems meaningless.

But the international community as also rights activists in the country will find this unacceptable as they are not quite aware of the ground reality. There are already cries across the country and abroad of the present regime being a repressive one, throttling human rights. There can be no denying that the situation is indeed quite abnormal. Apart from the right to protest being taken away, institutions that do not toe the line of the ruling party are being victimised in novel ways. Political analysts claim such a situation hadn’t occurred even during the dark days of Emergency.

The first criteria of ensuring that people enjoy basic rights is to endure that they are provided with the essentials of life, specially food and shelter as also education and health facilities. It is difficult to presume that the poorer sections are assured of two square meals as also have a shelter with water and sanitation facilities. As these are yet to reach the entire population, the talk of rights to this unprivileged section is sheer meaningless.

To ensure human rights to the masses, there is need for reforms and strategic shift in planning. It is indeed distressing that plans and programmes are formulated at a level where the concerns and basis needs of the marginalised sections are ignored, thereby not giving them the basis rights of life and livelihood. Can we say with authority that tribals, dalits and other backward sections enjoy what may be called human rights?

The erosion of human rights, not just in democracies in India, but in many other countries is a cause of serious concern. Another aspect of this erosion is the fact that weak and impoverished sections suffer due to this erosion and have to fight for their livelihood. At the same time, rights activists are rightly questioning whether citizens have been stripped of their rights and shoved into prisons and allowed little recourse? Arrests of several left-wing activists with regard to communal riots and protests appear to becoming a near normal!

Meanwhile, some are hoping that US President elect Joe Biden in his bid to reclaim America’s position as a moral policeman, may at some point voice concerns about human rights abuse in this country. Perhaps, the Modi government may face questions on the controversial Citizenship Amendment Act or for that matter on Kashmir, as Vice President Kamala Harris had been vocal about human rights violations there.

Biden may just follow Obama’s lead in privately urging Modi that India should not be divided along religious lines. His address to Indian delegations must underline the importance of protecting minorities and how that forms an important part of the “shared values between the two countries”.

It is pertinent to refer here to the US State Department, whose human rights reports have catalogued serious such abuses by the Indian government in recent years. It must not shy away from expressing its concern or disappointment at key moments and perhaps have Harris to occasionally deliver some honest chastisement to the country from where she traces her roots. One cannot but agree that the centralisation and oppressive outlook of national governments, and of course that of India, have gone a long way in entering the individual’s space, where love has been deemed an act of war, dissent anti-national, rape a justifiable resort and biryani a weapon of mass destruction. The present trends are, no doubt, dangerous and need to be put a stop to. The people, particularly the educated must “Stand Up for Human rights”, as in UN’s generic call and ensure a just society. The government must respond and constructively.