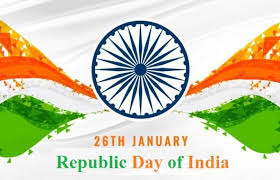 Srinagar: A multi-layer security arrangement coupled with ground and aerial survey has been put in place on the eve of R-Day to conduct all official functions smoothly across Kashmir and to foil all possible attempts by the militants to disrupt the functions.

Security forces have also intensified frisking operations across Kashmir especially in the capital city of Srinagar and on various points on Srinagar-Jammu and Srinagar-Baramulla.

A senior police officer told news agency that fool-proof security arrangements have been put in place to ensure smooth conduct of all R-day functions across the Valley.

“There is ground surveillance and there will be aerial surveillance. So both human and technical means will be used to ensure incident free R-Day. Militant presence is there but will thwart all their plans that are aimed at disrupting the R-Day functions,” the official said, when asked about the preparations in place for smooth conduct of January 26 functions in Srinagar and elsewhere.

He said that all security agencies are maintaining a close synergy. “We have intensified frisking across the Valley especially Srinagar. We urge people to cooperate with the security officials during frisking as it is for their safety,” he said, adding that “hope weather will improve in the days ahead so that all functions are held smoothly.” The police official said that this time, there is very less frisking on roads in Srinagar and elsewhere. “We are not unnecessarily stopping vehicles and frisking them,” he said.

Meanwhile, commuters travelling on various roads in Srinagar and on highways alleged that they were subjected to harassment by the security personnel, who asked them to show identity cards, vehicle papers and dashboards of vehicles, which led to traffic snarls at various important junctions.

A police source said that special checkpoints have been set up in Srinagar which is on a high alert and drones too have been pressed into service to keep a close watch on suspects. “Sniffer dogs too are being used in and around the venue and roads leading to the main venue in Srinagar SK Stadium Sonwar stand closed for all types of vehicular traffic,” he said. In view of the bad weather in Kashmir, the divisional administration has made alternate arrangements if the weather further deteriorates on January 26. “We have kept alternate arrangement ready in all districts if the weather turns bad on R-Day eve,” said Divisional Commissioner Kashmir P K Pole.