‘Polish those teacups with vinegar before putting them back.’
‘Oh, push that insolent hair back in your bun!’
‘No dates on Sundays! You must go to the Seng Khasi hall for sermons.’

Seng Khasi was the organization formed to undo the non-tribal and British influences on the community. Being a devout indigenous Khasi was supreme for the grandmother, and she had obdurate views about everything, especially matters of discipline. The children performed all their ancestral worships, and on Sundays, went to meetings of Seng Khasi. With this unequivocal induction into life by a materfamilias, the girls learnt to keep a home, study, perform ancestral worships, go for annual pilgrimages to heaven’s navel and take care of their father, however drunk he returned home.

A homemade safety test was administered to all the children in the house. On pertinent days, an egg was broken, and if it cracked completely open the first time, the girls would be grounded and made to sit beside the grandmother all day; the unbroken egg was an unmistakable sign that if they were permitted out, they would be lured by non-Khasi boys who would make them pregnant.
Those days, elders would tell their girls all manner of stories to keep them away from non-tribal males. ‘Don’t hold their hands, or they may transfer a spirit into you’, or ‘when you see them on the road, walk in a cross pattern before them to ward off trouble.’
In the hills, fatwas by village durbars or NGOs aimed at restricting alliances between a Khasi woman and a non-Khasi man were neither new nor unusual. At the heart of the issue, rabidly gnawing at the tribe for decades, was the suspicion that an alliance between a Khasi woman and a non-Khasi man was a mere social contract that would allow the outsider male to exploit the tribal status of the Khasi woman who inherits her family’s fortune, especially, the khadduh.
Grandmother’s egg remained stoic once in a while, and the girls would then skip school. On such evenings, their aunts would drop in. They’d together slice vegetables for pickling and later, sit with red tea and balls of fried rice dipped in jiggery.
‘Iewduh seems to be getting smaller for our stalls,’ an aunt would complain.
‘Have you heard that Shylla is all set to marry a Bengali?’ another would snort, speaking of their wayward cousin.
Soon, the evening would culminate with a few rounds of phawar or folk rhymes that Khasis pass on orally from generation to generation. Their grandmother’s favourite phawar was:

(Fish at Ward’s lake are crazy about chickpeas

Look my compatriots lest you are crazy like uncle)

The Khasi males always used the phrase leit khwai or ‘to go fishing’ when trying to court young girls. In this phawar, the word dohkha (fish) refers to young and naive Khasi girls who are at the very heart of the matrilineal system. Like the fish of Ward’s Lake, a man-made water body commissioned by the British officer Ward, the girls can be easily lured and swept away by the false promises of love. The word ‘uncle’ here implies any non-tribal male. ‘Stay away from the men of the plains and the British who’ll ultimately leave us for the women of their own community,’ their grandmother would tell the girls. And then squeezing her eyes shut, she’d pray into some rice and keep it in their pockets before they left home the next day. ‘May He keep you away from all troubles,’ she’d tell them at the door.
Back then, the East India Company seemed to have considered it their duty to ‘redeem’ the hill people of Khasi and Garo Hills who followed their traditional animistic religion. The British dubbed them ‘noble savages’ and tried to confer upon them ‘the blessings of the civilization’ through Christianity. Evangelization among the Khasis was started in the early 1800s by Christian missionaries long before the occupation of the hills by the British government. Thomas Jones, the founder of the missions, was given the job of spreading education in the hills, but the biggest objective was to preach Christianity. Opposition to the schools by the locals commenced when young pupils refused to join animal sacrifices, venerating family spirits and eating raw meat, as was the custom of Khasis in those days. They cut their long hair, and covered their bodies.

By 1864, the government assumed almost entirely the financial burden of educating the tribes. The Khasi women were eager to learn since the matrilineal system placed a heavy responsibility on women: the raising of their children. Within the next two years, the schools in the hills rose to seventy, with about 1316 pupils. Along with literature, medical missionaries also helped in the rapid progress of evangelization.

Khasis were often victims of regular outbreaks of diseases such as cholera and small pox. Before the British, the tribesmen resorted to sacrifices to the spirits as remedial measures, which of course failed invariably and as a result, the members of the Lyngdoh clan, who propagated these sacrifices as medicine men, were soon discredited. The devastation caused by cholera was often so severe that the men finally succumbed to foreign medicines and vaccinations and soon, the mission gained a great deal of popularity. By the 1870s, people gradually ceased to regard Christian conversion as a sang, or taboo. The number of converts swelled to 514 by 1971. Today, about 80 per cent of Khasis are Christian converts.
Grandmother knew about the literature, medical missions and hygiene consciousness that the English brought to the hills, but for her, all this was a pointless prelude to the real story—the deviation of the people from their traditional reputation of simplicity and truthfulness. They ceased to regard their sacred groves and pools, traditional dances and festivals. The dead were buried instead of being cremated and the ancient mawbynas, or the memorial stones erected by people for their ancestors, were flattened; in their place came homes, markets and churches. When the colonizers stopped growing with convoy and the guns to impose their will, they brought out their cultural artillery—dances at Shillong Club, Golf Club, Pine Wood and Western movies at Kelvin and Garrison cinema halls. Young boys and girls swooned to Dame Vera Lynn, fondly known as the ‘Forces’ Sweetheart’, when she came to Shillong for a concert—the crowds loved it. But throw in traditional instruments like a tangmuri or a duitara, the crowd’s noise would drown them out.

As a quick remedial measure, the Seng Khasi elders pushed their young to dance at Weiking Grounds for the Shad Shuk Mynsiem festival, not only celebrating the arrival of spring and the sowing of seeds, but also reinstating faith in the Khasi philosophy of the matrilineal system. Men, both married and unmarried, danced with their swords and whips, donning the role of protectors of maidens. Only unmarried and virgin women, as a rule, were allowed to dance and they shuffled in the inner circles: bare-footed, moving forward or backward with their eyes cast downwards.

Each year, Wansuk and Syrpai would dress in traditional family heirlooms of rupa, sai khyllong and pansgiant along with a lasubon, a silver attachment with flowers for their hair, and dance at the Weiking Ground. The silver crown on the virgin maiden’s head was to honour the position of the woman in the society, a keeper of not only her honour, but the entire Khasi race. 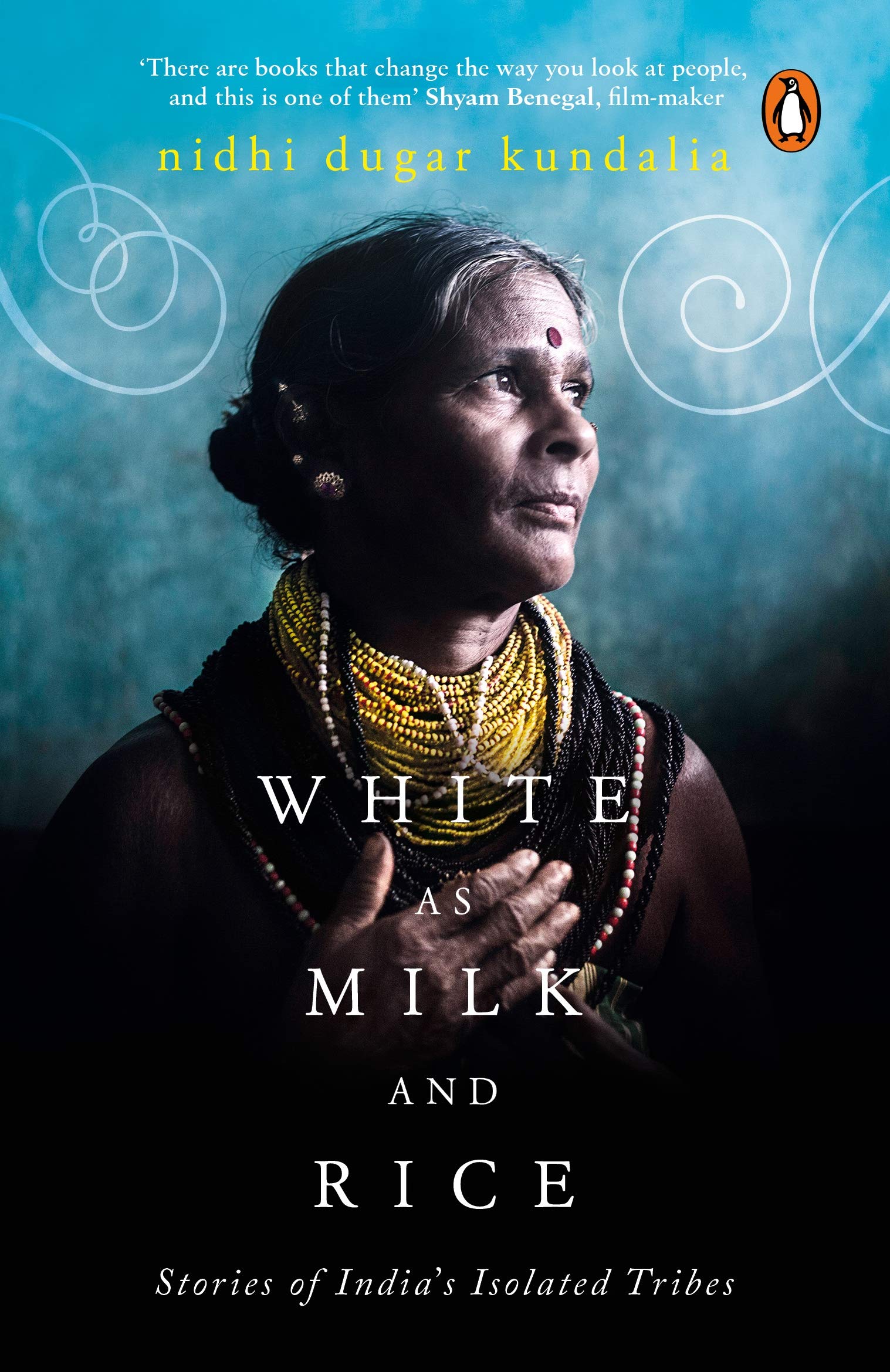 A part of British Colonial Oppression, the Meerut Conspiracy Case furthered the Indian Anticolonial struggle through Insurgent Resistance
Set amidst the placid environment of an elite Delhi club, M.G. Vassanji's "A Delhi Obsession" is a story of passion, love and faith