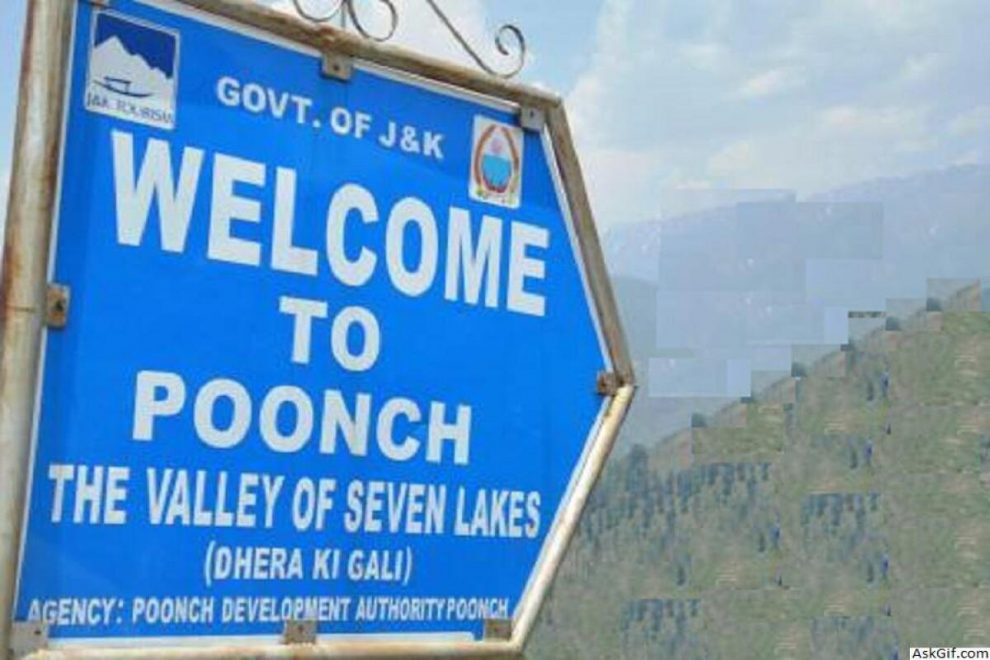 During the bloody events of 1947-48 when Pakistan inflicted war on India in Jammu and Kashmir, Poonch was under siege for full one year. The twelve months siege of Poonch was lifted by Poonch Garrison under the command of brave and courageous Brigadier Pritam Singh and his forces. The  forces that advanced from Rajouri under the command of Brigadier Yadav Nath Singh  liberated Bimber Gali on 8th November 1948, Topa Pir on 20th November and Dhani-na-Pir on 21st November.

At Dani-na Pir Brigadier Pritam Singh shook hands with Yadav Nath Singh and completed the Rajouri Poonch Linkup. On 23rd November, Brigadier Pritam Singh, Brigadier Yadav Nath Singh alongwith the victorious forces entered Poonch city where the natives of the town came out on the streets to welcome the Indian forces with the slogan of ‘Jai Hind and Pritam Singh Ki Jai’.  Every year on 21st November Poonch Brigade in collaboration with the people of Poonch celebrate this occasion as Poonch Utsav at Pritam pavilion Poonch. A number of programmes are organized on this day to celebrate the occasion and recall the memories of the martyrs of Poonch.

It is  a fact that ceasefire was imposed on 1st January 1949 and later on it was converted into line of control in the light of Shimla agreement   in 1972. However, it is also a reality that cease fire on the LOC was never effected seriously (barring 2003-2011) by Pakistan as she wants to keep the pot boiling so that Kashmir issue could remain alive. Poonch sectors remained the main target of shelling and firing across the LOC. This year also 278 ceasefire violation have been done by Pakistan in Poonch sector which resulted in  deaths and injuries of civilians apart from loss of moveable and immoveable  property   of the people of border villages due to shelling and firing across the LOC. The border people never got opportunity to live normal and peaceful life and they always remain under the grip of miseries, sorrow and sufferings.

In this scenario Poonch Brigade is not only defending the territory on the LOC but also keeping helpful attitude towards the victims of firing and shelling across the LOC and uplifting the natives by providing social and economic incentives and facilities.  The present Brigade Commander A.S. Pendarkar and Deputy Commander M.S. Sabbarwal have full liaison with the pubic, know their problems and grievances and try to provide all possible help to them especially to the victims of shelling and firing across the LOC.

Say the Sarpanch Shamas Din of Degwar village located exactly on the LOC and Sarpanch of Qasban village Mohd Ishaq Khan  that the natives of  border village Degwar, Bagyal Dara, Sokar, Qasban, Kirni, Kalsan,Khari, Karmara and Shahpur located on the LOC  are the main sufferers of shelling across the LOC. To help the natives of these areas, the Poonch Brigade adopted Degwar, Begyal Dara and Sokar as modern villages. This year 42 solar lights have been provided to  house holds where power supply was not available. A community hall with all modern facilities has been constructed near Malti for Sokar Degwar and Bagyal Dara villages with all modern facilities. This community hall has been handed over to the natives for their day to day use. The portable water supply facilities have been provided to left out Tugla hamlet of Degwar. This year seven Medical and Veterinary camps were organized at Degwar, Qasban, Bandichachian top, Kirni and Shahpur, in collaboration with the Health Department. In these camps, after proper diagnosis free medicines and life saving drugs were provided to 798 patients of these border villages. In August 2017, under Bharat Darshan tour scheme, a group of 20 farmers of these border villages including Gaggrian Sawgian was sent to Shimla and other areas to know the modern techniques about agriculture and allied activities.

Medical Superintendent Bhatti told that this year the villages along side the LOC remained the main victims of firing and shelling across the LOC. Apart from deaths, about 72 persons got injured seriously in these incidents. While shifting them from the spot to the hospital the seriously injured persons lost lot of blood. As but there was shortage   of blood  in the blood banks, the Commander of Poonch Brigade was approached for donation of blood from army side so that the life of injured civilians could be protected. On the order of Brigade Commander, the deputy commander M.S. Sabbarwal contacted units and arranged sixty army Jawans who volunteered themselves for blood donation and came to District Hospital Poonch and donated their blood for the injured civilians who were in need of blood. With this goodwill gesture the Poonch Brigade saved a number of seriously injured civilians. This was really a human face of Indian Army jawans who inspite of seriously engaged on the LOC in retaliating the firing and shelling from across the border donated their blood to save the natives of the border people.

Kirni is a  village with 106 families. It is  from almost every side. Majority of local springs remain on the other side of the fencing. As they were facing lot of problems in getting drinking water, to help the natives a water supply scheme was  constructed by Poonch Brigade which shall be  commissioned shortly so that the families of fenced out village could get tap  water . The Sarpanch Ishaq Khan said that recently in village Qasban a young boy was killed due to shelling across the LOC. The brigade Commander A.S. Pendarkar personally visited the house and  helped the family financially besides providing employment to one person of the family.

The ex-Sarpanch Gagrian Mohd Zaman told that during 2016 due to heavy shelling from across the LOC, the whole small township of Gali Median was burnt and twenty nine shops and structures were destroyed. The natives of the localities approached the Army officers posted there for the protection of the natives in future. The unit  immediately constructed a big concrete shelter shed with toilet and solar light facilities.  In case of shelling the natives could take refuge in this shed and save their lives.  On 11th September 2016 when three militants took shelter in a newly constructed Mini Secretariat Poonch near airfield, a young SPO Rajinder Sharma went there to get information. He was killed by the militants on the  spot. The martyr left his wife Anjana and a daughter. Mrs. Anjana met Commander A.S. Pendarkar and requested for the admission for her daughter in some reputed army school. Poonch Brigade immediately took the matter with the concerned authorities and got the daughter of martyr admitted in army school Dakshi near Shimla in Himachal Pardesh. It was great consolation and satisfaction for Anjana Kumari the wife of the martyr and her daughter.

Therefore apart from defending the area and giving befitting reply to enemy on the LOC, the saviors of Poonch (i.e. Poonch Brigade) are always engaged to normalize the life of the victims of cross LOC shelling through incentives and other measures. They have started a  number of people friendly projects in the border areas to improve their livelihood through social and economic avenues to reduce their pain and sufferings and to create cordial and congenial atmosphere in border area which is really the human face of the saviors of Poonch.

This is how Jammu & Kashmir State was formed in 1846
Mian Dido: The man Jammu must know
Comment