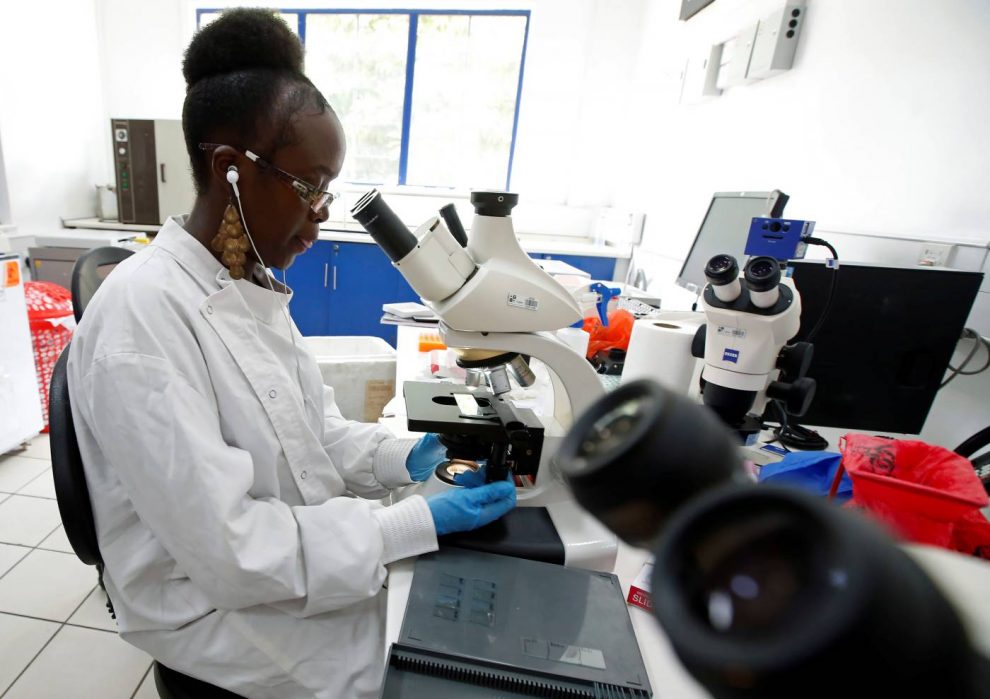 NAIROBI: Africa’s 1.3 billion people may have fared better than expected in terms of containing COVID-19 but the pandemic has dealt a severe blow to already weak health services, raising fears of excess deaths from other illnesses plaguing the continent.

A World Health Organization (WHO) analysis of 14 African countries found a more than 50% decline in services ranging from the provision of skilled birth attendants to the treatment of malaria cases in May, June and July this year.

“The COVID-19 pandemic has brought hidden, dangerous knock-on effects for health in Africa,” Matshidiso Moeti, WHO Regional Director for Africa, said in a recent statement.

“With health resources focused heavily on COVID-19, as well as fear and restrictions on people’s daily lives, vulnerable populations face a rising risk of falling through the cracks.”

Africa has recorded more than 2.4 million cases of COVID-19 and more than 57,000 deaths, according to the African Union’s Centres for Disease Control and Prevention, with the lower percentage of deaths due to early and strict lockdown measures.

Here is a look at three of the top killers in Africa and the estimated number of excess deaths caused due to the pandemic in 2020:

Each year more than 400,000 people globally die of malaria – a preventable and treatable mosquito-borne disease. An estimated two-thirds of deaths are among children under the age of five.

Sub-Saharan Africa shoulders the heaviest burden, accounting for 94% of malaria deaths worldwide. Nigeria, the Democratic Republic of the Congo, Tanzania, Niger, Mozambique and Burkina Faso accounted for up to half of world’s malaria deaths in 2019.

Due to the pandemic, many malaria prevention campaigns –  which include key distribution of bed-nets – have been delayed and patients unable to get to clinics for treatment due to fear of visiting a clinic or lockdown restrictions.

The WHO projects such disruptions will result in more deaths due to malaria than COVID-19 in sub-Saharan Africa in 2020.

The WHO forecasts a 10% disruption in access to anti-malarial treatment could lead to 19, 000 additional deaths in Africa this year and disruptions of 25% or 50% could result in an additional 46,000 or 100,000 deaths respectively.

Tuberculosis killed 1.4 million people globally last year and is one of the top 10 causes of death worldwide.

More than 95% of TB deaths are in developing countries with South-East Asia accounting for 44% of deaths, followed by sub-Saharan Africa with 25%.

These include countries such as South Africa, Nigeria, the Democratic Republic of Congo, Tanzania, Mozambique, Ethiopia, Kenya, Uganda and Zimbabwe.

Due to the pandemic, in many countries doctors and health workers have been shifted from tracking TB cases to tracing people infected with COVID-19 and equipment and budgets reassigned in the fight against the pandemic.

As a result, millions of TB diagnoses have been missed.

Modelling by the WHO suggests this is likely to result in 200,000 to 400,000 excess deaths from the disease this year alone.

From the 690,000 people who died from HIV-related causes in 2019, more than 60% were in sub-Saharan Africa. Women and girls accounted for about 48% of all new HIV infections globally last year – in Africa, they accounted for 59%, according to UNAIDS.

The pandemic has led to people having their treatment interrupted because HIV services are closed or because services were overwhelmed due to competing needs for COVID-19.

Modelling conducted by UNAIDS and the WHO found that a six-month disruption of antiretroviral therapy could lead to more than 500,000 extra deaths from AIDS-related illnesses in sub-Saharan Africa.

This would take AIDS-related deaths in the region back to 2008 levels when almost one million people died, said UNAIDS.