Home Newsfeed How can govt deny the damage done by CAA: Bhupesh Baghel 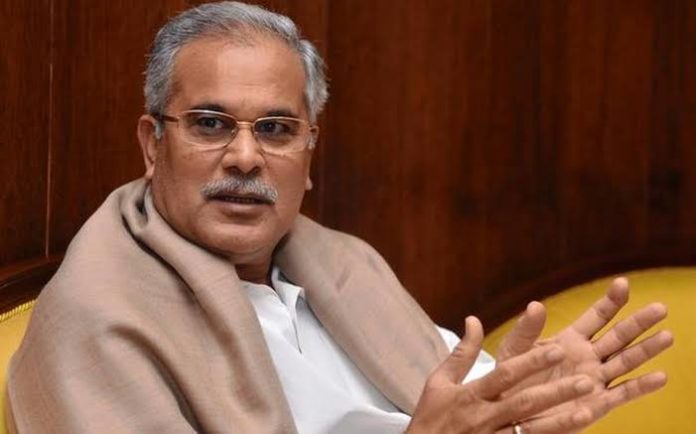 Chhattisgarh Chief Minister Bhupesh Baghel here on Saturday lashed out at the central government over the widespread protests on the issue of Citizenship (Amendment) Act and said that the entire country is burning because of it.
“The government passed the CAA and now the whole country is burning, several people died, the public property has been damaged and people have gathered on streets by leaving their jobs. How can they say that damage is not happening,” Baghel told media here. “If NRC (National Register of Citizens) is implemented, I will be the first person who will not sign the register. People believe me and in my government,” he added.
Baghel further said that in 1906, ARC was implemented in Africa and in 1907 Mahatma Gandhi protested against it, he refused to sign or to give a thumb impression. “Today is the same situation, from where the poor will submit documents and prove it. They are always migrating in search of employment and food. How will they submit 50-year-old documents?” he added.
While speaking on Jharkhand Assembly elections exit polls, Baghel said: ” I don’t believe in exit polls and I have full faith that there will be a coalition government.”
The voting process for the five-phase elections concluded on Friday and counting of votes will be held on December 23.
Protests have erupted in various cities against the newly-enacted citizenship law, which grants Indian citizenship to refugees from Hindu, Christian, Sikh, Buddhist and Parsi communities fleeing religious persecution from Pakistan, Afghanistan, and Bangladesh, who entered India on or before December 31, 2014.