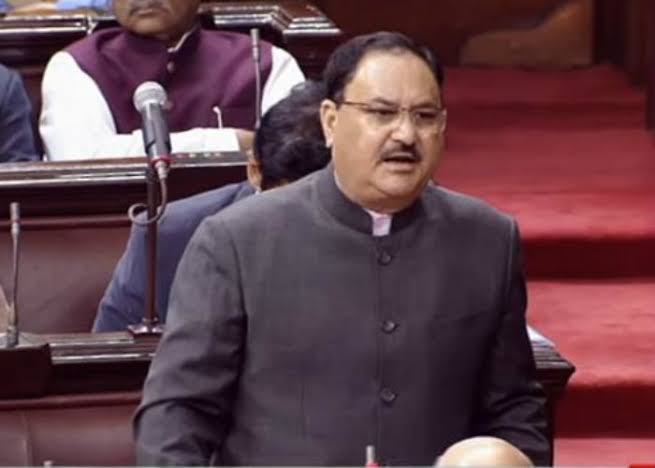 BJP working president and Rajya Sabha MP, JP Nadda on Wednesday explained that the Home Ministry gives or withdraws security to a person based on the threat perception.
Nadda was replying to Congress MP Anand Sharma in Rajya Sabha who raised the issue of withdrawal of Special Protection Group (SPG) cover to party leaders Sonia Gandhi, Dr Manmohan Singh, Rahul Gandhi and Priyanka Gandhi Vadra. “There is nothing political, security hasn’t been withdrawn. Home Ministry has a very set pattern and there is a protocol. It is not done by a politician, it is done by Home Ministry and according to threat perception the security is given and withdrawn,” Nadda said in Upper House.
“We urge the government that issues of security of our leaders have to be beyond partisan political considerations,” Sharma said.
The Congress party today gave a Suspension of Business Notice in Rajya Sabha under rule 267, over “withdrawal of Special Protection Group (SPG) cover to certain persons”.
The SPG security cover given to Congress interim president Sonia Gandhi, her son Rahul Gandhi and daughter Priyanka Gandhi Vadra was withdrawn last week by the central government after a security review. Their security detail was replaced with ‘Z plus’ security cover of the Central Reserve Police Force (CRPF).
Leader of Congress in Lok Sabha, Adhir Ranjan Chowdhury, earlier in the day gave an adjournment motion notice in the House on the Home Ministry’s move to remove the special protection from the Gandhi family.
Chowdhury and DMK leader TR Baalu later sought to raise the issue during zero-Hour but Speaker Om Birla did not let them speak on the issue saying the issue was already raised by them.
Yesterday, Congress members protested in Lok Sabha and came near the Speaker’s podium during question hour.